Directors thanks for Herold's Bay rescue

Cliff Coombe and Sydney Erasmus were awarded the NSRI’s Directors thanks for rescuing three teenagers at 14h48 on the 1st September 2019. Sydney entered the water at Herolds Bay with his body board to assist Cliff, who had taken a Pink Rescue Buoy to help three teenagers who were being pulled out to sea in a rip current. The awards were presented to Cliff and Sydney’s father, Ian (as Sydney is overseas) by NSRI’s Hennie Niehaus.

'We are delighted to be able to recognise Sydney and Cliff’s efforts, which saved the lives of the three youngsters, with this vote of thanks,” said Ronnie Stein, Chairman of the NSRI’s board of Directors in the citation. 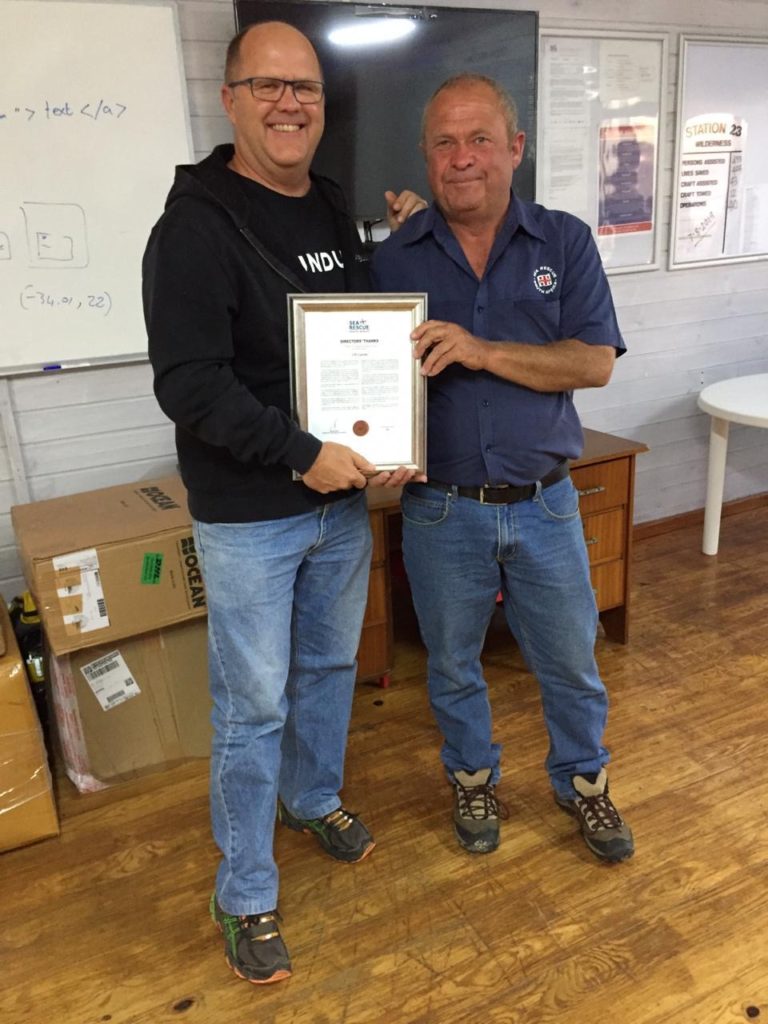 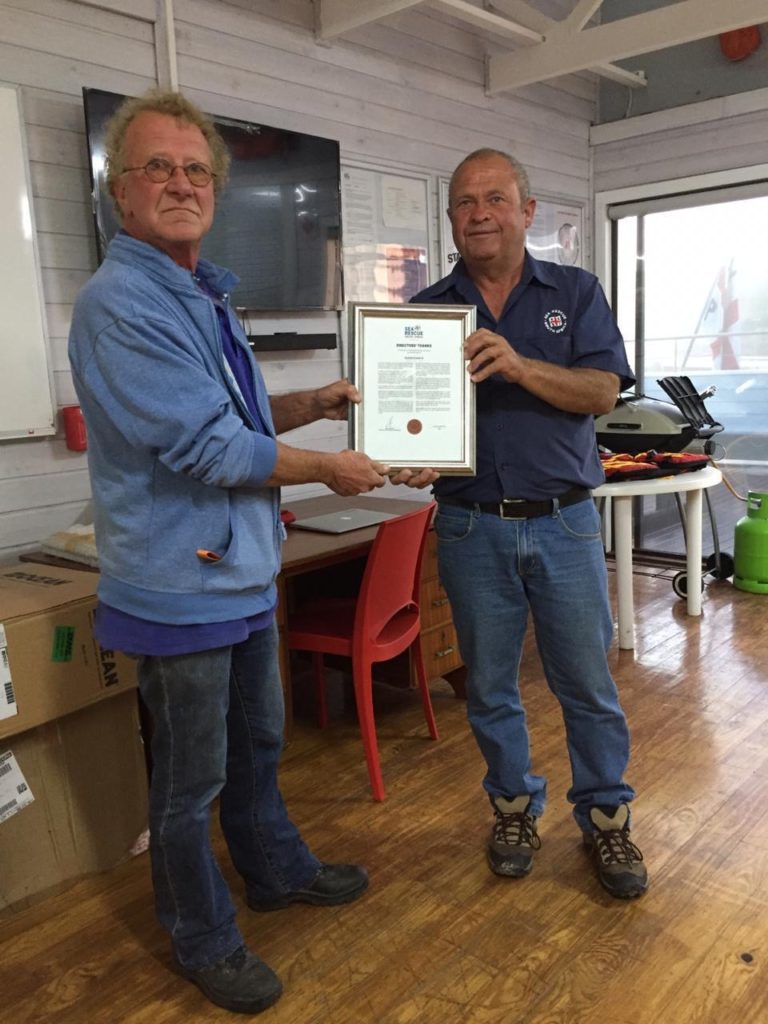 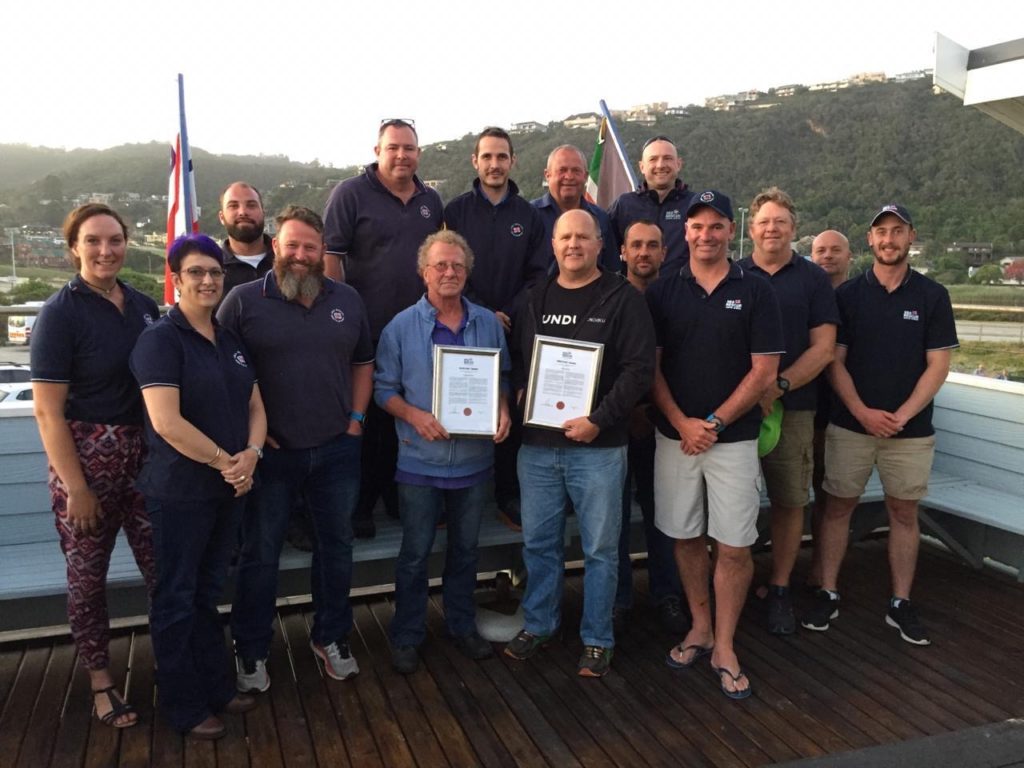 The Station 23 Wilderness volunteers with Ian and Cliff after the award presentation.
Share