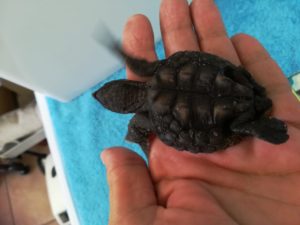 Arrangements were made with Bay World in Port Elizabeth and one of our NSRI crew members going through to Port Elizabeth on Tuesday morning delivered the turtle to Bay World after we had cared for the turtle in our safekeeping in Jeffreys Bay overnight.Bay World staff will take further care and the rehabilitation of the turtle and we are confident that the turtle will recover.Bay World have confirmed on Tuesday morning that most of the turtles left hind leg is missing and it is a Loggerhead sea turtle hatchling, about 2 to 3 weeks old, normally found in Northern Kwa-Zulu Natal and it is suspected that the small turtle may have been swept down the coast in strong currents and storms and from missing most of one leg that may have contributed to the cause.Photos of the small turtle are posted to the NSRI web page for media use.Ettiene is commended for his actions. 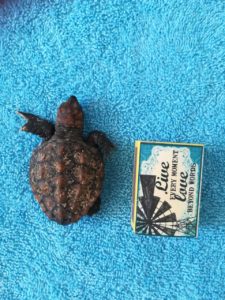