Teenager missing in the surf:

MILNERTON, CAPE TOWN:
At 18h31, Saturday, 22nd December, the The City of Cape Town (CoCT) Water Rescue Network were activated by Law Enforcement who were on the scene at Milnerton Lagoon beach where information of a child disappeared beneath the surf and who had not resurfaced were received.NSRI Station 3 Table Bay and NSRI Station 18 Melkbosstrand launched sea rescue craft and dispatched sea rescue vehicles to respond and NSRI lifeguards from Melkbosstrand were dispatched, CoCT Fire and Rescue Services Dive Unit responded and launched a rescue jet-ski on the scene, WC Government Health EMS rescue squad, the EMS/AMS Skymed rescue helicopter, ER24 ambulance services and the SA Police Services responded to join Law Enforcement officers who were on the scene and who had initiated a search operation.An extensive air, sea and shoreline search for a 14 year old male, from Parow, has revealed no sign of the missing teenager and a Police Dive Unit will continue in an ongoing search operation.It appears that the teenager and a 16 year old male friend were swimming in the surf when the teenager went missing in the surf after a wave washed over them and he failed to resurface. His friend raised the alarm.Police have opened an investigation.Law Enforcement and CoCT Fire and Rescue Services Dive Unit are assisting the SA Police Services and the Police Dive Unit in an ongoing search.Thoughts are with the family in this difficult time. 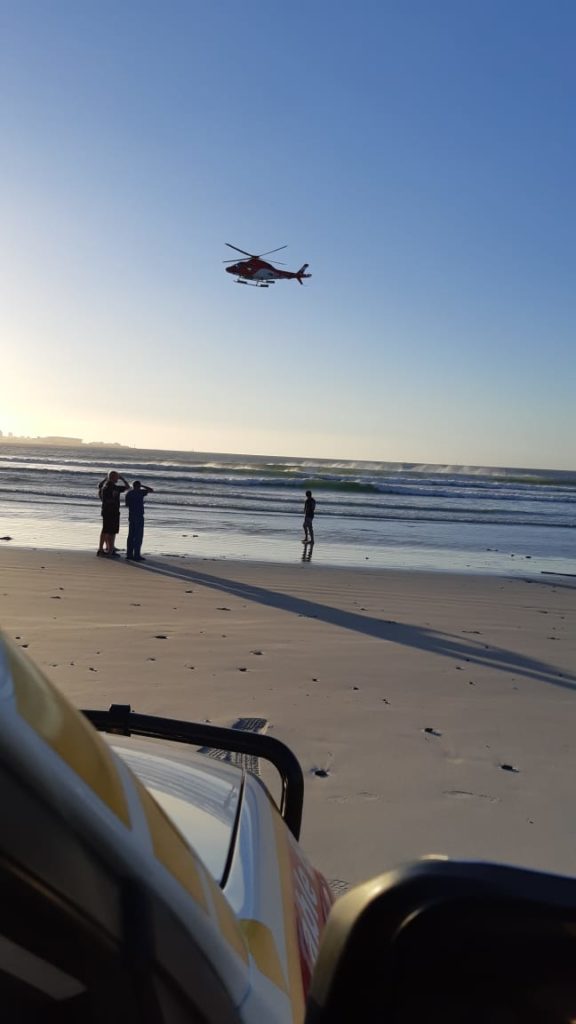 Father and son missing at sea: