The crew at Station 19 Richards Bay were out in full force over the weekend.

Brynn Gericke wrote: “We participated in the Port Festival by putting on a display covering the righting of our training vessel Flip-it, the casualties then lit flares and put out a call for assistance which activated the Spirit of Round Table II who dropped off two swimmers to assist the casualties attach a line to their ‘stricken boat’. The casualties were then placed on our rescue vessel whilst we righted their boat.

The port helicopter also participated and at the same time giving our crew much needed training time with their staff by lifting our rescue swimmers on and off our larger rescue vessel, The Spirit of Richards Bay.

On Sunday Station 40 from St Lucia also joined in on the activity but starting the morning off with some training before repeating the demonstration for day two of the festival.

The two larger vessels demonstrated how to right a capsize vessel which would be a skill needed in the afternoons demonstration. Some of the Station 40 were also included on a quick ‘rescue’ by assisting a yacht that had grounded in the harbour.

It was a full weekend of Public Relations, Inter Base Relations and preparation for the upcoming holiday season. ” 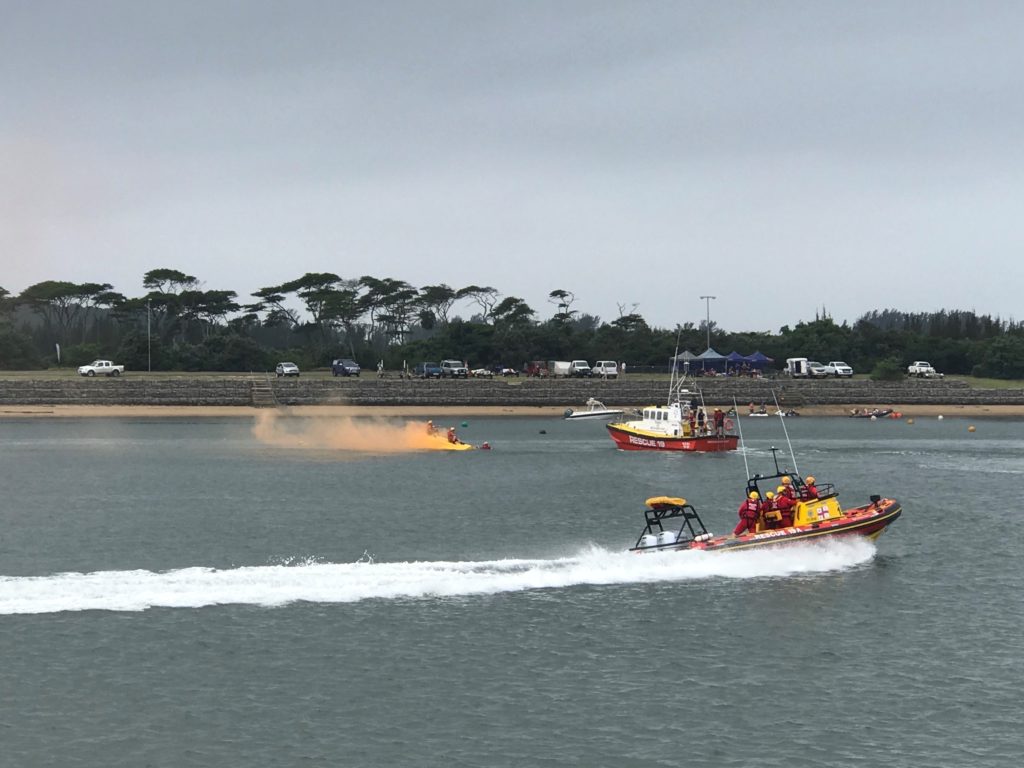 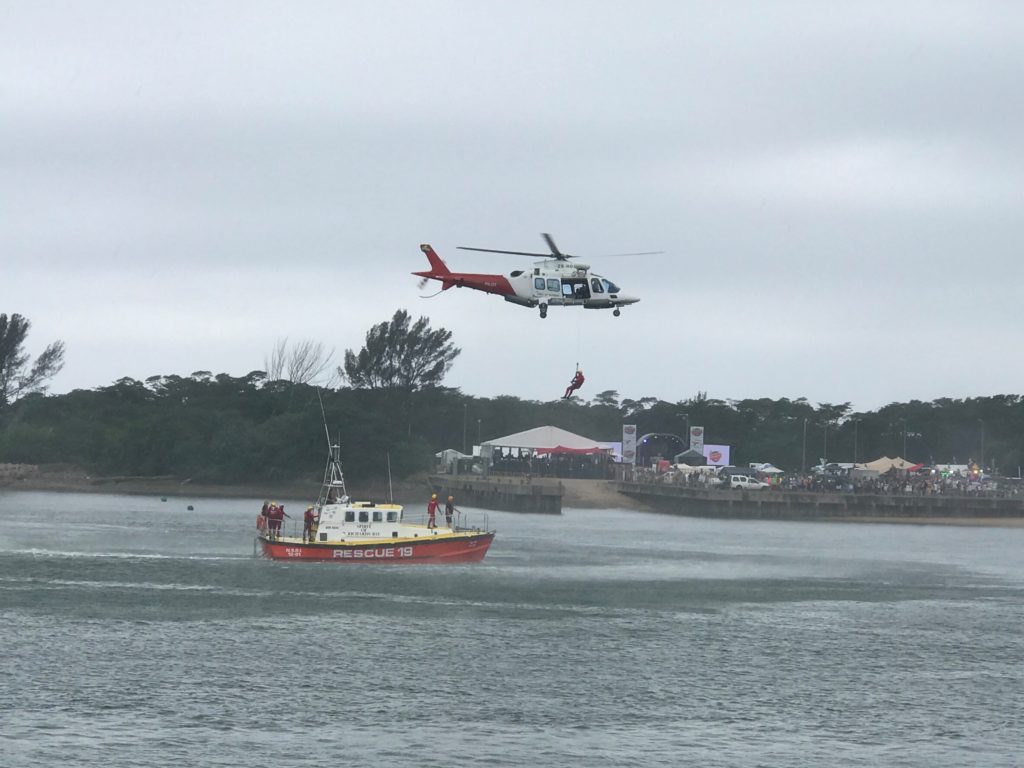 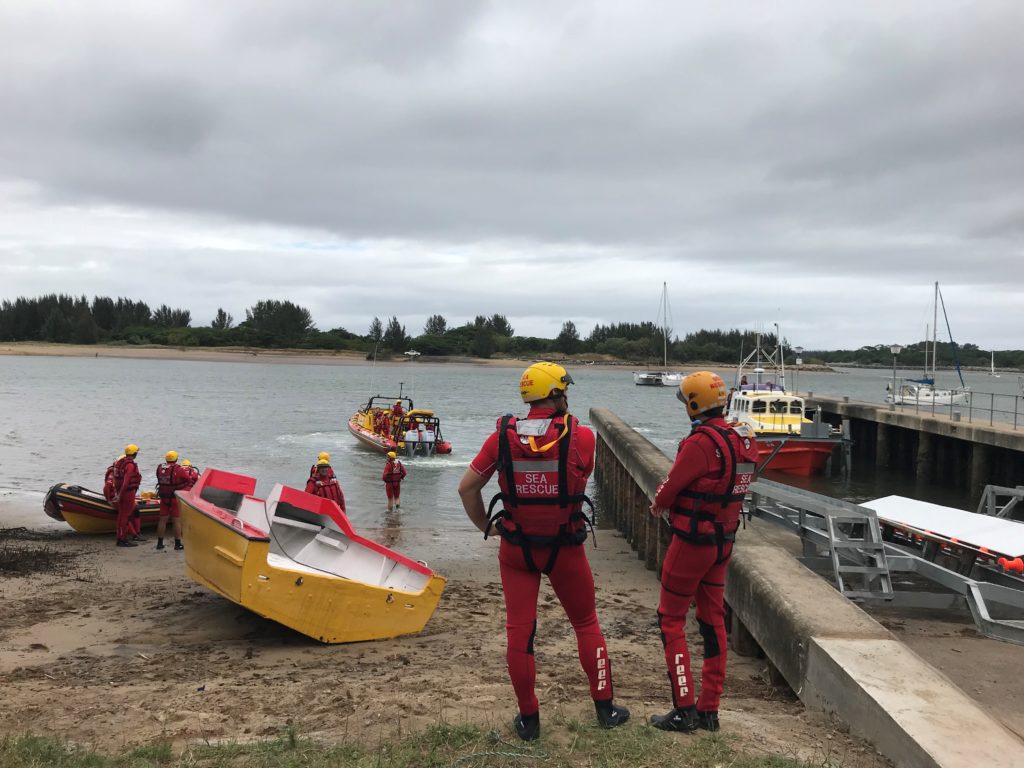 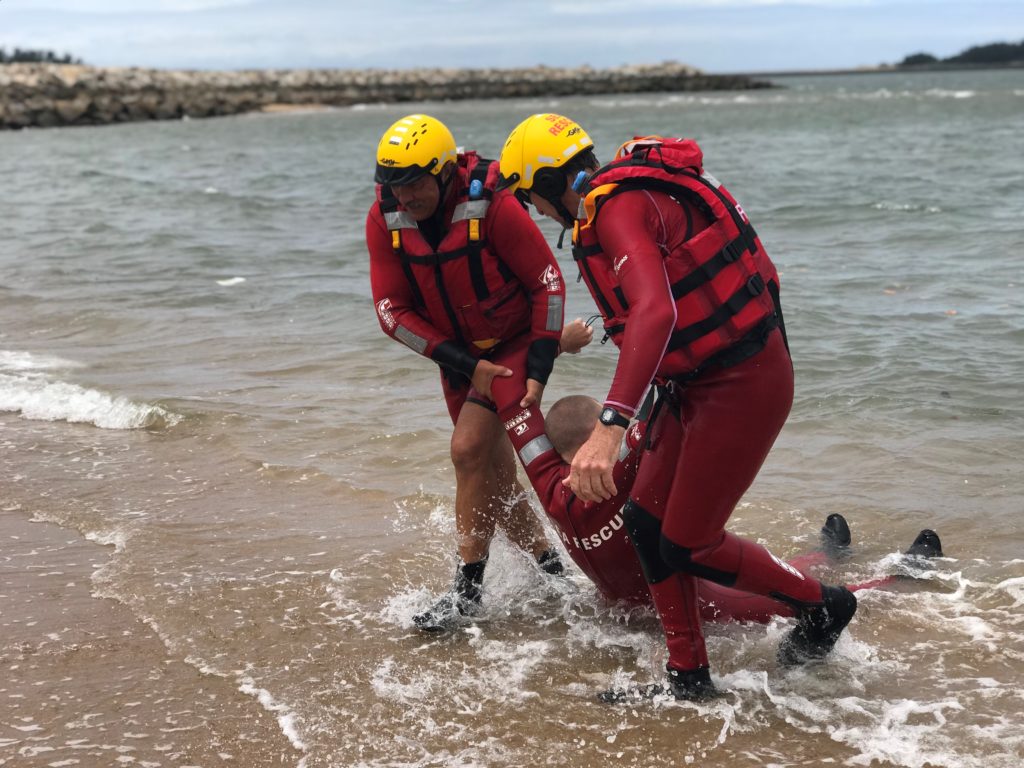 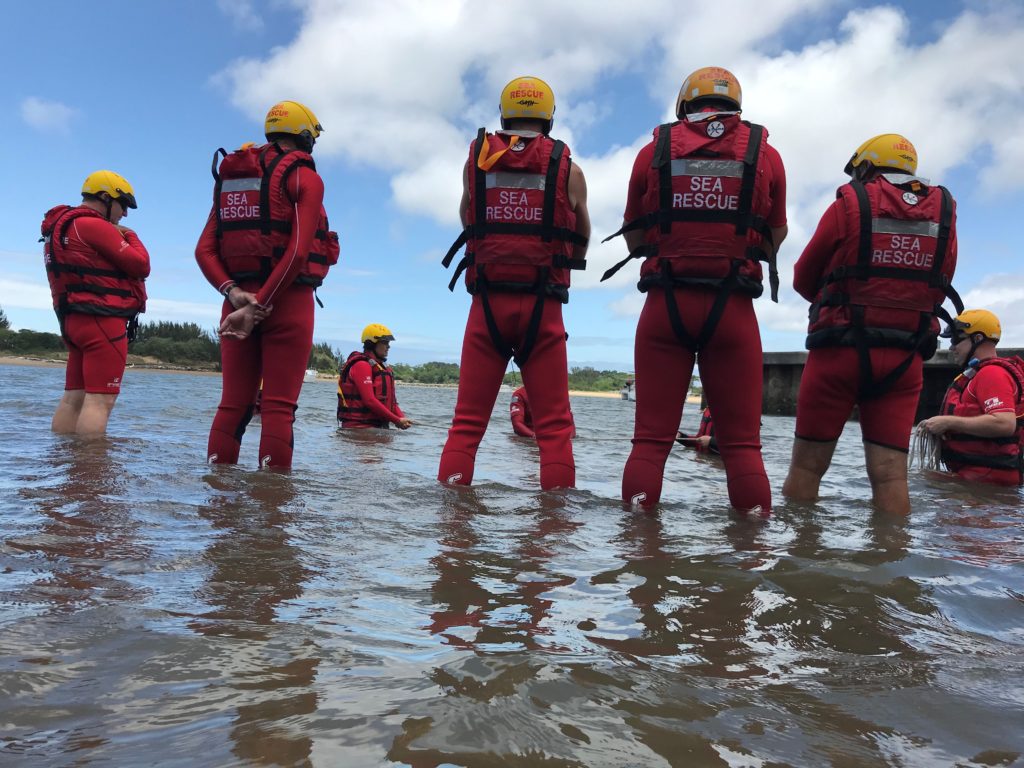 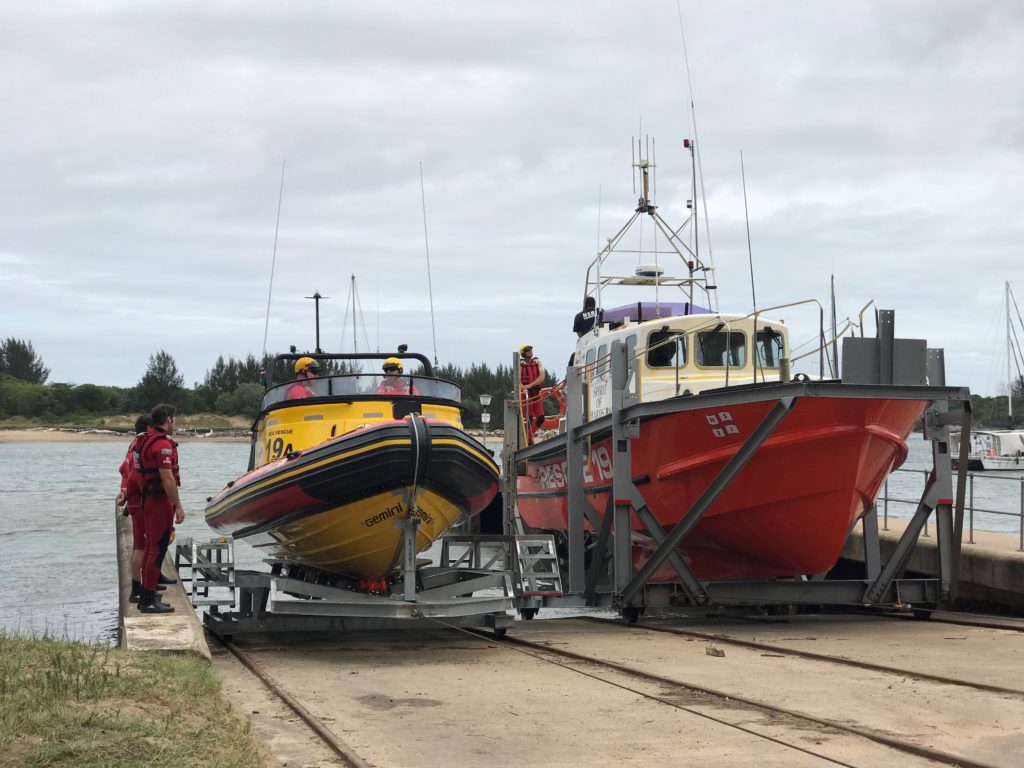 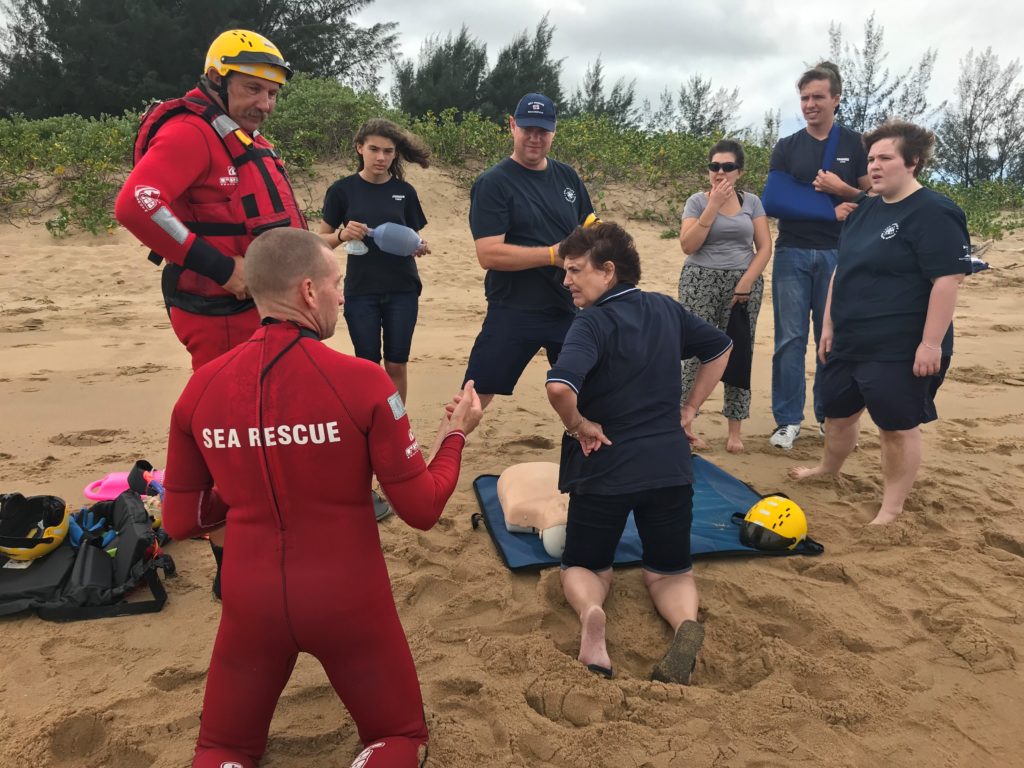 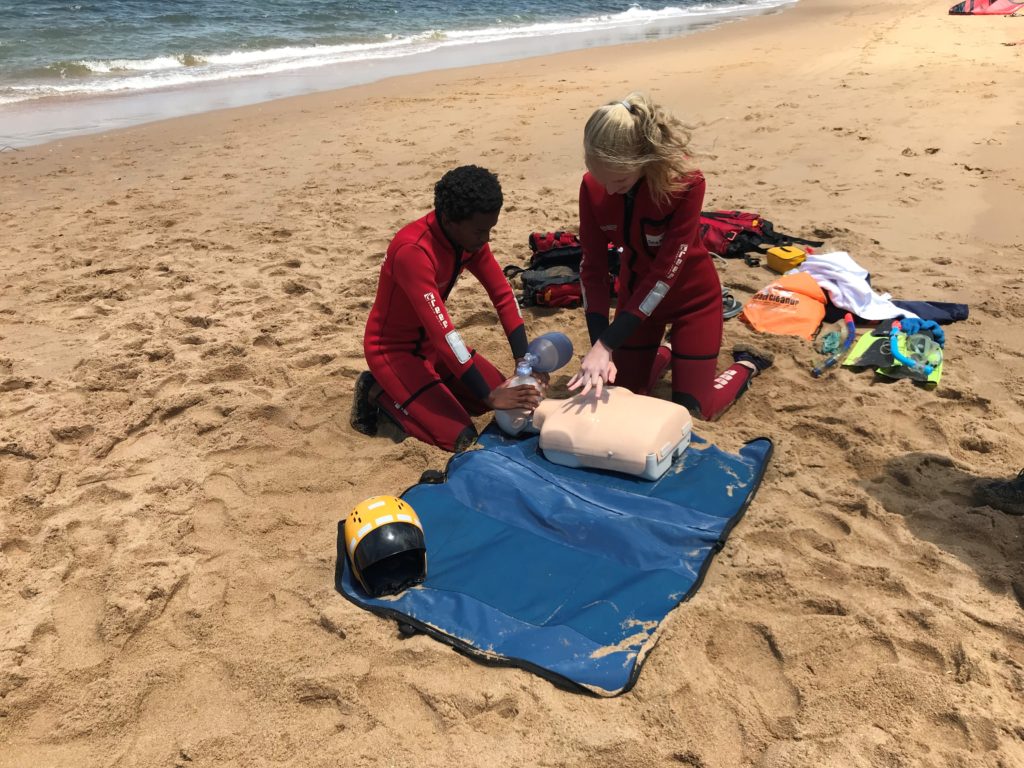