Beaches initially targeted were: Wilderness, Plettenberg Bay, Dappat se Gat, Strand and Monwabisi. As funding came in, more buoys were deployed. To date 300 buoys have been installed around the coastline and at rivers, dams and swimming pools.

One year later NSRI report a resounding success. 15 people have been rescued in a 12 month period.

Not only has the programme gained wide support locally, it has also attracted international interest and this month we attend the International Maritime Rescue Federation (IMRF) awards ceremony in Norway, where the NSRI Pink Rescue Buoy project is a finalist in the category Innovation and Technology.

Despite initial concern that these buoys would be stolen, for the most part of the year we ran at less than 10% being stolen, peaking at 22% being stolen.  Many of the buoys that had been taken were soon returned, fuelling our belief that awareness and community buy-in are critical to the success of the programme.

Sadly at Strand Beach we have had repeated theft of buoys at 5 sites along that 2km stretch of coastline (from Mostertsbaai to The Pipe).  Despite local sponsorship and an extensive media and social media campaign, theft of the Pink Buoys in the Strand left us with no other alternative but to withdraw the Pink Rescue Buoys from this area. This was not an easy decision. This is a known drowning hot spot and we remain extremely concerned about this area as the festive season approaches.

The buoys are pink because that is the most visible colour in the surf, and they are unique to NSRI, so if you find one that is not on its pole at the beach, you can hand it in at any surf shop, Police Station or call NSRI.

NSRI’s head of Drowning Prevention, Andrew Ingram says:  “We have proven that there is a definite need for these Pink Rescue Buoys. There is no doubt in our mind that this is a project worth investing in. 15 people rescued with the help of a Pink Rescue Buoy in 12 months speaks for itself.” 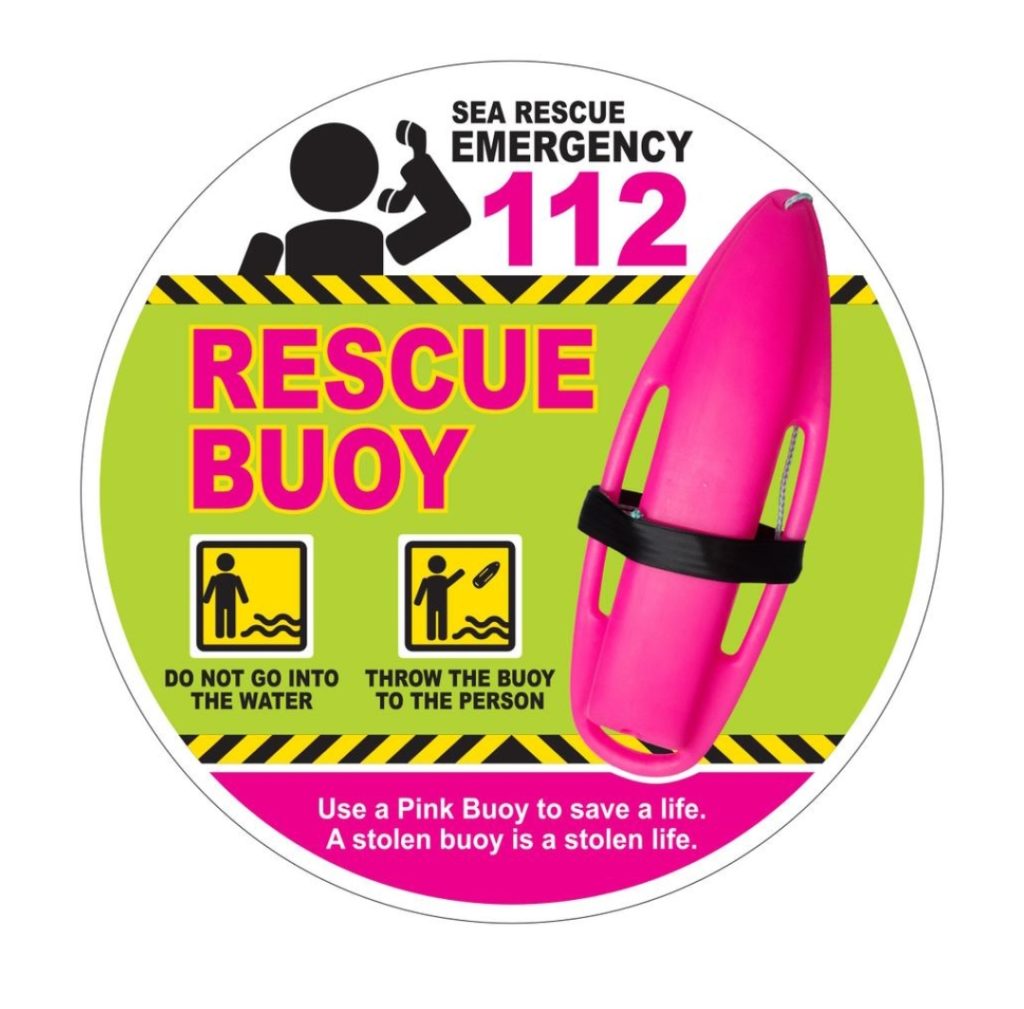