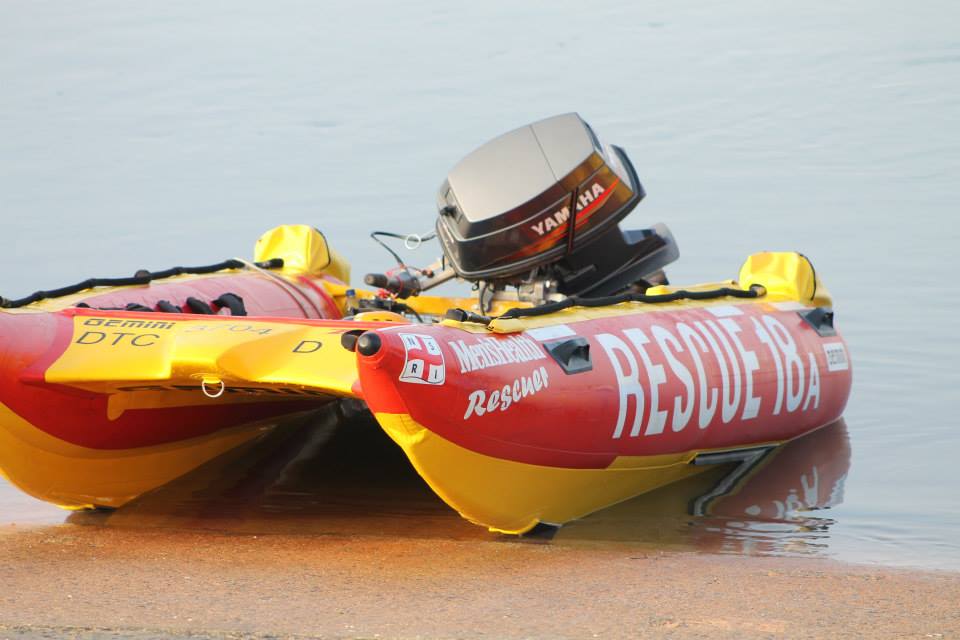 At 14h10, Sunday, 02nd August, NSRI Melkbosstrand duty crew were activated by the Transnet National Ports Authority (TNPA) to respond to Van Riebeekstrand, between Melkbosstrand and the Koeberg Power Station, following reports of a boat capsized.

On arrival on the scene a father and son, from Durbanville, aged 53 and 22, were taken aboard the sea rescue craft and their boat was righted and towed ashore without incident and they were not injured.

It appears they had been riding waves on their 4.2 metre rubber duck when it capsized in waves.

“On arrival on the scene a 7 meter catamaran was found capsized. All 3 occupants, two 35 year old males and a 25 year old female, from Port Elizabeth, had reportedly been in the water for about 15 minutes before being rescued by a rubber-duck passing by. The crew aboard the rubber duck raised the alarm and took all three of the casualties ashore who were medically checked by the arriving emergency services at Noordhoek Ski-Boat Club and they were confirmed to not be injured.

“We righted their boat and towed the boat to the Port of Port Elizabeth where they arrived and we assisted them to recover their boat onto their trailer and no further assistance was required.

“Their boat had sustained some damage.

“According to the three they had caught a large Yellow Tail fish while fishing at Cape Recife as a wave set came through. The first wave swamped their motors and they were capsized by a second wave.”