Alison Smith from NSRI’s Head Office was invited to the Royal Cape Yacht Club to receive a donation of R15,000.

The Lufthansa Twilight Sailing Series is the Royal Cape Yacht Club’s summer fun racing series where they invite guests and visitors out into Table Bay to experience the excitement of yacht racing while enjoying the glorious views of Table Mountain during sunset hours.

Lufthansa are a new sponsor for this series of races and with sponsorship covering the costs, RCYC take the small entry fees from the sailors and donate them to the NSRI at the end of the series.

“We have had such amazing support from Sea Rescue over the years, and we correspond with them regularly during the year as they are always willing to be on watch for our offshore races up to Saldanha Bay and back. They even go as far as loaning us their offices in the Mykonos Rescue Base so that we have a comfortable operations bridge to finish our races,” said Toni Mainprize, RCYC Sailing Events Manager.

The cheque was presented to NSRI’s head of Donor Support, Alison Smith by Karl Mainprize who was on board yacht Isla when NSRI Table Bay went out to tow her in during the Cape 2 Rio.

“I was there when they bought her in and they did an amazing job,” said Toni Mainprize 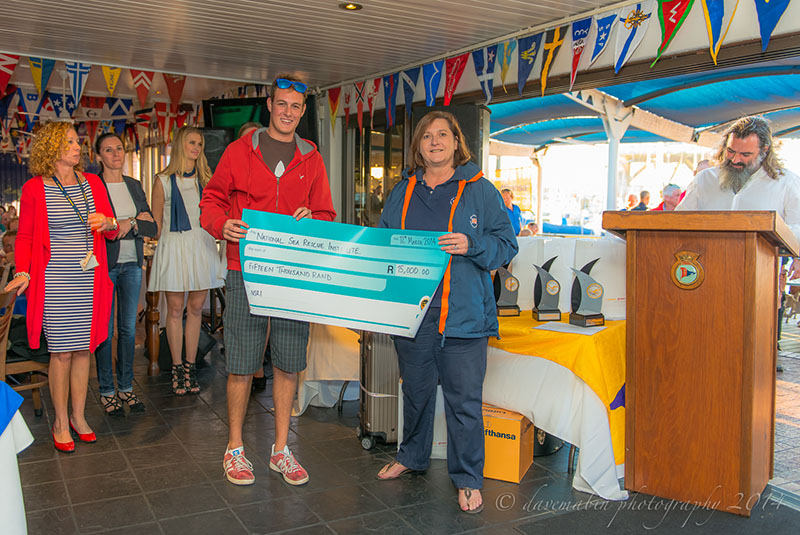