With little information to go on and no persons found in the vicinity of the boat we investigated slip-ways in the area and found that three quota crayfishermen had been rescued by an unidentified boat and had been brought safely ashore after their boat had capsized while crayfishing.

Police at Kleinmond slip-way confirmed that all 3 men were safely ashore and all were accounted for.

All 3 men, aged in their 30’s, locals, were safe and not injured and their boat washed ashore onto the beach and they are attempting to recover it  today (Friday, 13th December).

It appears, according to reports, that rope and netting had fouled their propeller and while they were attempting to untangle the rope and netting their boat had been swamped by a wave causing it to capsize. 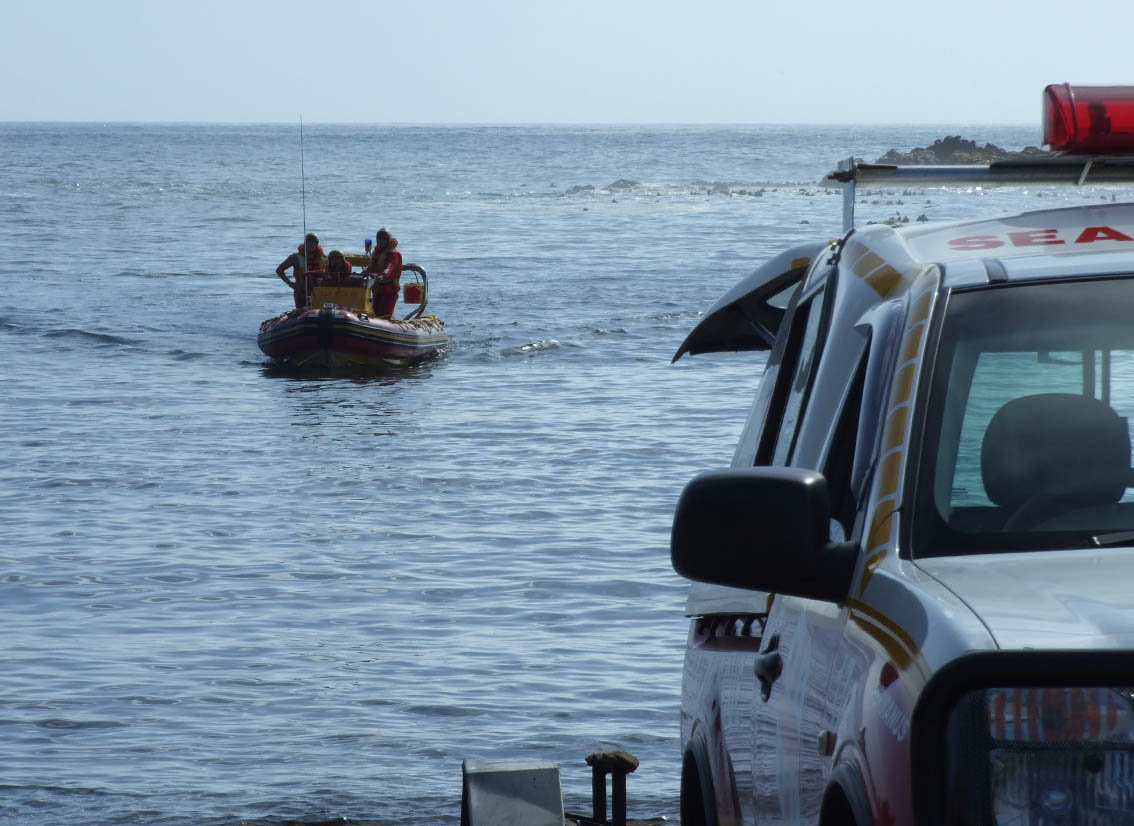 Then just after 09h00 (Friday, 13th December) our NSRI Hermanus volunteer sea rescue duty crew were activated following reports of a paddler in difficulties and firing off red distress flares in the vicinity of Onrus.

Prior to our arrival on-scene, sea kayaker Jacque Wilmans, 19, from Vermont, was rescued by an unidentified boat and not injured he was brought safely to shore.

It appears that Jacque had been capsized by a wave while negotiating paddling through the kelp. He swam out of the kelp, away from his sea-kayak, and fired off red distress flares to raise the alarm. A nearby boat came to his assistance.”