“On Saturday afternoon the 9th of March, our Hout Bay crew launched  NADINE GORDIMER for sea trials. We motored towards Kommetjie and with wind and sea conditions worsening, we decided to turn around and head back to base in Hout Bay, the newly refitted sea rescue vessel having been put through her paces.

“About 3 nautical miles (5.5 kilometers) off Noordhoek Beach, at 15h50, and about 4 miles from Hout Bay, we happened to come across a man paddling on his sea kayak.

“With the 35 knot gusting South Easterly off-shore wind blowing the rough seas reasonable flat, and a lot of sea spray and ‘white horses’, we at first couldn’t quite believe what we were seeing  – a lone man paddling out here, in the middle of nowhere.

“We decided to investigate!

“On reaching the man he gratefully accepted being taken aboard our sea rescue craft. He was cold. He had been wearing shorts, a rash vest and a life-jacket but he had no flares nor any other safety equipment and no communications device.

“We asked him where he was headed and where he had come from and he told us that he had launched at Kommetjie at 14h00 (where there was very little wind in the shelter of the Bay) but as he paddled out to sea the wind had grabbed him and sent him rapidly out to sea despite his best efforts to paddle against the wind. He told us that at some point he had made the decision to try to paddle across wind to reach land (we believe his estimation would have been to try to reach Noordhoek or Chapmans Peak) towards Hout Bay but sensed that despite his efforts he was heading further out to sea. It was at that point that the  sea rescue boat happened to come across him.

“Malan Vorster, 34, from Pretoria but now living in Brackenfell, Cape Town since January, told us that his wife would have most likely raised the alarm at about 16h30 or 17h00. By NSRI’s calculation, in the increasing wind speeds (increased to 45 knots gusting by 17h30) Mr Vorster would have been about 7 nautical miles off-shore at that stage.

“He agrees, a very lucky guy and he will invest in all the safety equipment he can.” 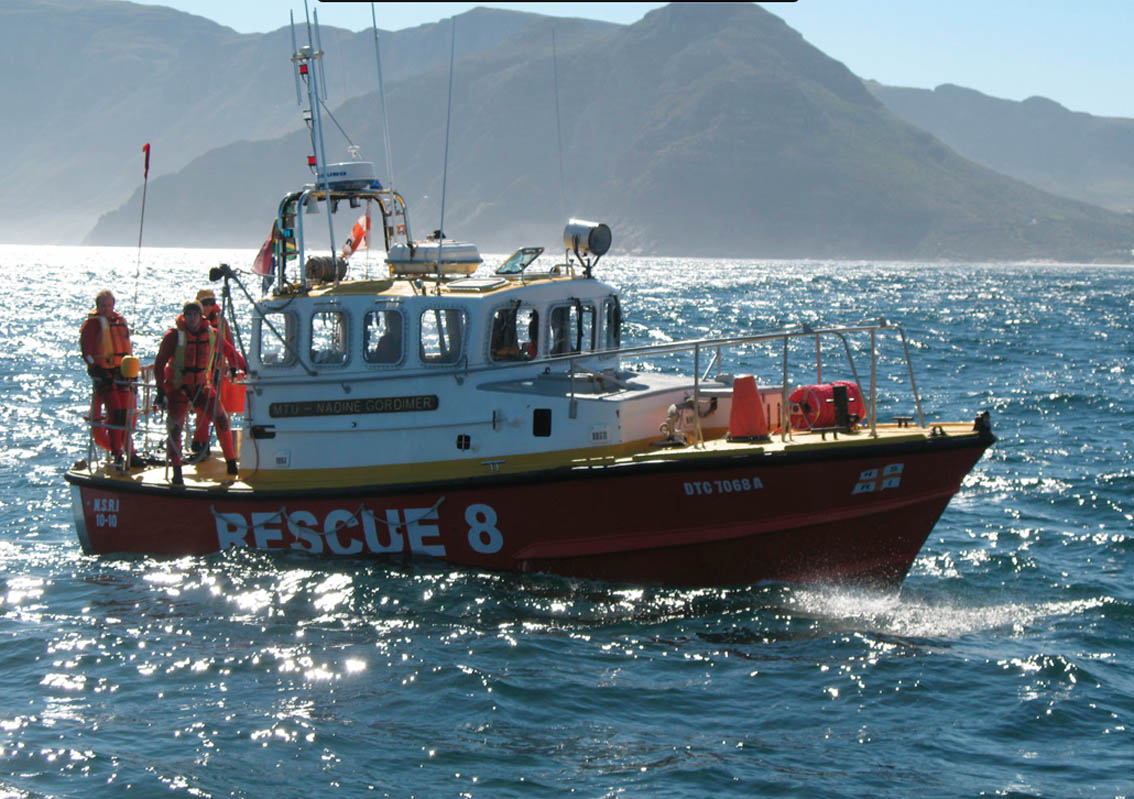