On Friday morning, 22nd February at 03h00 NSRI Port Alfred volunteer crew were activated following a request for assistance from the 33 foot yacht KYENA II, with two man on board. The skipper was suffering back pain, and their yacht had motor problems and was unable to sail in limited wind conditions 10 nautical miles South East of Bird Island.

On arrival on-scene NSRI Port Alfred rescue crew found that their water trap on their motor was water logged causing the motor to fail. The skipper, while suffering some back pain, was not seriously injured and he required no immediate emergency medical care.

NSRI Port Alfred rescuers fixed the motor at sea and the two men have continued under motor power on towards Port Elizabeth.

The AB Yacht Club safety officer will assess the competency of the yacht on her arrival in Port Elizabeth.

NSRI Port Alfred accompanied the yacht towards Port Elizabeth into the morning and after all appeared to be under control they left them to sail on and returned to base.

**  KYENA II is the same yacht that was towed from 30 nautical miles off East London by the NSRI East London on Friday 15th of February (an operation that began at 21h30 and saw them towed into East London at 03h30 the following day after they suffered motor failure and storm damage to their sails while sailing off the Transkei Coast.

They had reportedly effected repairs and were continuing on their voyage South, final destination Simon’s Town. 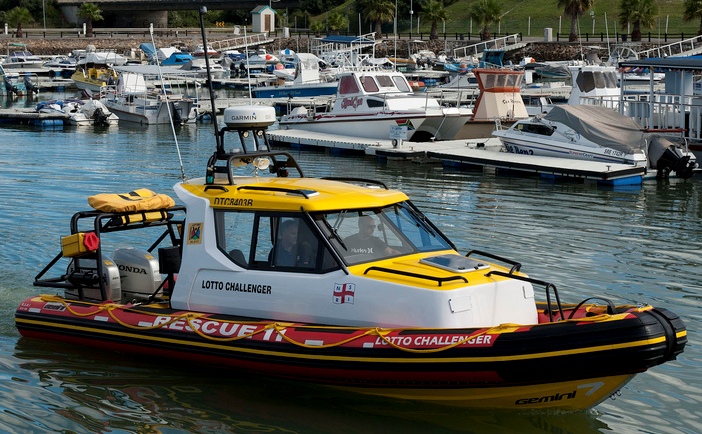