“Our NSRI volunteer sea rescue duty crew responded to our sea rescue base to prepare to launch our sea rescue craft DISCOVERY RESCUE RUNNER 12 and NSRI rescue swimmers, paramedics from Paramedics 24/7 and the SA Police Services responded directly to the scene.

“On arrival on-scene the NSRI rescue swimmers, Police and Paramedics 24/7 found that unidentified bystanders had already managed to rescue a 47 year old man from the surf and they had initiated CPR (Cardio Pulmonary Resuscitation) on the man and paramedics took over CPR efforts but after all efforts to resuscitate the man were exhausted the paramedics declared the man dead on-scene.

“Family of the man, who were on the scene, are being counseled by Police Trauma Counsellors.

“The body of the deceased man, who is from Joubertina in the Eastern Cape, has been handed into the care of the Forensic Pathology Services.

“It is unknown what caused the man to get into difficulty in the surf before he was rescued from the water by bystanders.

“Police have opened an inquest docket and NSRI will not release the mans name as Police are in the process of confirming that the next of kin are informed and in care.” 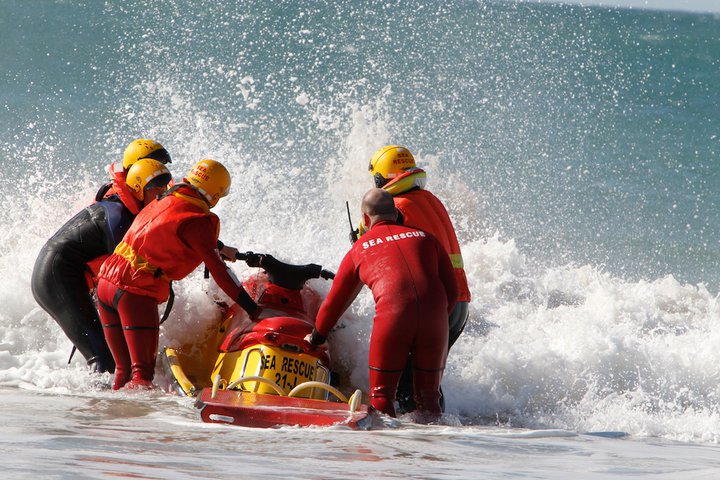