Skip to content
Wednesday 12th December,2012:
At approximately 05h00 on Wednesday 12th December NSRI Port Edward volunteers were called out following reports of a boat capsized on the Mtentu River, between Bizana and Port Edward, Transkei, with reports of one man safe and two men missing.
It appears that three local men were crossing the Mtentu River, near the river mouth (approximately 25 kilometers from Port Edward over barely accessible terrain) with the river still experiencing some flood conditions, when, according to the survivor, the small paddle boat capsized. The survivor made it ashore safely and was not injured but his two companions are missing.
Mick Banks, NSRI Port Edward station commander, said that NSRI Port Edward volunteer sea rescue duty crew responded, towing a  rigid inflatable boat over barely accessible remote tracks to reach the scene and the sea rescue boat was launched onto the river. Foot patrols are being conducted but despite an extensive search there remains no sign of the two men.
Local members of the public are assisting in the search.
A Police Dive Unit are responding to join in the search. 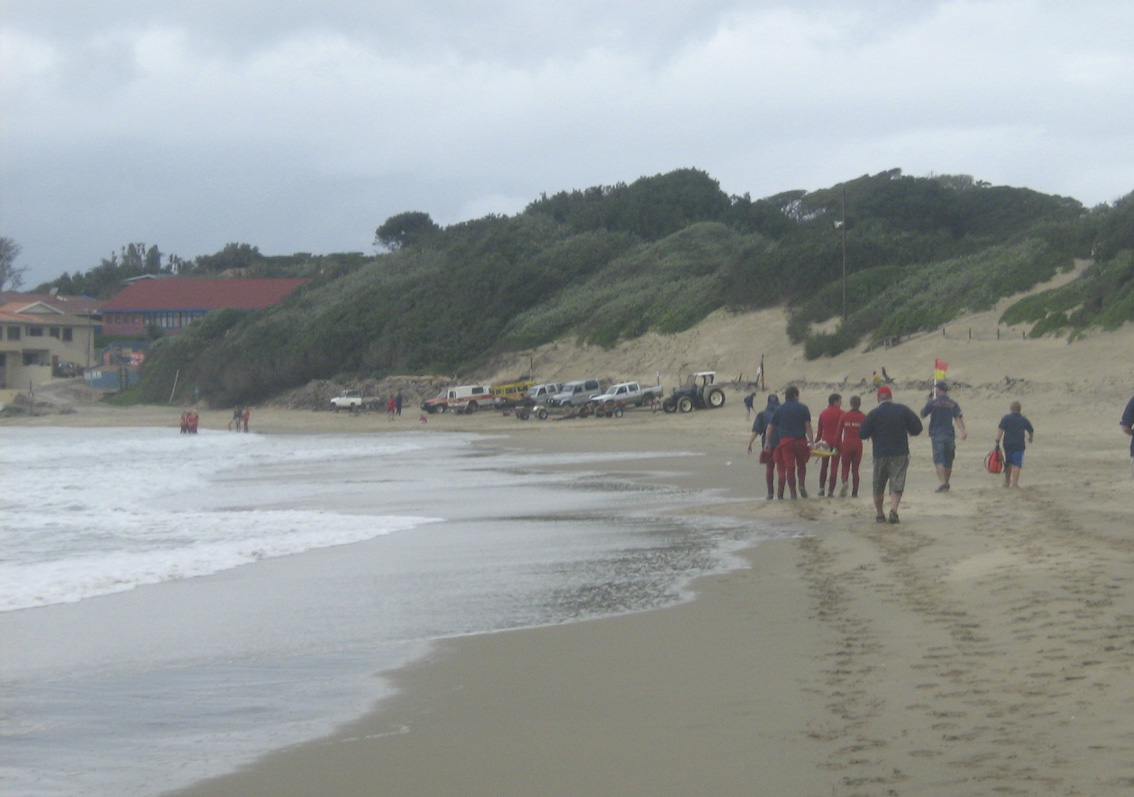