“It appears that the 23 year old Italian pilot, while on a training flight from the Madiba Bay School of Flight, had noticed smoke in the single seater, single propellor, light aircraft’s cockpit and had declared an emergency.  He had reportedly cut the engine and was gliding towards the first open piece of land he could see, which was the beach at Blue Water Bay, and the ATNS requested NSRI to respond there to assist.

“Prior to our arrival on-scene Sector Police confirmed that the plane had landed safely on the beach and Sector Police and Blue Water Bay Lifeguards were in attendance at the scene.

“The pilot was not injured but a dog had been injured. It appears that a man was walking his dog on the beach (a poodle type dog).  The dog had been struck by the plane when it landed and the dog had sustained a laceration to its eye and a laceration to its back left leg. The dog was transported to a vet by Police and we believe that the dog will make a full recovery.

“On our arrival on-scene we found the plane on the beach just above the high water mark.

“At the request of the Fire Chief the NSRI towed the plane higher up onto the beach and the scene is now under the command of the Nelson Mandela Bay Fire and Rescue Services and the SA Police Services.

“NSRI have been released from the scene as no longer required.” 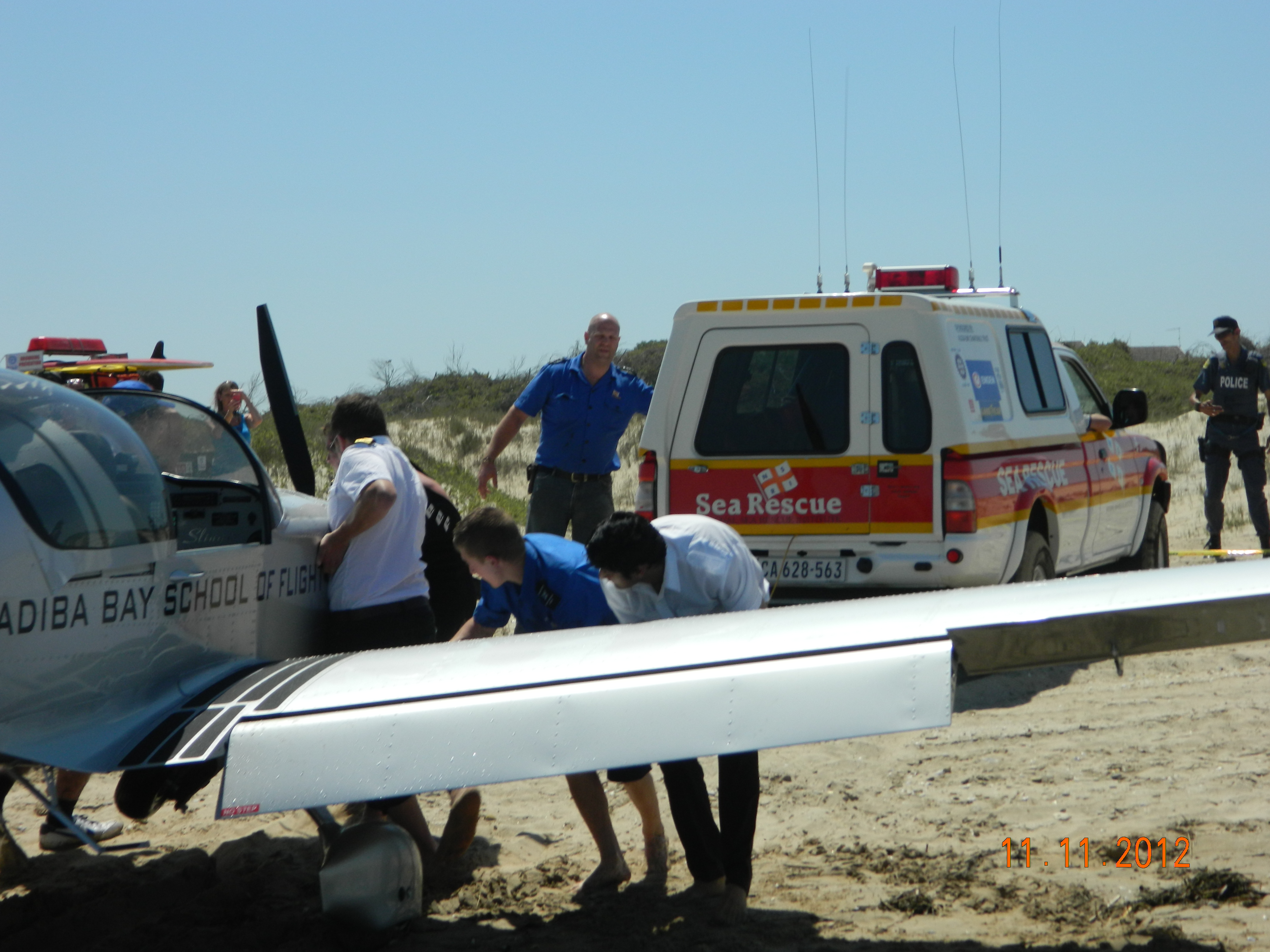 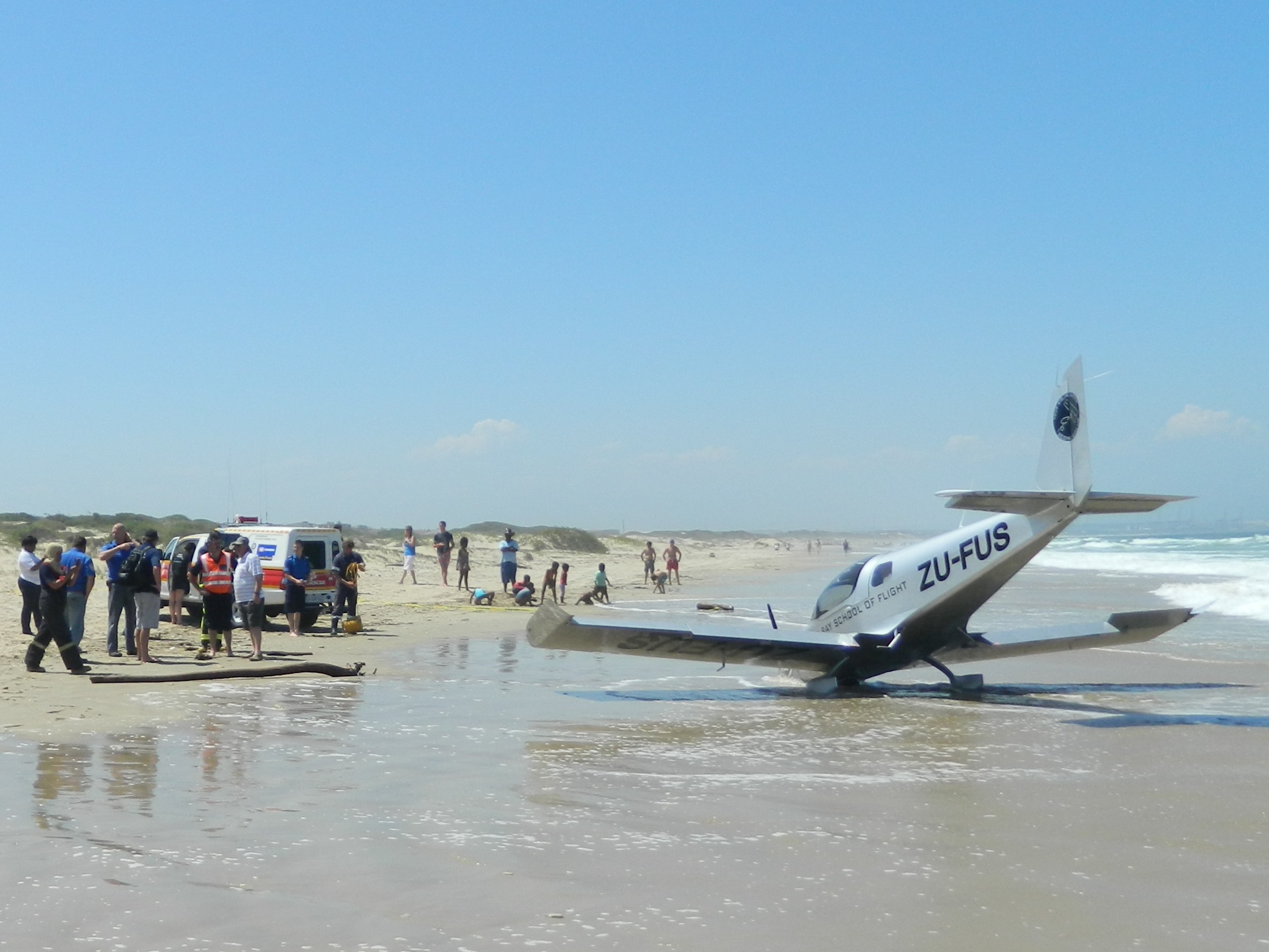