“11 locals (7 males and 4 females – the youngest being 13 years old and the eldest being 50 years old) and their dog had crossed a bridge this morning on the river to go to land that they tend to and what we believe they live off as a community. Then at lunch time they had wanted to again cross the river to go home but the bridge had been washed away and the land that they were on had become an island from flooding on the river. We suspect that rainfall at the encatchment area, further up river, had caused the river to flood despite there being no rain in the immediate area.

“They had alerted a local Nduna (community leader) to their predicament and he had called the SA Police Services to raise the alarm.

“Our NSRI Richard’s Bay volunteer sea rescue duty crew responded in our 4×4 sea rescue vehicle towing our sea rescue craft ROTARY ANN and we rendezvoused with Police and a Police Sea Border Line unit in their 4×4 vehicles (we rendezvoused with the Police on the highway) and together we negotiated a rural track road to reach the scene which is about 80 kilometers of tar road and 10 kilometers of rural track road from Richard’s Bay. (At times on the track road the 4×4 gear on the 4×4 vehicles had to be engaged to negotiate rugged terrain).

“On arrival on-scene we found the 11 local people and their dog trapped on the island and about 20 other locals were on our side of the river, they had also come to help.

“We dropped off one NSRI rescuer on the island and in 5 relays we transported all 11 people and their dog (2 people and the dog in the first sortie and then three people at a time with our NSRI rescuer being the last person to be taken off the island) across the river to safety.

“Once all 11 people and their dog had been safely transported across the river in our sea rescue craft the locals then helped us to recover our boat by carrying it up the steep embankment.

“Once all 11 people and the dog were safely ashore they required no further assistance.

“No one was injured.” 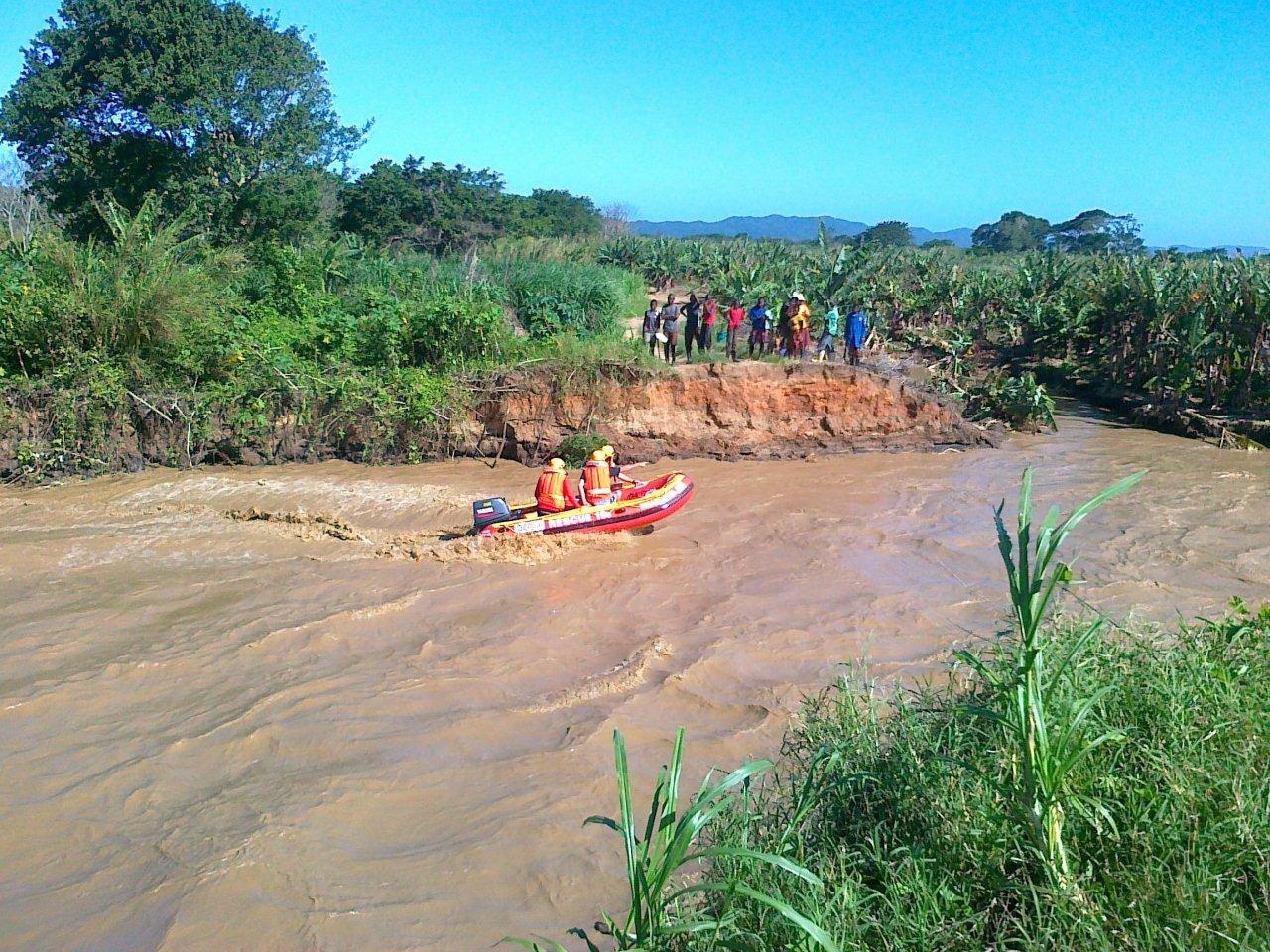