Geoff McGregor, NSRI station commander, said:  “At 20h30 (Monday, 29th October) NSRI East London were alerted by Karen Schroeder, in Munich, Germany, that her partner, John Gartiez, 64, of Alaska, USA, had encountered heavy sea conditions and storms, while on an around the world solo sail, sailing a leg between Durban and East London on his 40 foot yacht ARTIC TURN, and she requested NSRI to be alerted to his position in case an emergency developed.

“Then during the night communications were lost with the sailor and as a precaution from first light NSRI arranged for Air Traffic Control to request commercial flights flying in the vicinity of his last known position, off the Transkei Coast in the vicinity of Port St Johns, to keep a lookout for the yacht.

“During the morning, (Tuesday, 30th October), communication with the sailor was restored, with regular updates of his position, and although experiencing a lack of sleep, heavy seas and an approaching storm the sailor was pressing on regardless and did not call an emergency.

“Based on the conditions and the approaching storm NSRI East London volunteer sea rescue duty crew volunteered to launch the NSRI East London rescue craft LOTTO RESCUER to rendezvous with the yacht that was heading towards East London and our thinking was that, at worst, we could offer to put some fresh crew onto his yacht to give him a break and help him sail through the storm.

“We rendezvoused with the yacht 60 nautical miles North East of East London, in 30 knot gusting winds and 6.5 meter swells, and we found a very experienced sailor enjoying the thrill of sailing his yacht in the adverse conditions and he gracefully refused any help although welcoming the distraction.

“As a precautionary measure we escorted the yacht towards East London and by 18h00, about 20 nautical miles from our base, we departed to return to base, leaving the sailor to continue on his voyage.  We will monitor his progress and expect him to be in the Port of East London at about 23h00 tonight.” 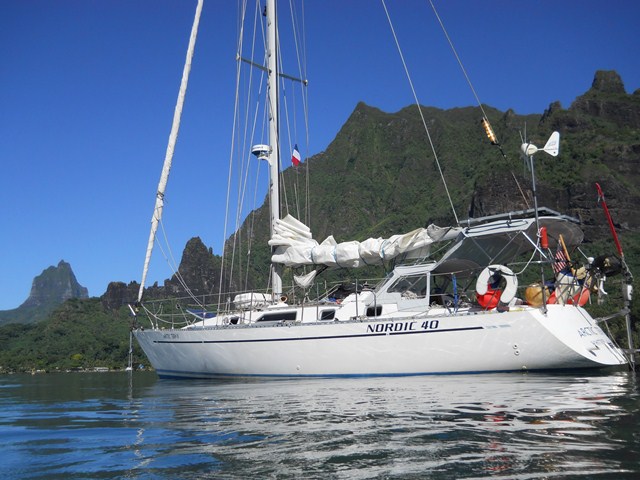