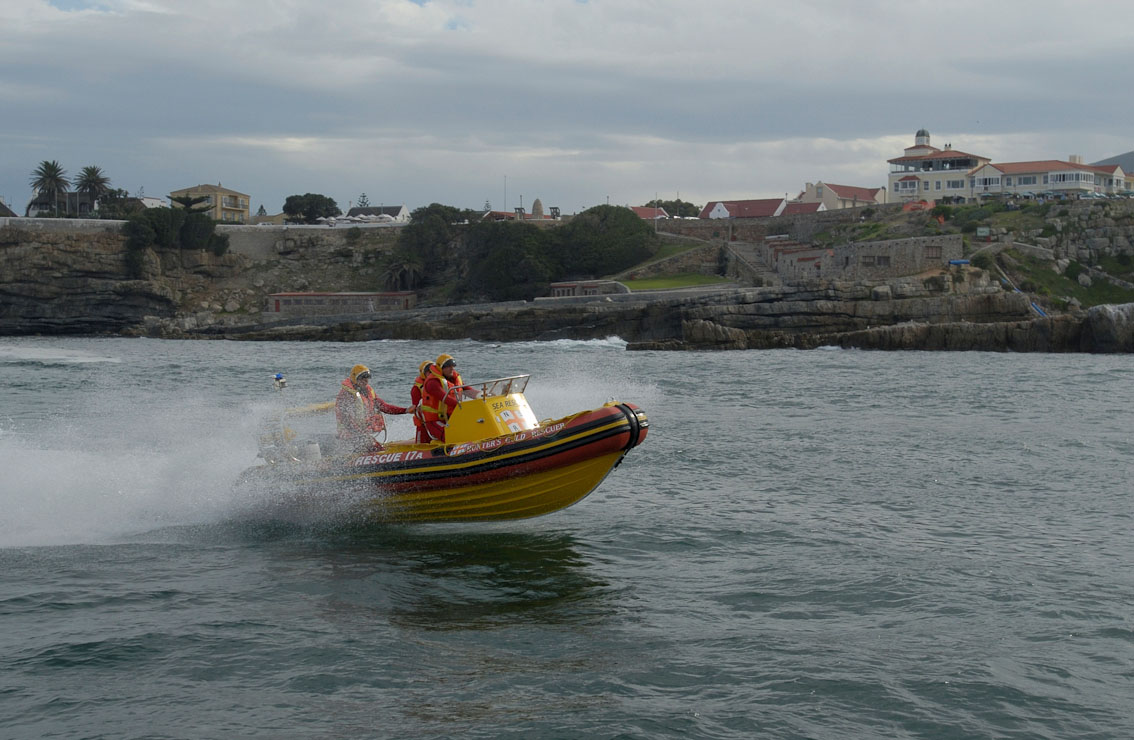 HERMANUS – Sunday 04th September 2011. Casualty evacuation:
At 13h15 our NSRI Hermanus volunteer duty crew were called out to assist a 19 year old man onboard the 12 meter Bayliner SWEET CAROLINE who was seasick.
The motor boat had left Cape Town early in the morning and was off Hermanus in 3 to 4 meter swells when they called for help.

The voyage to deliver the boat from Cape Town to Durban, was undertaken by the owner of the Bayliner, 55 year Durbanite Mr. Kim Labuschagne, his two sons, a 19 and 23 years old, and 3 crewmen.

The 3 crewmen are NSRI Durban volunteers who were commissioned in their private capacity to deliver the yacht to Durban. They had endured rough sea conditions coming around Cape Point and the 19 year old had succumbed to severe motion sickness.
The boat could have gone into Hermanus harbor to offload the son but the voyage would have lost valuable time and they want to reach Mossel Bay before nightfall so the skipper called his NSRI colleagues in Hermanus.

Once on-scene the father and the second son also opted to come ashore leaving the 3 crewmen to get on with the job of delivering their boat to Durban.

Once safely at our sea rescue base in Hermanus the 19 year old started to recover and we arranged accommodation for them at a local guest house.

They will meet up with their boat once she is safe in Durban’s Port.