NSRI rescue swimmers responded to the scene and Netcare 911 ambulance services were activated.

On arrival on the scene the 2 local adult crew members from the capsized boat were safely ashore.

It appears that they were trapped under their boat which was washing ashore in breaking surf.

At least 5 local fishermen, one armed with an NSRI pink rescue buoy, went to the aid of the 2 boat crew members and were able to rescue them from under the capsized boat and wade them safely to shore.

The 2 crew members were medically treated on the scene by NSRI medics and they were brought to our NSRI St Lucia rescue base.

Netcare 911 paramedics continued with medical treatment and one of the men was transported to hospital by Netcare 911 ambulance in a stable condition.

The fishermen who assisted on the scene to rescue the 2 boat crew are commended. 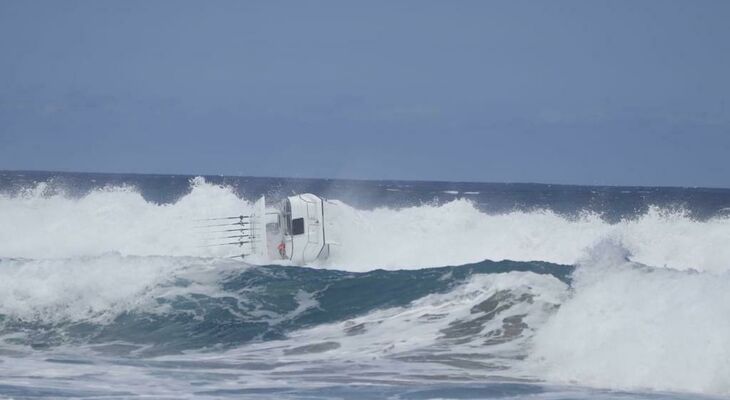