Andre Livingston-Louw, SAWDN team leader, said:At 09h40, Thursday, 10 June, SA Whale Disentanglement Network (SAWDN) volunteers and NSRI Yzerfontein sea rescue crew launched from Yzerfontein harbour aboard the NSRI Yzerfontein sea rescue craft Rotary Onwards following reports from a research of a whale entangled in fishing rope lines in the vicinity of Dassen Island on the West Coast.On arrival on the scene we found that the crew of the research vessel had managed to cut 1 fishing line free of an at least 10 meter Humpback whale which remained entangled in 2 fishing rope lines, with floatation buoys attached, and with 3 wraps of fishing rope line around the caudal peduncle.Fishing rope was leading to the sea bed and the whale was not swimming freely but had reasonable freedom of movement in the water.Using specialized cutting equipment 3 cuts were made to the entangled fishing rope in intervals over a period of around 30 minutes and after the 3rd cut was made the whale swam away freely.The fishing rope and floatation buoys were recovered.No visible damage to the whale was observed and the whale appeared to be healthy.SAWDN are satisfied with the success of this disentanglement operation.The skipper and crew of the research vessel are commended for their support in this operation. 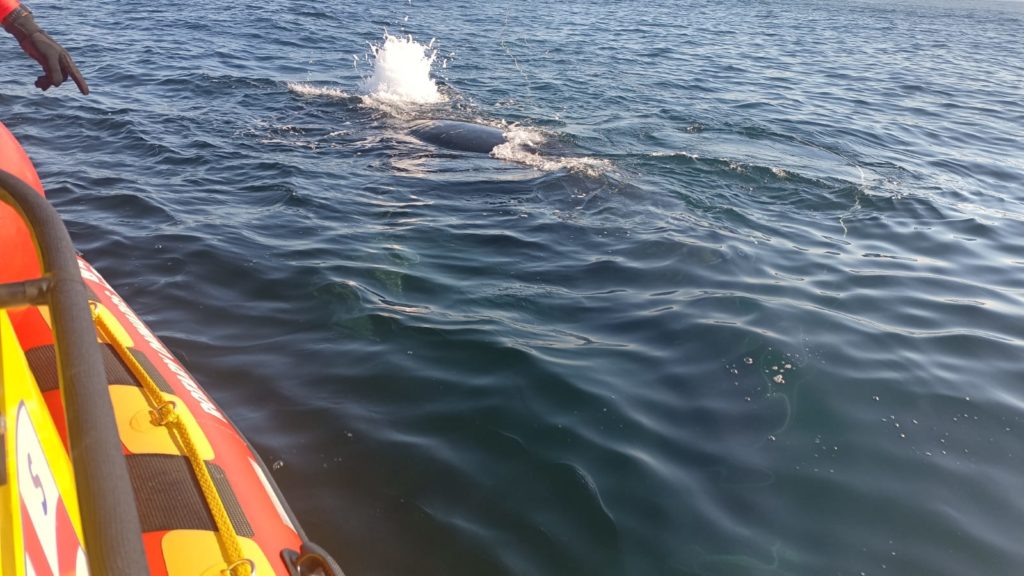 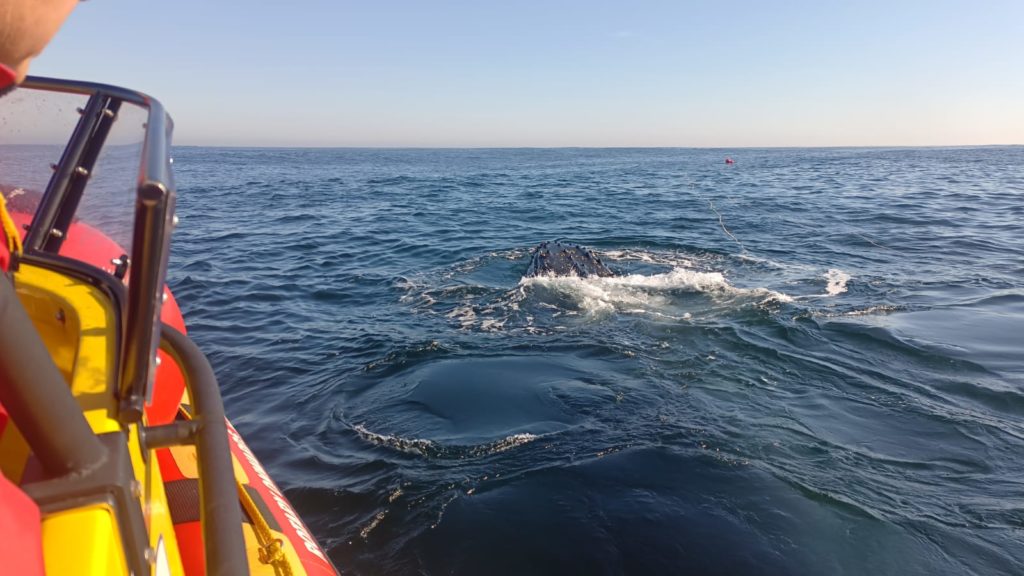 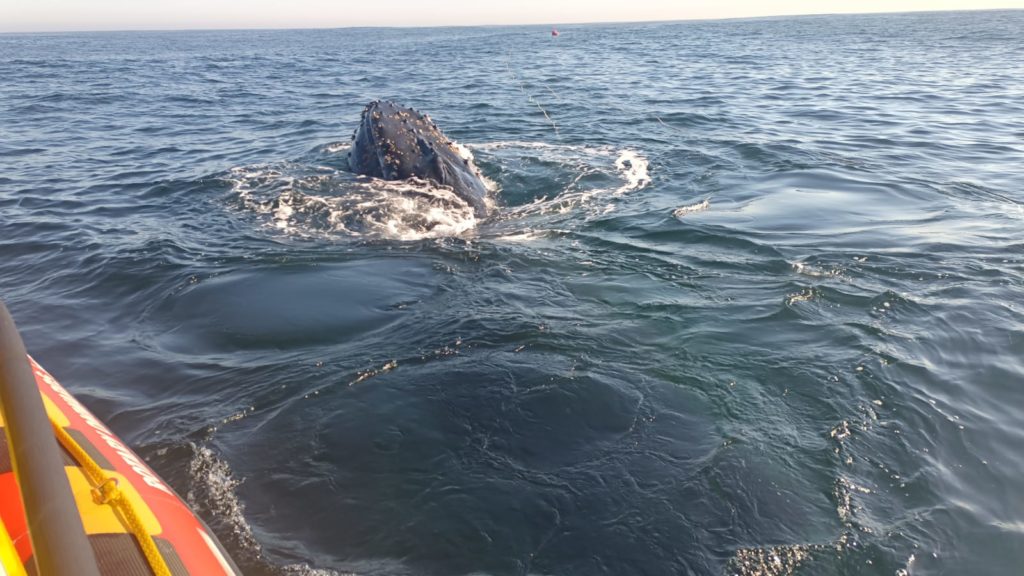 Man rescued in the Port of Table Bay