Man rescued in the Port of Table Bay

Marc de Vos, NSRI Table Bay station commander, said:At 02h02, Friday, 11 June, NSRI Table Bay duty crew were activated by the Transnet National Ports Authority (TNPA) following reports of a man in difficulty in the water at J Berth, Duncan Dock, in the Port of Table Bay.The sea rescue craft Spirit of Day was launched and our NSRI sea rescue vehicle, a TNPA harbour boat, TNPA security officers and staff, a St Johns ambulance and the SA Police Services responded.TNPA security officers had thrown a life ring to the man in the water and the TNPA harbour boat arrived on the scene and their crew rescued the man onto their vessel.On our sea rescue craft arriving on the scene an NSRI duty doctor and NSRI paramedics were transferred onto the TNPA harbour boat and the casualty, aged 20 and believed to be from the Eastern Cape, was treated for hypothermia and he was brought to shore and recovered onto the quayside.WC Government Health EMS were activated and the man was transported to hospital by EMS ambulance in a stable condition.It appears that the man had wandered into the harbour vicinity when he may have fallen into the water.NSRI commend TNPA Port Control and the swift response and actions of the TNPA security officers and staff and the TNPA harbour boat crew that together contributed to saving the man's life. 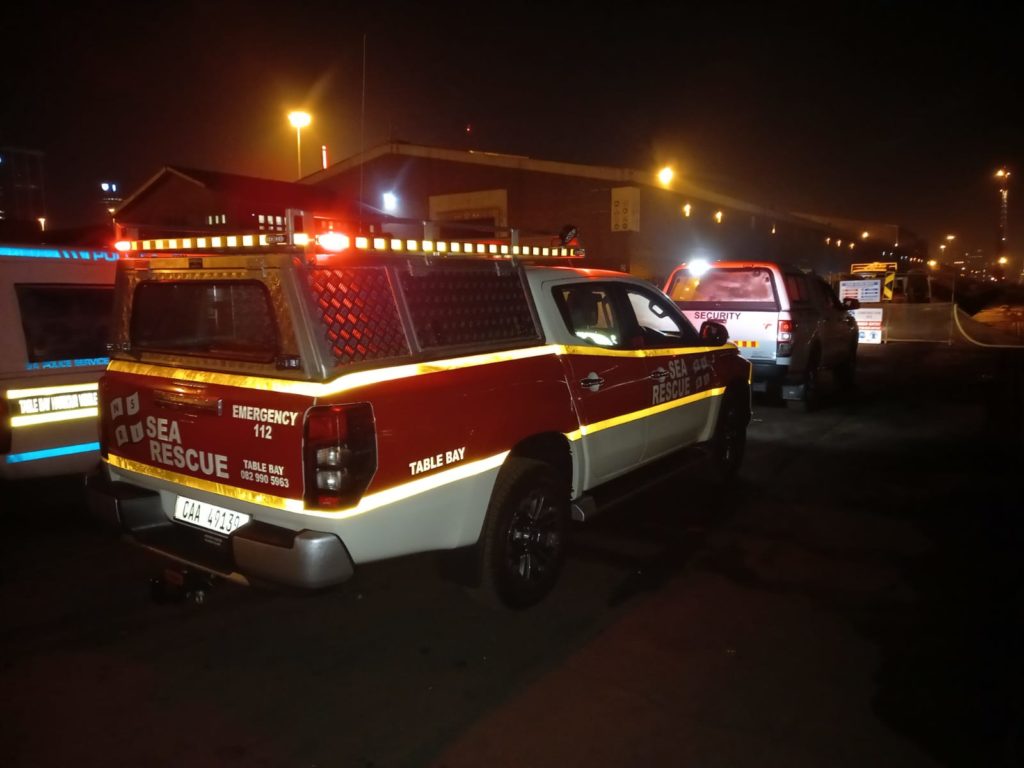