Incidents around the coastline

SIMON'S TOWN:Darren Zimmerman, NSRI Simon's Town station commander:At 07h00, Sunday, 13 June, NSRI Simon's Town duty crew were activated by NSRI EOC (Emergency Operations Centre) following reports from fishing vessels at sea who had intercepted a marine radio distress call from a local yacht off-shore of Cape Point.Telkom Maritime Radio Services confirmed, from radio communications, that the Hout Bay yacht had lost battery power and they were East of Rocky Banks with 4 crew onboard and although they were in no imminent danger they were adrift in strong 25 to 30 knot North Easterly winds with a big Northerly swell running.The sea rescue craft Donna Nicholas was launched and the yacht was located with all 4 crew onboard safe.A towline was rigged and the yacht was towed to Simon's Town harbour without incident where she has been moored at an emergency mooring.The operation completed at 13h34.[video width='640' height='352' mp4='https://www.nsri.org.za/wp-content/uploads/2021/06/WhatsApp-Video-2021-06-13-at-18.00.13.mp4'][/video]PLETTENBERG BAY:Ross Badenhorst, NSRI Plettenberg Bay deputy station commander, said:At 12h52, Saturday, 12 June, NSRI Plettenberg Bay duty crew were activated following reports of a drowning in progress at Lookout Beach where a local 19 year old local man was being swept away in strong rip currents.The sea rescue craft Rescue Runner and our rescue jet-rib were launched while NSRI rescue swimmers and NSRI medics responded directly to the scene.Medlife Paramedic Services were activated.On arrival on the scene we found a local fisherman and a bystander, from Knysna, had managed to reach the man and rescue him to shore.The man had been swept approximately 400 meters across the shoreline before reaching a sandbank about 100 meters off-shore.The man was treated for hypothermia and non-fatal drowning symptoms.Following medical treatment the man was released after he declined to be transported to hospital.NSRI commend the 2 men who launched into the surf and who managed to rescue the casualty to the beach. 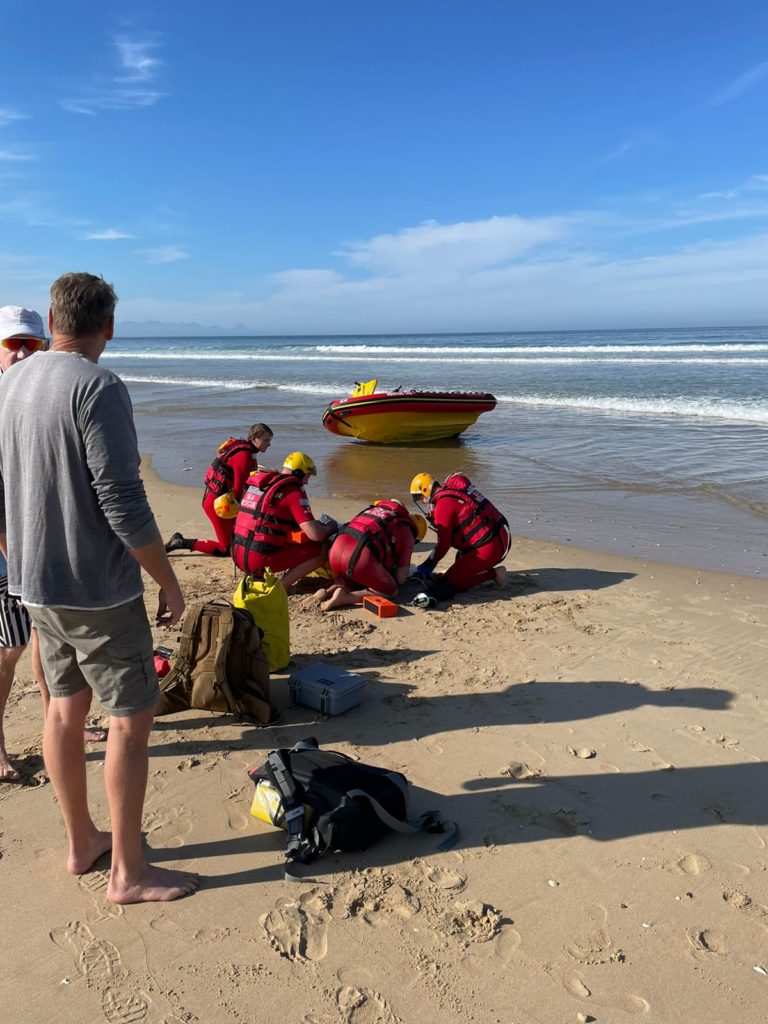 CAPE COLUMBINE:Nic Stevens, NSRI Mykonos deputy station commander, said:At 17h30, Saturday, 12 June, NSRI Mykonos duty crew were activated following a request for assistance from the owner of a 6 meter Snoek fishing boat reporting his boat to be overdue from fishing at sea with 6 local fishermen onboard.Telkom Maritime Radio Services were able to raise the casualty boat on Marine VHF radio communications and they reported to have mechanical engine failure.They 25 nautical miles off-shore of Cape Columbine, 40 nautical miles from our NSRI Mykonos sea rescue station.The sea rescue craft Spirit of Surfski 5 was launched and in dense fog, with radio communications being assisted by Telkom maritime Radio Services, we located the casualty boat.All 6 casualty crew were transferred onto our sea rescue craft and they were treated for hypothermia.A towline was rigged and in dense fog, a 2 to 3 meter swell and 10 to 15 knot Northerly winds we towed the casualty boat to our NSRI Mykonos sea rescue station.During the towing efforts we occasionally stopped to pull the casualty boat closer to our sea rescue craft to check on the status of the casualty boat as in the dense fog and in the night, while towing her, we were unable to physically see the casualty boat.Once we had them and their boat safely at the Mykonos Marina the owner dispatched a trailer and their boat was recovered.The operation completed at 02h00. 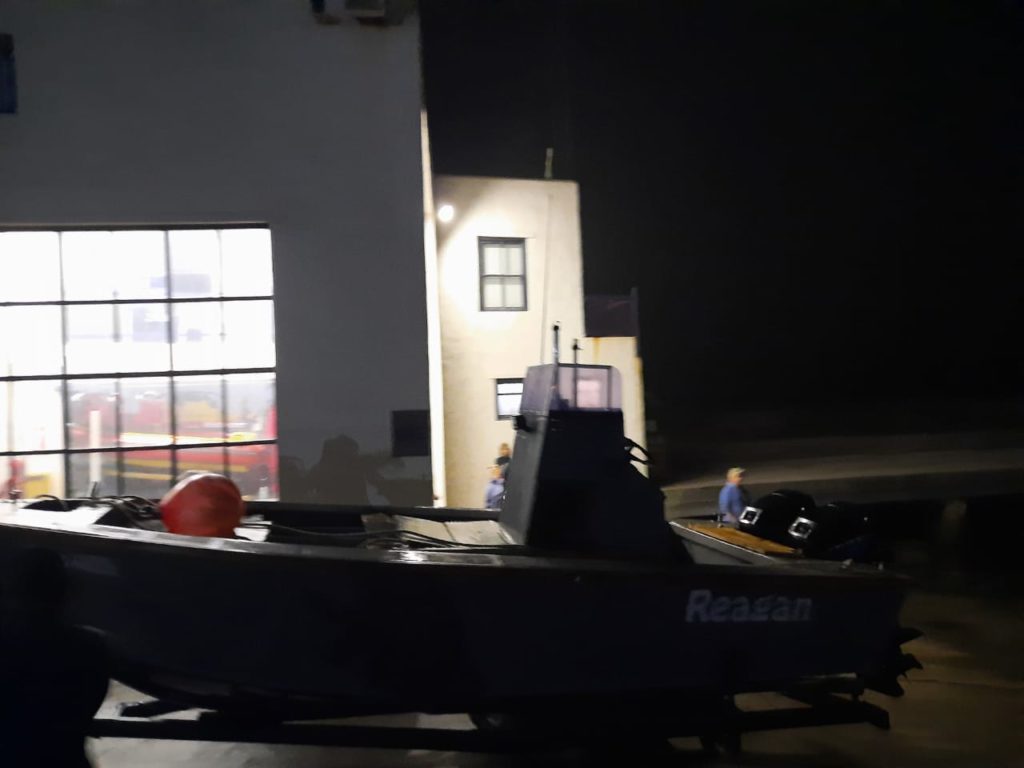