Yacht assisted and patient evacuation off a ship

At 16h45, Monday, 24 May, NSRI Mossel Bay duty crew were activated following a reports of a yacht drifting under sail in the Mossel bay harbour entrance.

The research vessel Triton had noticed the sailing yacht at risk of drifting in strong 25 knot winds against the harbour wall and they picked up 2 teenagers from the sailing academy, who both have experience with yacht operations, and they transferred the 2 teenagers onto the yacht to assist the 5 yacht crew to lower the yacht's sails.

The yacht had experience engine failure.

By that stage our duty crew were launching the sea rescue craft Rescue 15.

Triton took the yacht under tow and towed her outside of the harbour where our sea rescue craft rendezvoused with them.

We rafted our sea rescue craft alongside the casualty yacht and brought her into the harbour and safely moored her at her moorings without incident.

We commend the quick thinking of the Triton skipper and her crew and we commend the 2 young teenagers who assisted on the yacht.

The vessel was underway heading towards Saldanha Bay and they were North of Robben Island.

An AGA Helicopters EC-145 rescue helicopter was prepared and joined by her flight crew, flight rescue paramedics and an NSRI ASR rescue swimmer. 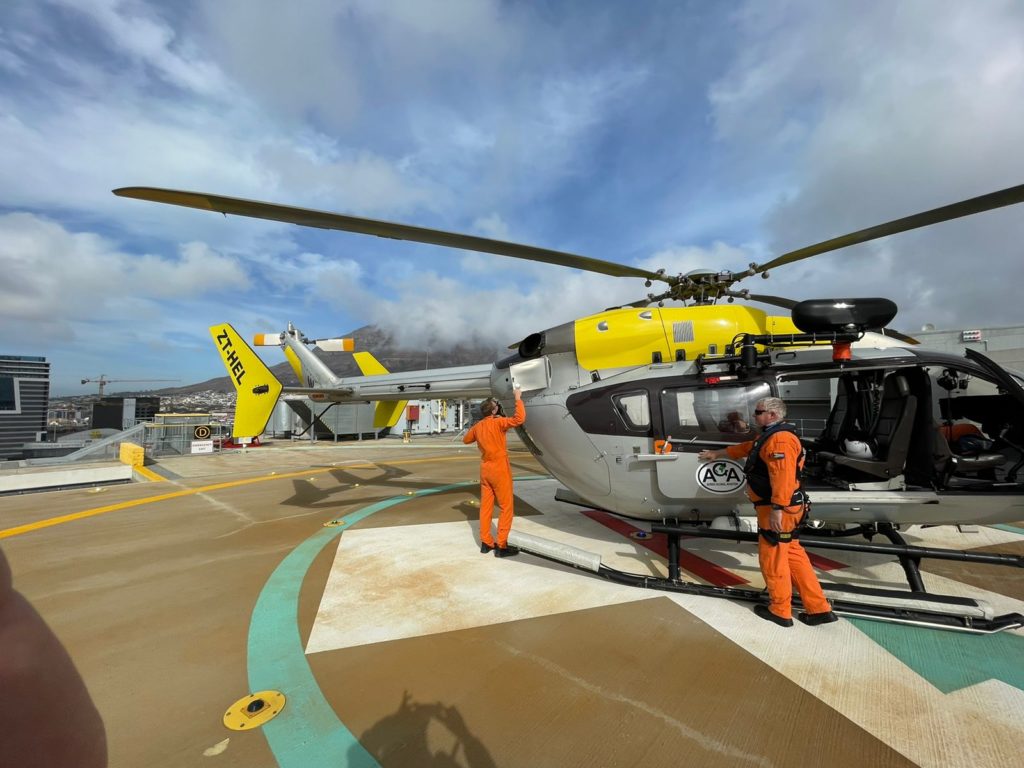 On arrival at the vessel the helicopter landed on deck where flight rescue paramedics treated and stabilised the patient for injuries he had sustained.

The patient, a 42 year old Romanian, was airlifted to a Cape Town hospital, in a stable condition, where he is receiving further medical care.