Kommetjie – Teenager safe after falling out of his boat:

Johnathan Bakker, NSRI Kommetjie station commander, said:At 14h59, Saturday, 1 May, NSRI Kommetjie duty crew were activated following reports from the local vessel Princess Emma of a small rigid hull inflatable boat under power but unmanned and going around in circles approximately 1.5 nautical miles off-shore of Kommetjie.The skipper of Princess Emma, Russel Matchette, alerted Telkom Maritime Radio Services reporting the small 4 meter boat to be under power and turning in circles but with no crew onboard and only 2 life-jackets and personal items, including a cellphone, on the unmanned craft.Suspecting there to be at least 2 crew of the casualty boat missing the crew of Princess Emma had initiated a search in the area finding only a windbreaker jacket afloat nearby to the unmanned craft.NSRI Kommetjie duty crew launched the sea rescue craft Spirit of the Vines and Il Battello and a sea rescue quad bike was dispatched to search along the shoreline. CMR (Cape Medical Response) were activated.While launching the sea rescue craft NSRI crew noticed splashes in the water, in a channel 200 meters from the main Kommetjie boat channel, and on investigation a local 16 year old male was found swimming ashore.Bystanders had walked along rocks to help the teenager to get onto shoreline rocks and an NSRI rescue swimmer was deployed from the sea rescue craft.The teenager, suffering severe hypothermia, was assisted ashore.At that stage CMR paramedics were on the scene and the teenager was treated for severe hypothermia and he was transported home where he is recovering.It appears 2 local 16 year old males were returning from sea and the one had been dropped off on the beach while the casualty male then headed further out to sea to go around breakers to head towards the Kommetjie slipway to recover the boat when he fell out of the boat about 1.5 nautical miles off-shore.He was not wearing a life-jacket and the kill switch was not attached causing the boat to go around in circles.After falling out of the boat he swam towards the shore.At some point he had seen the Princess Emma approach his boat which was still turning in circles.He tried to summons the help of Princess Emma but they were too far away and instead he carried on swimming to the shore.After the small casualty boat stalled the crew of Princess Emma recovered the casualty boat onto their boat and they later handed the casualty boat over to the NSRI.NSRI and bystanders had met up with the teenager as he was nearing the shoreline.The vessel Princess Emma had been in the area by chance and it is thanks to their early alert that NSRI and CMR paramedics were already on the scene to administer much needed immediate medical treatment to the teenager as he came ashore.Their small boat was brought to shore and recovered.Pictures and Video taken by vessel Princess Emma- Stewardess Sydney Evans 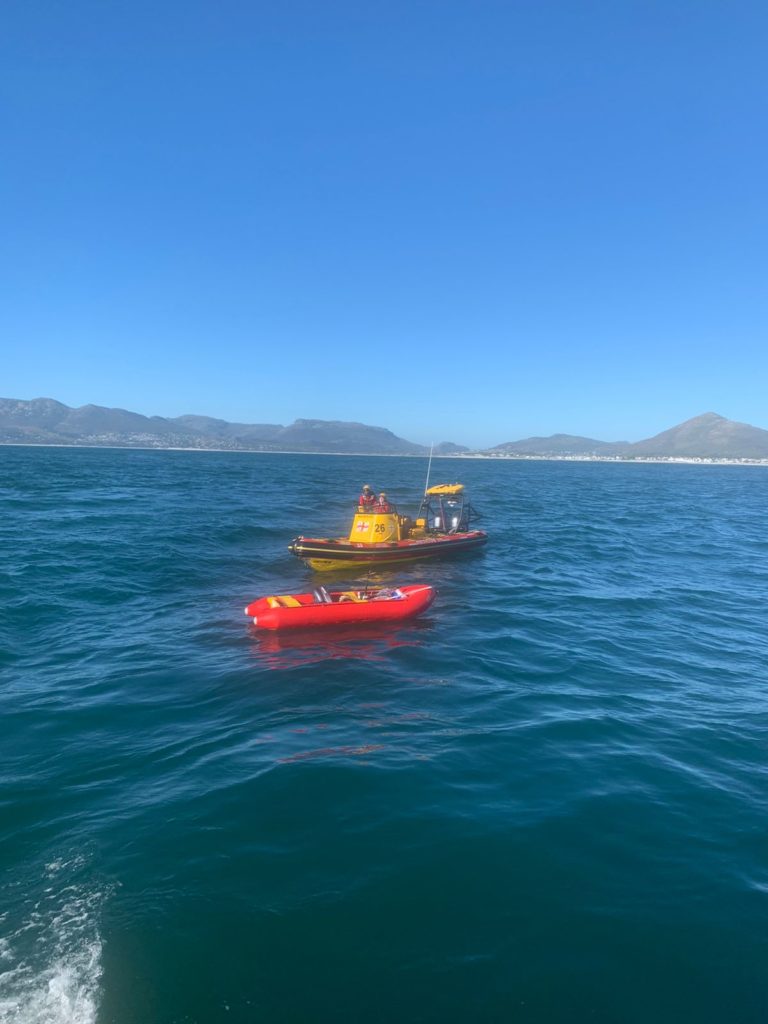 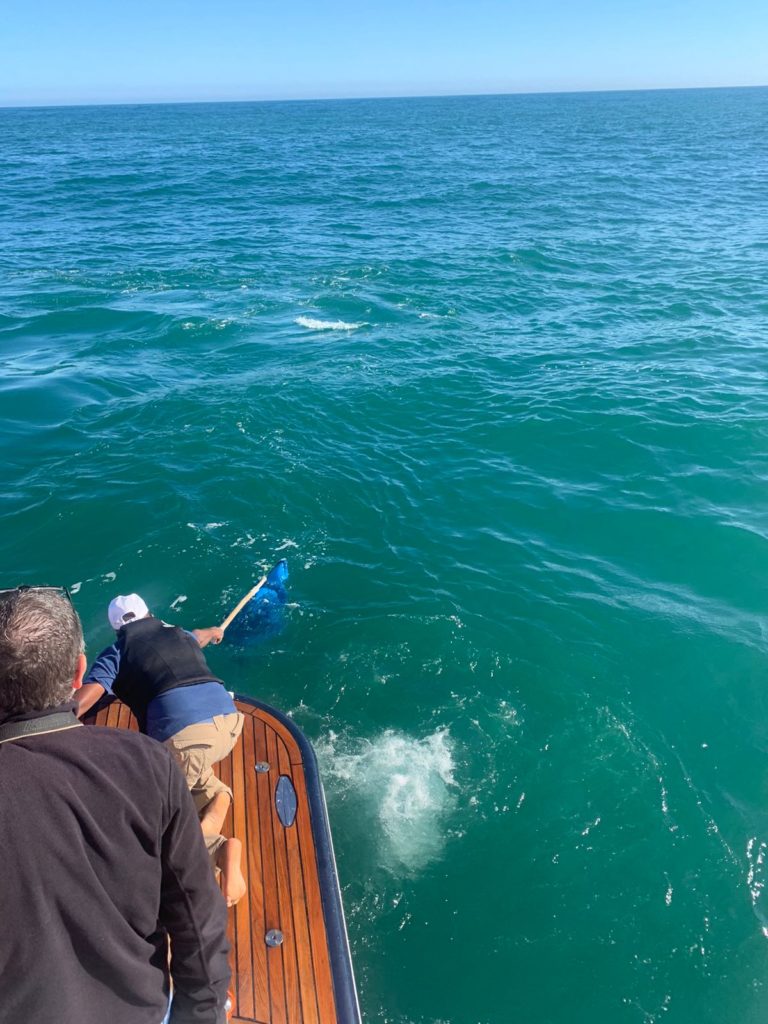 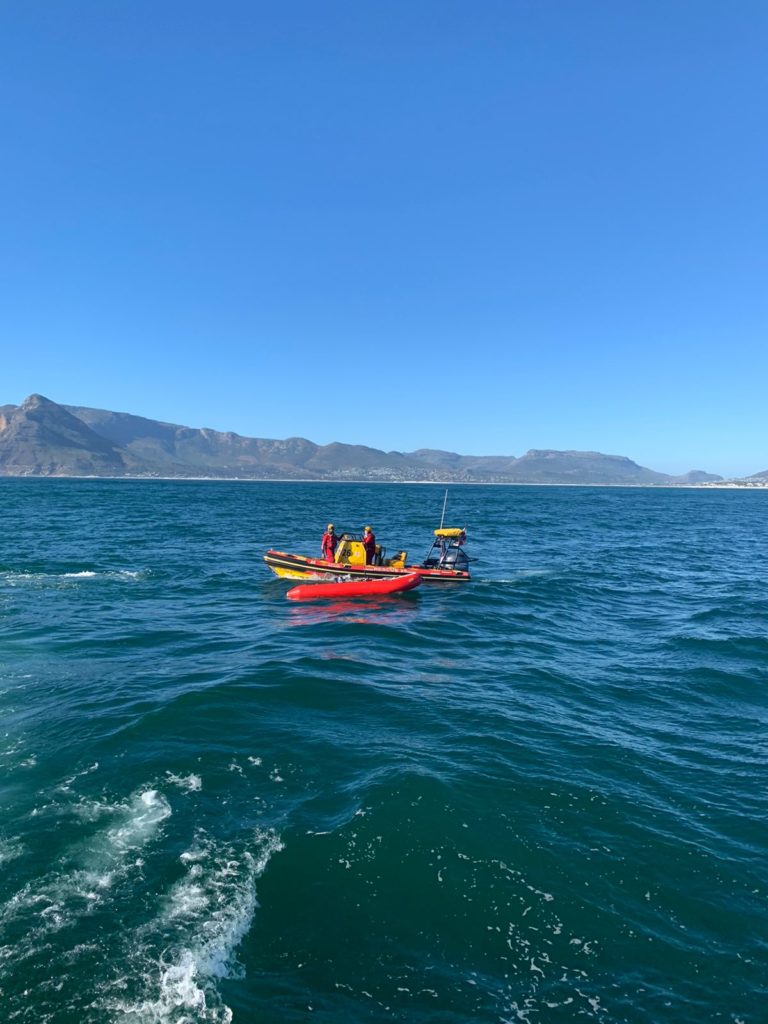 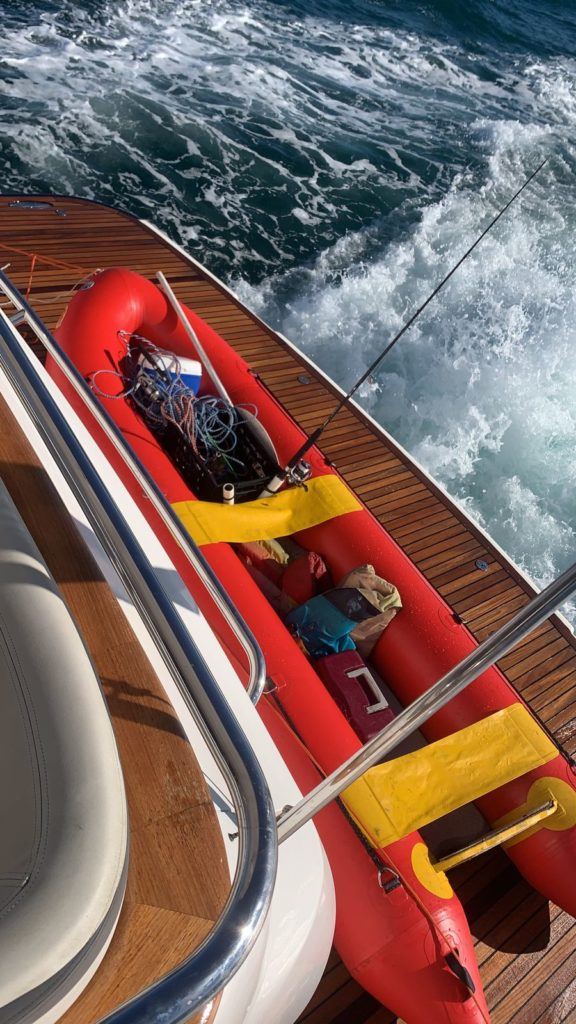 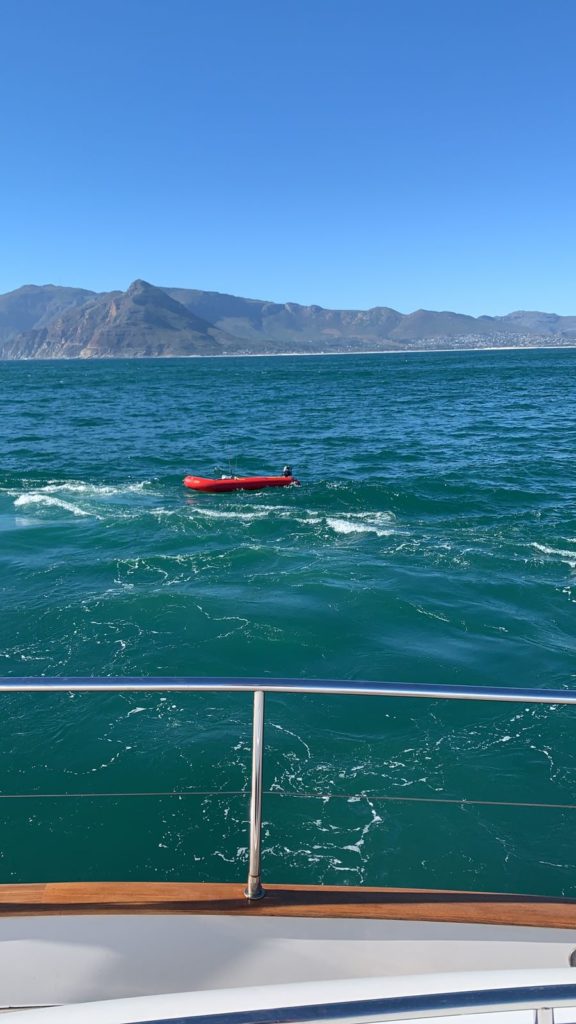 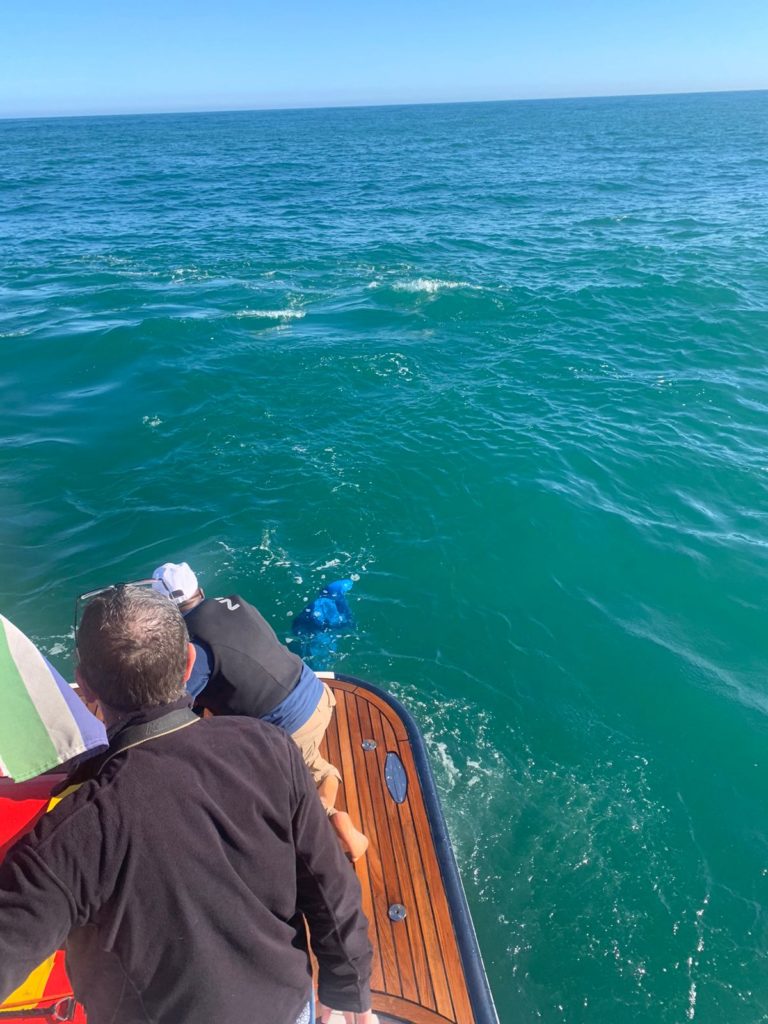