Cape Gannet recovering at the vet

Gert du Plessis, NSRI Port Edward station commander, said:At 17h30, Sunday, 9 May, NSRI Port Edward were alerted to a Cape Gannet appearing to be injured at Palm Beach.Public members, a local couple, while walking on the beach were handed a Cape Gannet by a member of the public. The Cape Gannet appeared to be weak and barely responsive. They contacted NSRI Port Edward and NSRI crew were dispatched to investigate.The Marine Stranding Network, Sea World and the SPCA were alerted.The couple had taken the Cape Gannet home and NSRI crew arrived at their home and we took the bird into our care and transported the bird to a local vet, Dr. Bruggerman, at Margate Veterinary Hospital.The bird was treated for a possible infection and rehydrated and kept in the care of Margate Veterinary Hospital.On Monday afternoon NSRI Port Edward were informed that the bird is recovering and although still appearing to be weak treatment continues at the hospital.Hopes remain that the bird makes a full recovery and can be released back into the wild. 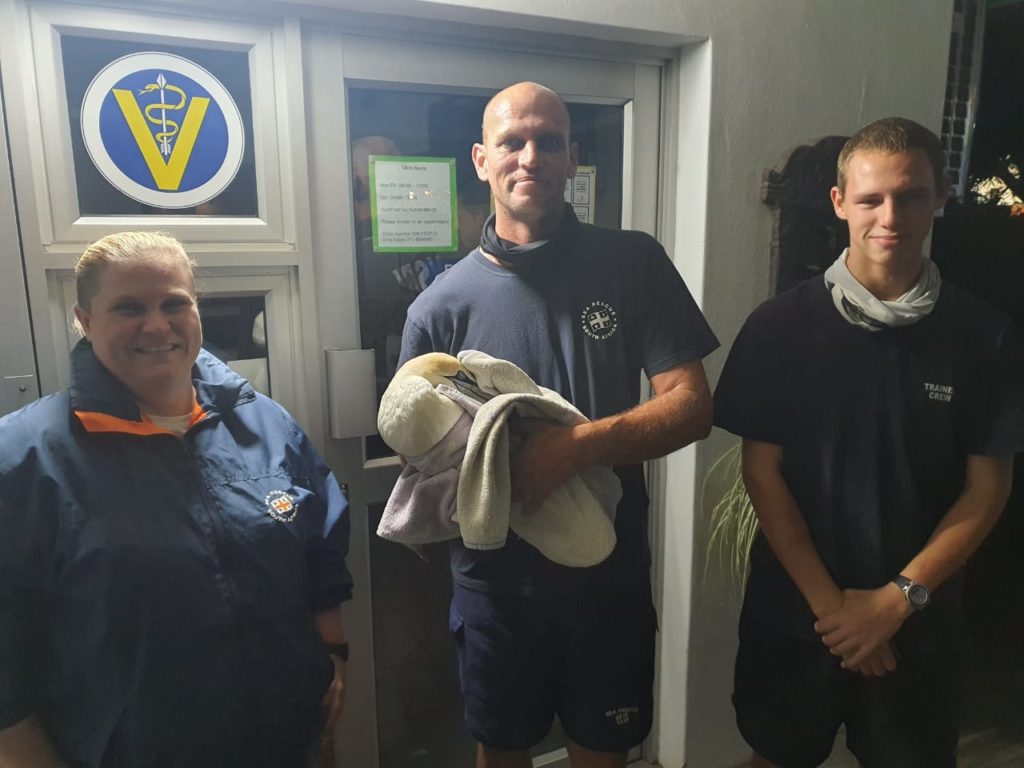 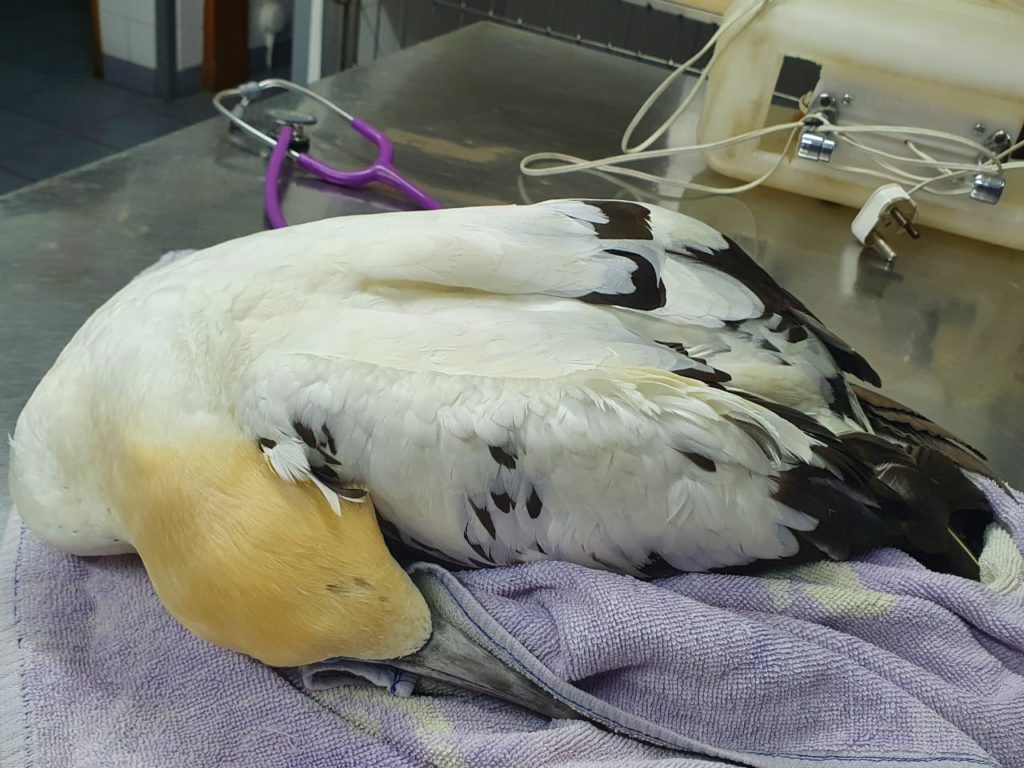