The quick actions of four Jeffreys Bay teenagers save a life.Rip currents can be treacherous, as a 17-year-old girl from Hankey and her brother discovered when they went swimming at Checkers Beach in Jeffreys Bay.Fortunately, local residents Lisa Stumpf, 19, and Megan Johnson, 19, were nearby at the time. They were approached by a lady frantically asking them for help – the lady was indicating that her son and her daughter were being swept out to sea.Lisa and Megan, seeing the siblings in difficulty in the surf line, immediately alerted their friend Abbygail Janse van Rensburg, 14, and Lisa’s twin sister, Karla, who all live adjacent to that beach.Springing into actionBetween them, the girls raised the alarm alerting NSRI and emergency services.In the meantime, the brother had managed to make it back to shore, but the girl was being pulled even further out to sea. The local teens knew they needed to act fast. Lisa handed Abbygail a body-board to be used for flotation. “It was scary!” says Abbygail. “But we didn’t hesitate. I had no doubts about swimming out to rescue her.”Karla put on a pair of flippers and together the girls swam 100 meters out to sea through the surf to reach the girl. Abbygail’s father, Rieghard Janse van Rensburg, is a founding member and former station commander of Station 37 (Jeffreys Bay), so she knew she had to take a flotation device with her.Even so, there was a moment when the distressed casualty latched onto Abbygail and pulled her under. “But I managed to get her to take hold of the board. Everything happened so quickly. We couldn’t swim directly back because of the tide, so we swam out and around the rip and eventually reached the shore.”The importance of flotation“The girls did the right thing by taking a flotation device,” says Michael Van Den Bergh, Station 37’s station commander. “It’s very important to take a flotation device when attempting to save someone who may be drowning. They could be panicked and exhausted, and there is the potential that they may overpower their rescuer. With a flotation device, this is less likely to happen, and it’s best to hand it to the struggling swimmer to grab onto before you yourself make contact. Pink Rescue Buoys are stationed at all major beaches for this reason.”Once the girls were all safely ashore, Abbygail says, “I began to shake. I didn’t realise how much adrenaline was coursing through me. I’d never rescued anyone before.”“We arrived at the scene just before the ambulance,” says Michael, “and the rescued girl seemed okay, she had just swallowed some water.” After a medical assessment and treatment in the ambulance, she was released and required no further assistance. 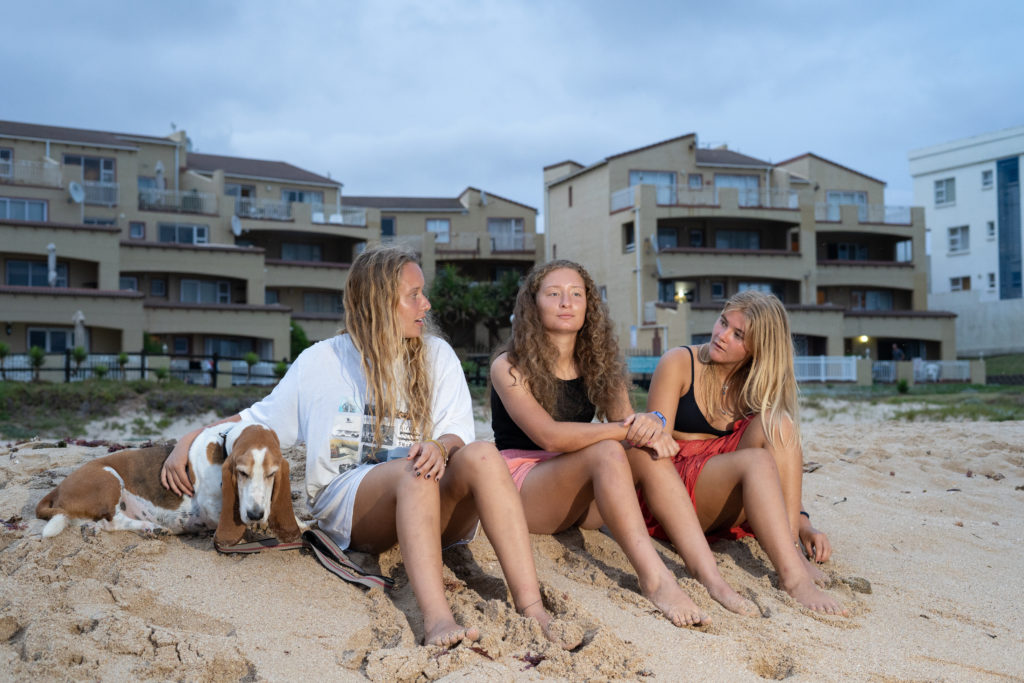 Proud parents“It was amazing for us to hear what she did,” says Rieghard, Abbygail’s father. “My wife and I were driving back from Port Elizabeth at the time, and had just been talking about how everyone was rushing to the beaches after lockdown. I still have access to the NSRI callout messaging system, and I saw there was a drowning in progress. I never imagined Abbygail was involved. A few minutes later she called and told us what happened. We couldn’t be more proud of her.”The NSRI commends the four girls for their combined efforts that contributed to saving a life.For more articles on civilian rescueshttps://www.nsri.org.za/2020/11/jeffreys-bay-saturday-31st-october-6-swimmers-rescued-by-lifeguards-and-by-local-surfers/https://www.nsri.org.za/2020/07/jeffreys-bay-thursday-02-july-windsurfer-assisted-by-surfers-and-bystanders/https://www.nsri.org.za/2020/08/herolds-bay-lifeguard-saves-teen-with-the-aid-of-a-pink-rescue-buoy/
Share

Grateful thanks to an “old friend” and now Platinum Partner, Vodacom