NSRI coastwatchers in the area were tasked to keep a look-out and to monitor the whales location.

On arrival on the scene following a brief search the whale was located 2 nautical miles South of Scarborough, 1 nautical mile off-shore.

Our SAWDN team attached a kegging buoy onto the the fishing line rope that was dragging behind the whale in a successful effort to slow down the whales movements.

Using the SAWDN specialised cutting equipment the trailing line was cut 2 to 3 meters behind the whale and the fishing line rope wrap that was around the tail fell free.

The whale swam away after being freed from all of the fishing line ropes and fishing gear.

The operation, from arrival on the scene to cutting and recovering all fishing rope and fishing gear, lasted 20 minutes.

The whale appeared to be healthy and was swimmingly strongly.

SAWDN are confident that this operation has been successful.

The operation completed at 14h14. 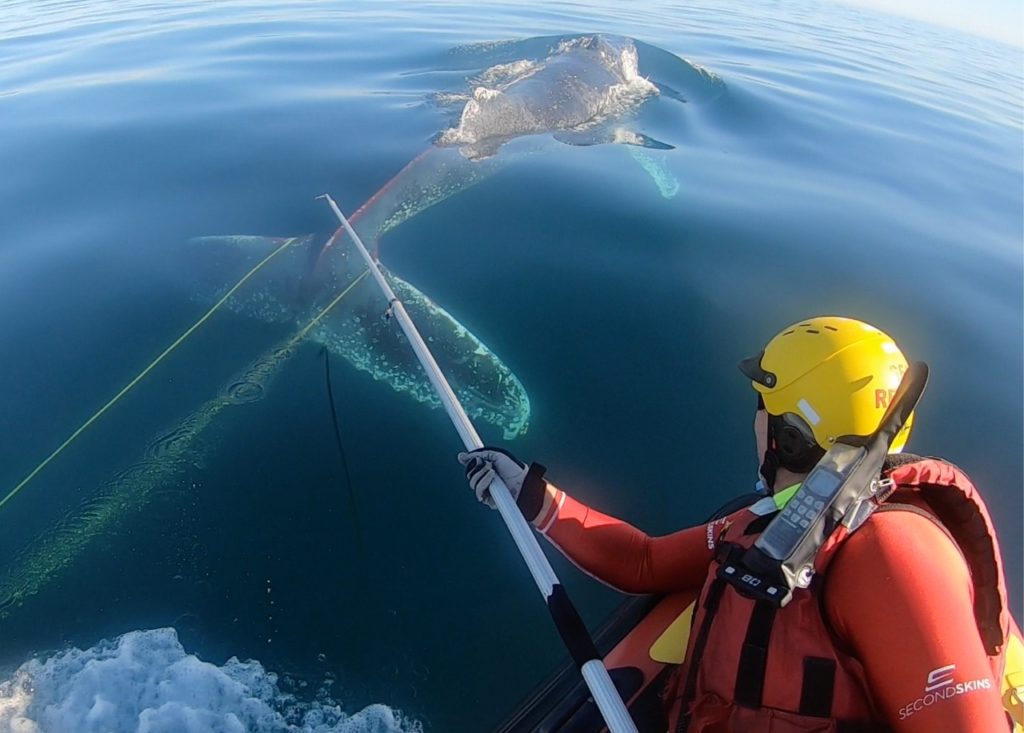