Mike Shaw, NSRI Mykonos station commander, said:On Saturday morning, 04 January, NSRI Mykonos duty crew launched our Sea Rescue craft Spirit of Rotary East London II at Port Owen to rendezvous with the SA Amandla who had alerted SANCCOB (South African Foundation for the Conservation of Coastal Birds) to what they believed to be a Petrel sea bird appearing to be injured on their ship.A sea bird that had landed on the SA Amandla around about the 27th of December while she was at sea was being cared for and fed by the SA Amandla crew but after the bird failed to fly away and appeared to be weak SANCCOB were alerted.SANCCOB contacted NSRI requesting our intervention and on Saturday we rendezvoused with SA Amandla 12 nautical miles off-shore of Laaiplek and the bird was transferred onto our sea rescue craft and brought to shore and it was collected by SANCCOB.Believing the bird to be a Petrel NSRI crew named the bird Diesel but SANCCOB have confirmed that in fact the bird is a Cory's Shearwater which are not often seen.SANCCOB are caring for the bird and tests and X-Rays have not yet determined any medical complaint at this stage other than the bird appears to be weak and tests and care for the bird are continuing.SANCCOB have also confirmed that the Cory's Shearwater are fully migrant, found in the Sub Antarctic Region, across to South America and up to Northern Europe. 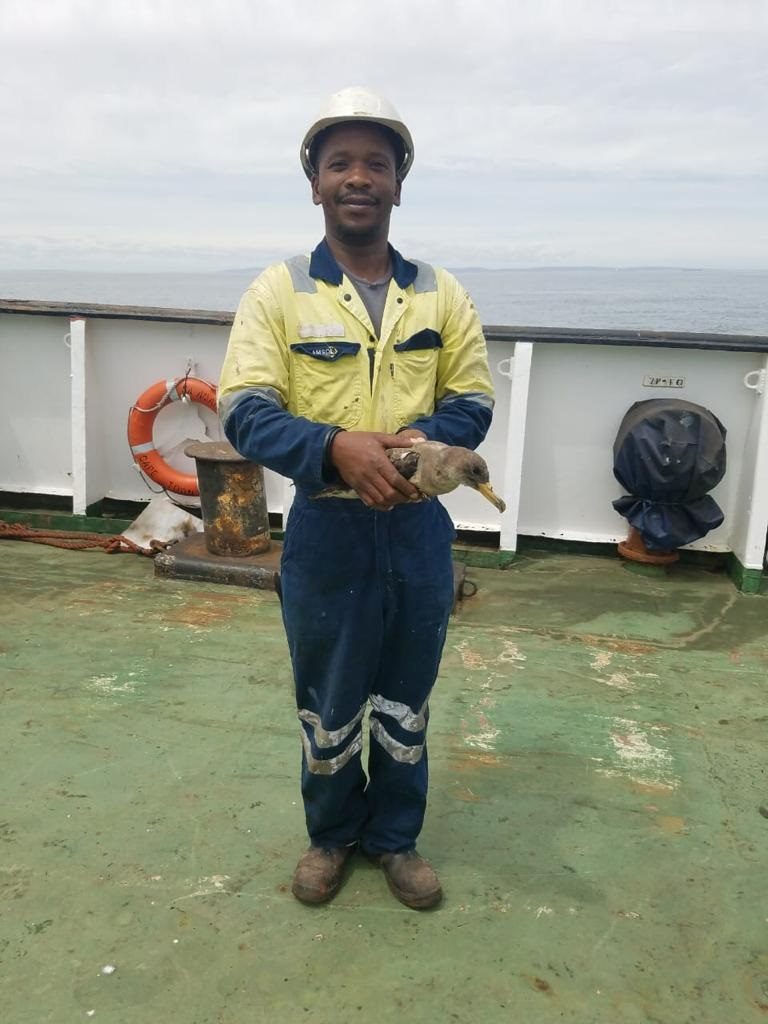 A SA AMANDLA crewman with the Cory’s Shearwater sea bird aboard the SA AMANDLA. 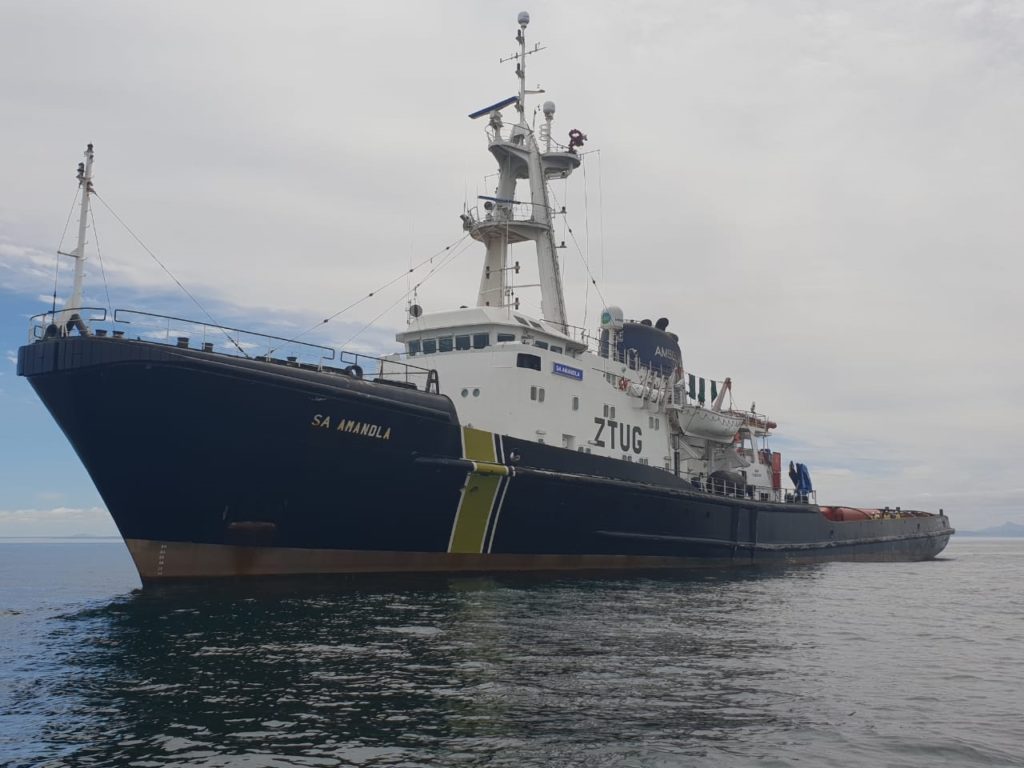