Marc de Vos, NSRI Table Bay station commander, said:At 18h09, Thursday, 17th October, NSRI Table Bay duty crew were activated following eye-witness reports of surfskiers appearing to be in difficulty in heavy surf conditions, followed by eye-witness reports of red distress flares fired from paddlers on surfski's off Mouille Point lighthouse. Multiple eye-witnesses calls confirmed the surfskier's appeared to be in difficulty.Our sea rescue craft Spirit of Vodacom was conducting routine training in the area at the time and diverted to assist what was believed to be a number of surfskiers appearing to be in distress.Law Enforcement had also received calls from the public and they responded.On our NSRI sea rescue craft arrival on the scene, within a few minutes of the initial activation, we found one adult male surfskier had lost his surfski and he was rescued from the surf onto the sea rescue craft. Another adult male surfskier opted to end his paddle and return to land on the sea rescue craft and was taken aboard our rescue craft along with his ski.The out paddle had started earlier in Granger Bay in windless conditions but during the paddle rough seas resulted in a number of paddlers experiencing difficulty.It appears most of the paddlers helped each other, but when one surfski was separated from its owner, red distress flares were fired by a fellow surfskier and emergency calls were made to raise the alarm.Both surfskiers were brought to our sea rescue base where crew gave them a lift by road to OPBC (Oceana Power Boat Club). They required no further assistance.No one was reported to be injured in the incident. 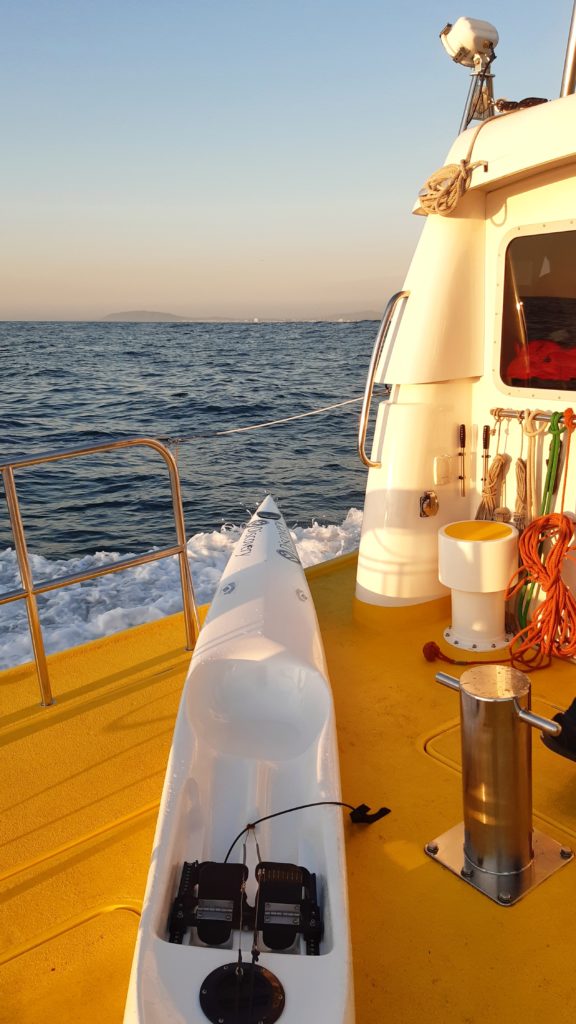 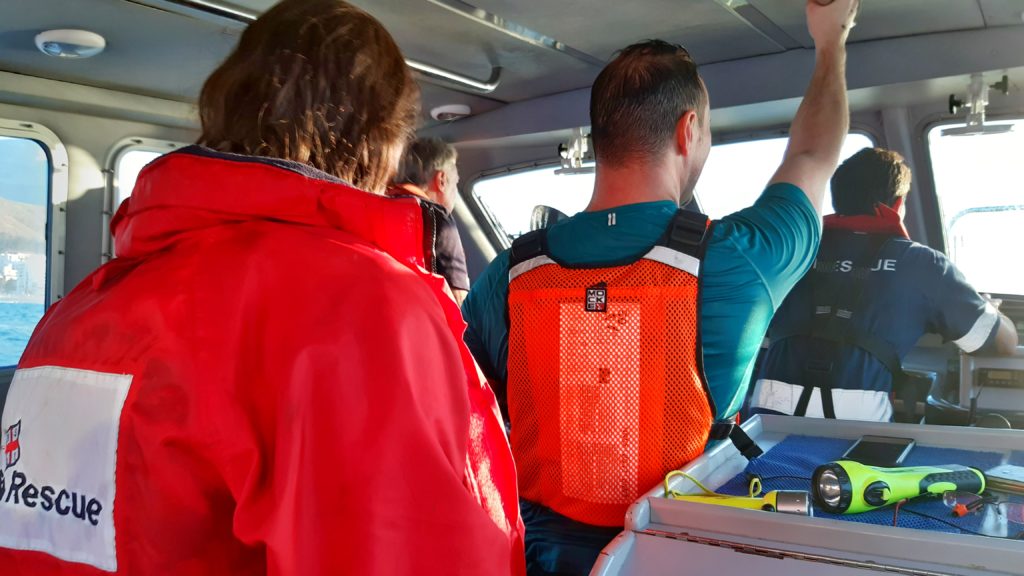