PORT ELIZABETH:Justin Erasmus, NSRI Port Elizabeth station commander, said:At approximately 04h30, Tuesday, 24th September, NSRI Port Elizabeth duty crew were activated following reports of a boat capsized with 4 persons onboard approximately 5 nautical miles off-shore of Ngqura Port, Port Elizabeth.The sea rescue craft Spirit of Toft and JLT Rescuer were launched and following a brief search the upturned hull of a fishing ski-boat, with her 4 crew clinging onto the upturned hull of their boat, was located and all 4 crew, all male adults, were found to be safe and not injured and they were rescued onto the sea rescue craft.We were able to right the casualty craft at sea and we towed the casualty craft to our sea rescue station in the Port of Port Elizabeth without incident and the casualty boat has been recovered and no further assistance was required. 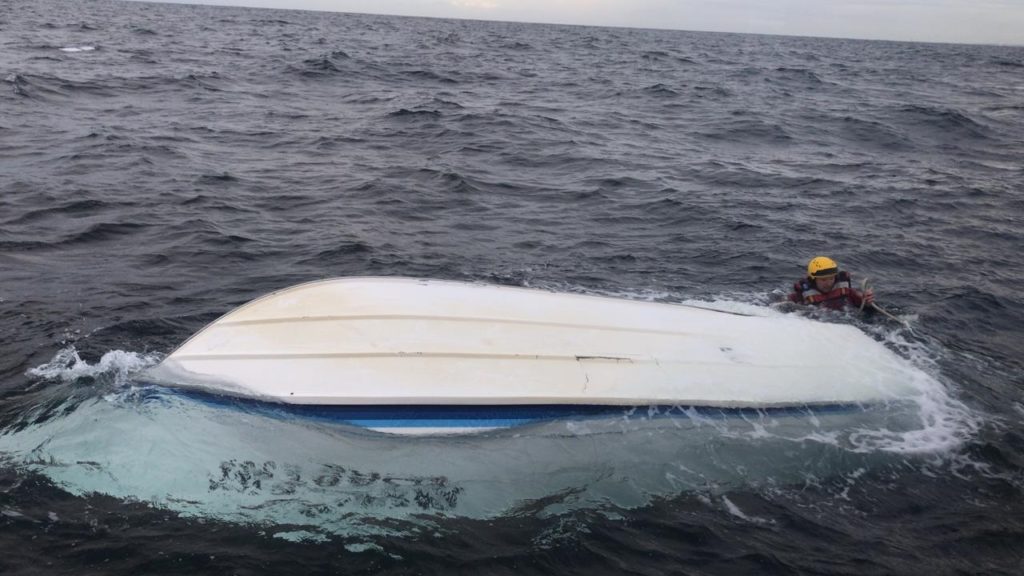 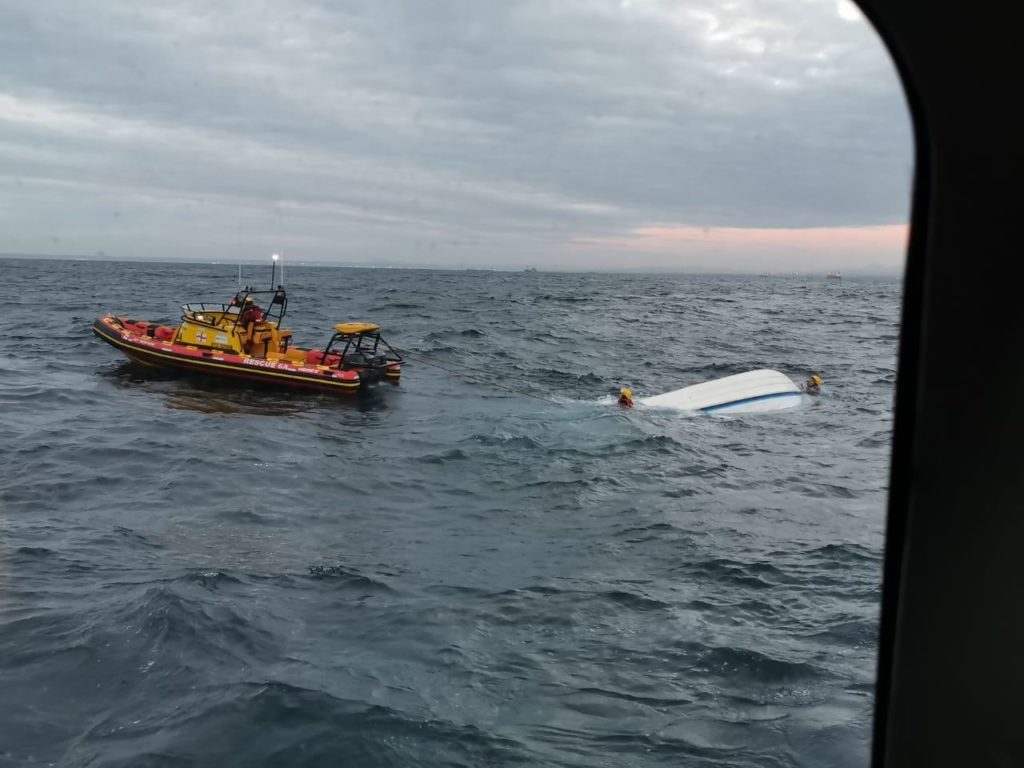 KOMMETJIE:Ian Klopper, NSRI Kommetjie station commander, said:At 07h50, Tuesday, 24th September, NSRI Kommetjie duty crew were activated following reports from one of our off duty NSRI volunteers who had come across a Stingray beached and alive on Kommetjie Beach.Our NSRI rescue vehicle and our NSRI quad bike and a member of the 2 Oceans Aquarium responded.On arrival on the scene the Stingray was found to be in poor health and we were able to return the Stingray to the sea and we are cautiously optimistic that the Stingray will survive.We monitored the Stingray heading out to sea and the Stingray appeared to regain strength as it progressed. 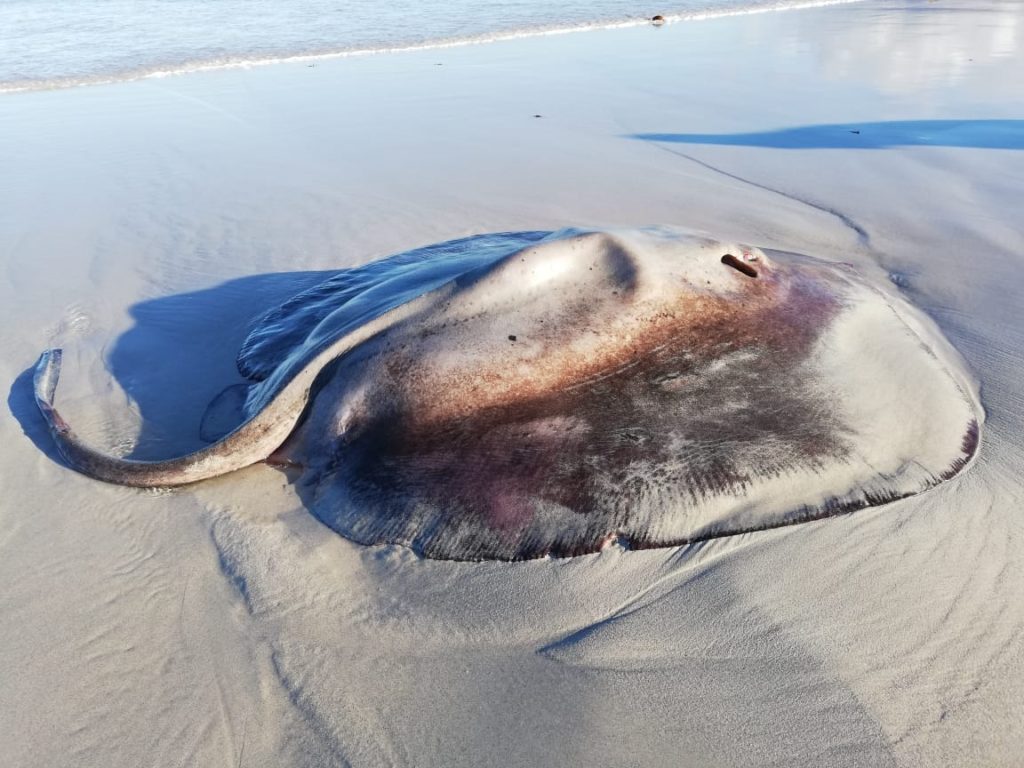 WITSAND:Thys Carstens, NSRI Witsand duty coxswain, said:At 09h13, Tuesday, 24th September, NSRI Witsand duty crew were activated following reports of a houseboat taking water 32 kilometers upstream of the Breede River.The sea rescue craft Breede Rescuer was launched and on arrival on the scene we found the unmanned houseboat submerged up to her roof.NSRI assisted the owners to re-float the houseboat which will be moved to her mooring by the owners at the next high tide and no further assistance was required. 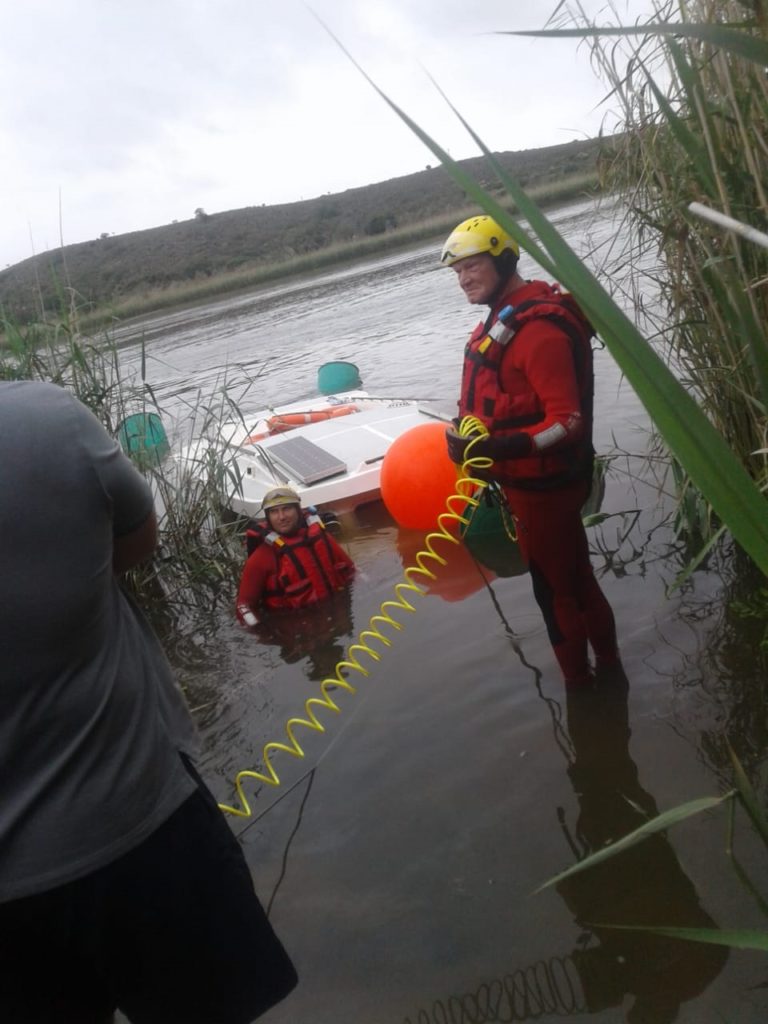 DURBAN:Jonathan Kellerman, NSRI Durban station commander, said:At 09h55, Tuesday, 24th September, NSRI Durban duty crew were activated following Police reports of a boat capsized off-shore of The Bluff.Our sea rescue craft Rescue 5A was launched.Police Search and Rescue, eThekwini lifeguards, Life Healthcare response paramedics and eThekwini Fire and Rescue Services responded.On arrival on the scene we found the local fishing boat Mad Max had rescued all 4 local men, 3 adults and a child, from the water and they safe and all crew of the capsized ski-boat were accounted for.Mad Max took the 4 casualties to our sea rescue station where Life Healthcare paramedics medically assessed them and one man suffering minor injuries was transported to hospital in a stable condition by ambulance for further care.We righted the casualty craft at sea and towed the casualty boat to Vetchies beach where the boat was recovered and no further assistance was required.NSRI commend the crew of Mad Max for assisting.SHELLY BEACH:Jeremiah Jackson, NSRI Shelly Beach station commander, said:At 09h25, Tuesday, 24th September, NSRI Shelly Beach duty crew were placed on alert to assist a local charter boat suffering motor mechanical failure and needing assistance to beach.Passengers of the casualty craft were transferred onto a fellow charter boat and they were brought to shore safely without incident.The sea rescue craft Shelly Spirit was placed on alert while the casualty craft, running on one motor, came through the surf to the beach and once safely beached no further assistance was required.NSRI commend the local charter boats for their team work. -ENDS- TO REPORT A SEA RESCUE EMERGENCY DIAL 112 FROM A CELLPHONE
Share