On Saturday the 17 August, volunteers, supporters and Rotarians of Rotary Table Bay, Newlands and Hermanus gathered at our temporary Hermanus rescue base to bless their new 6.5 metre vessel Rotarian Burnett. 24 years ago Rotarian Richard Burnett came up with the idea of hosting an annual wine auction to raise funds for the NSRI. Since then, the proceeds have funded rescue vessels, rescue vehicles, rescue base buildings and our water safety education programme.We are proud to be associated with such an amazing organisation like Rotary. Thank you for your unwaivering support to Sea Rescue and our vision of Saving Lives, Changing Lives and Creating Futures. 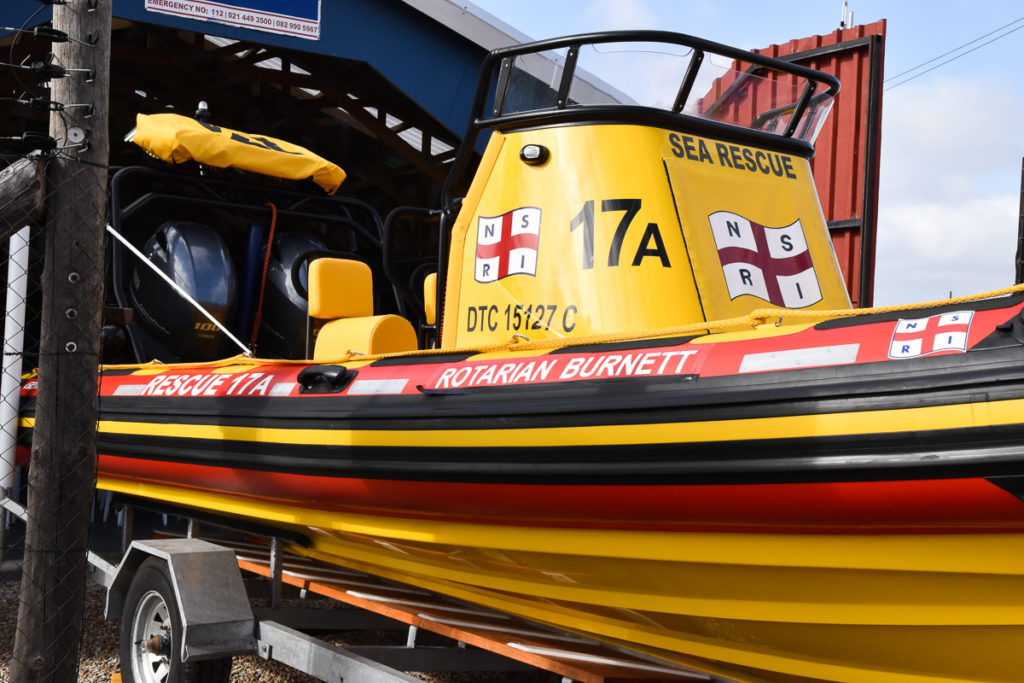 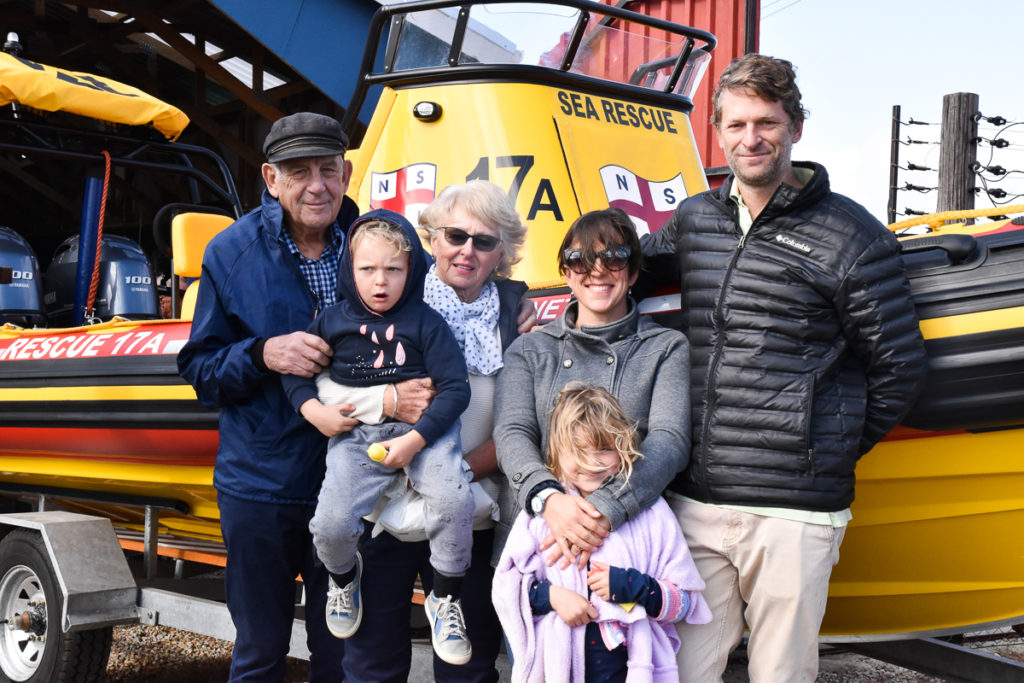 Richard and Chippy Burnett with son Steven and Victoria Burnett and grandkids Henry and Faye. 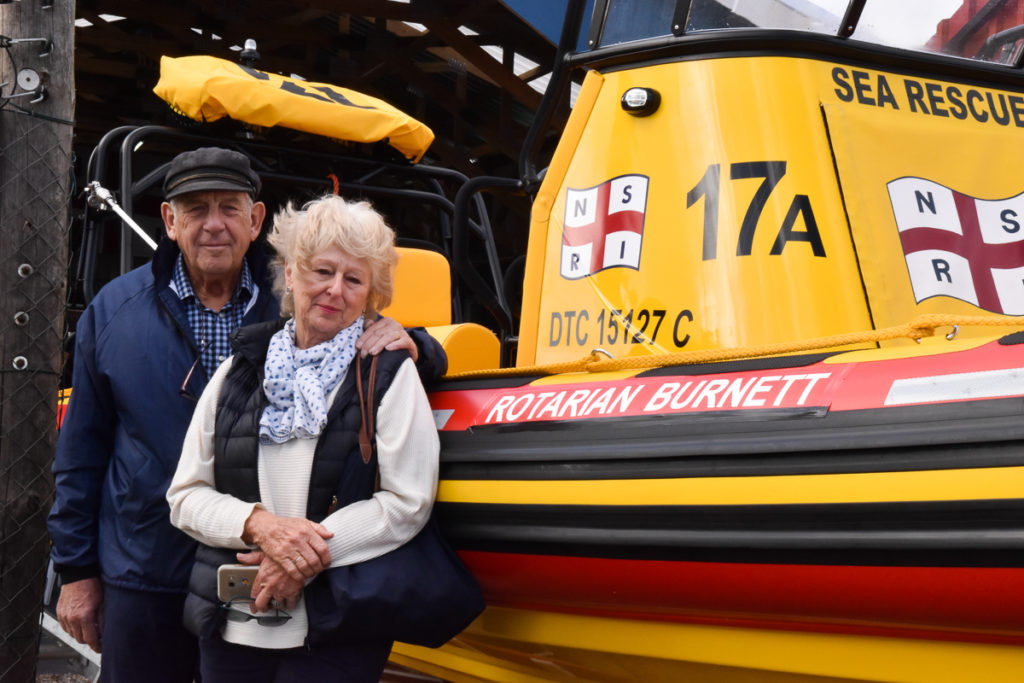 RIchard and his wife, Chippy Burnett 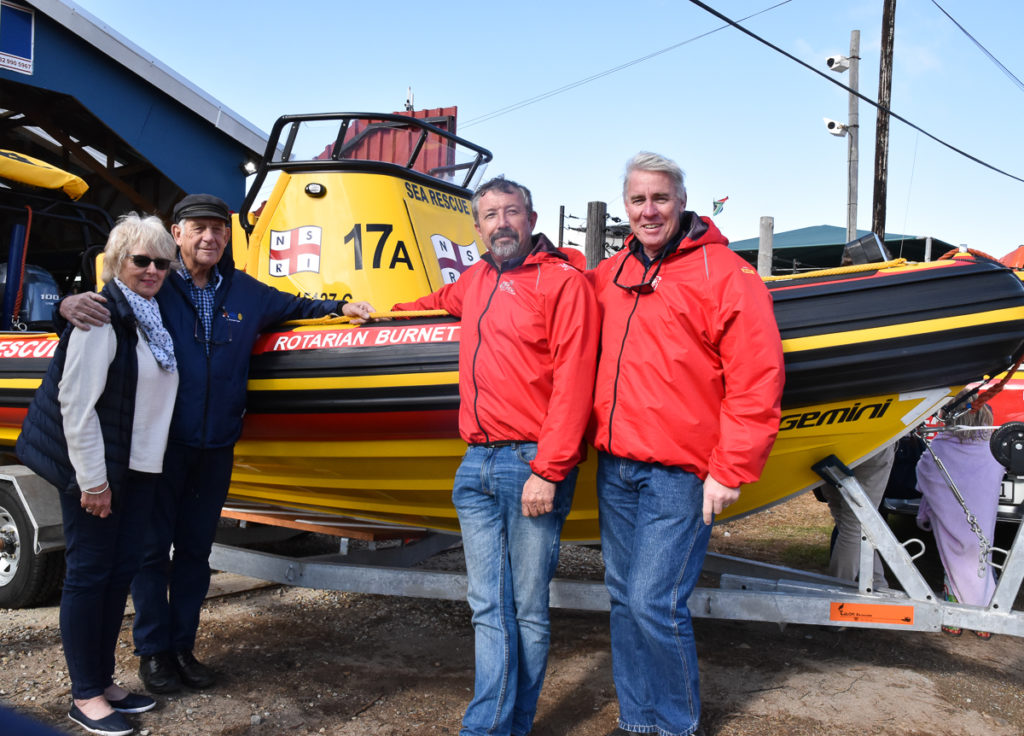 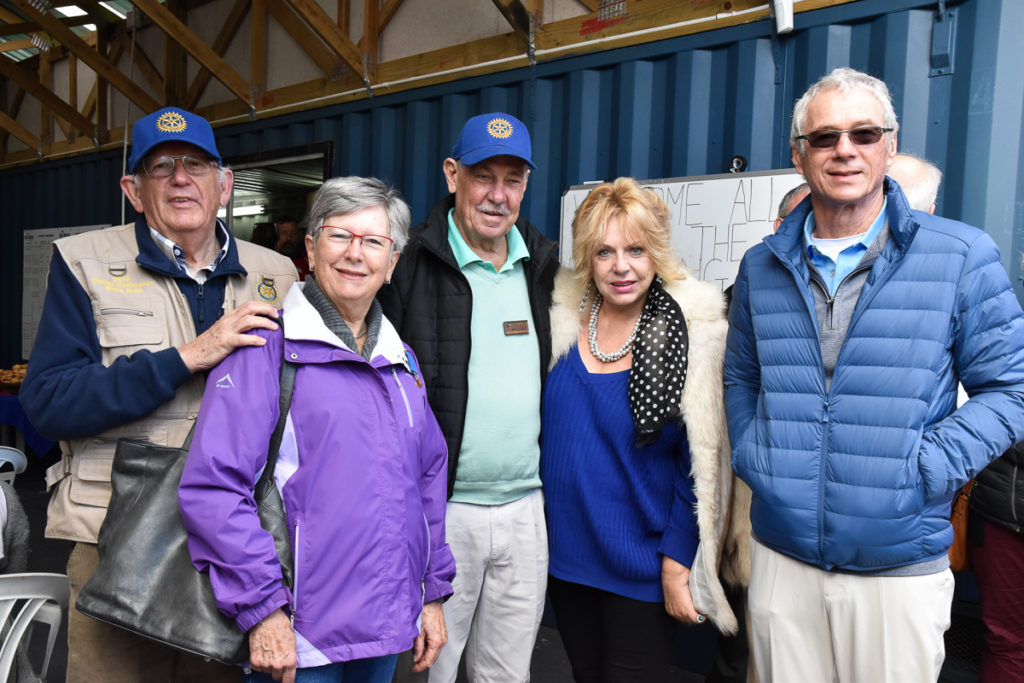 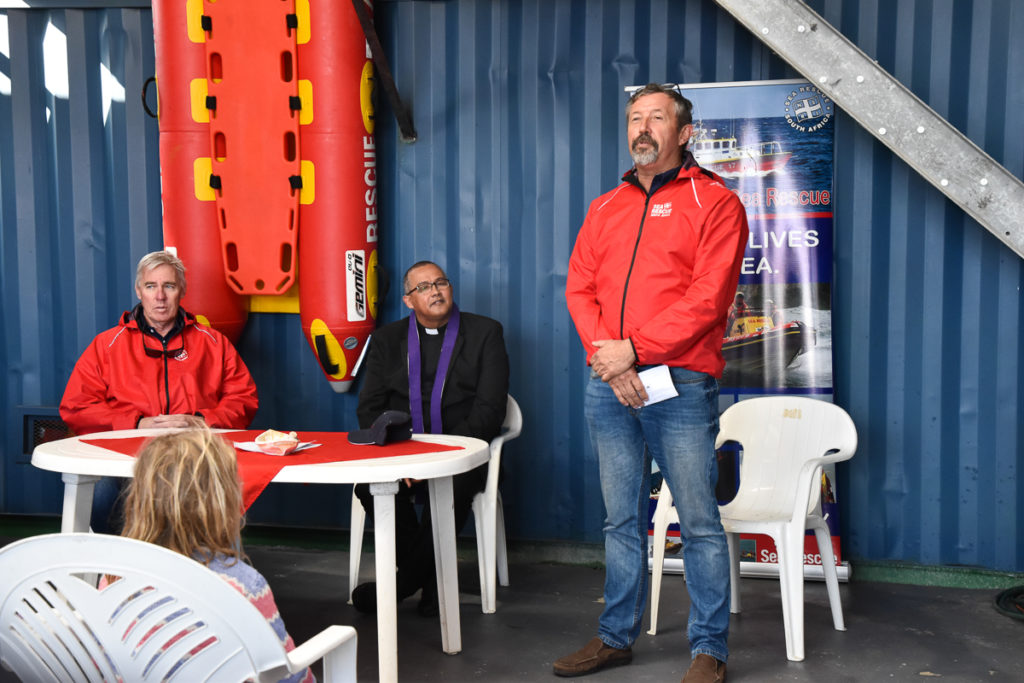 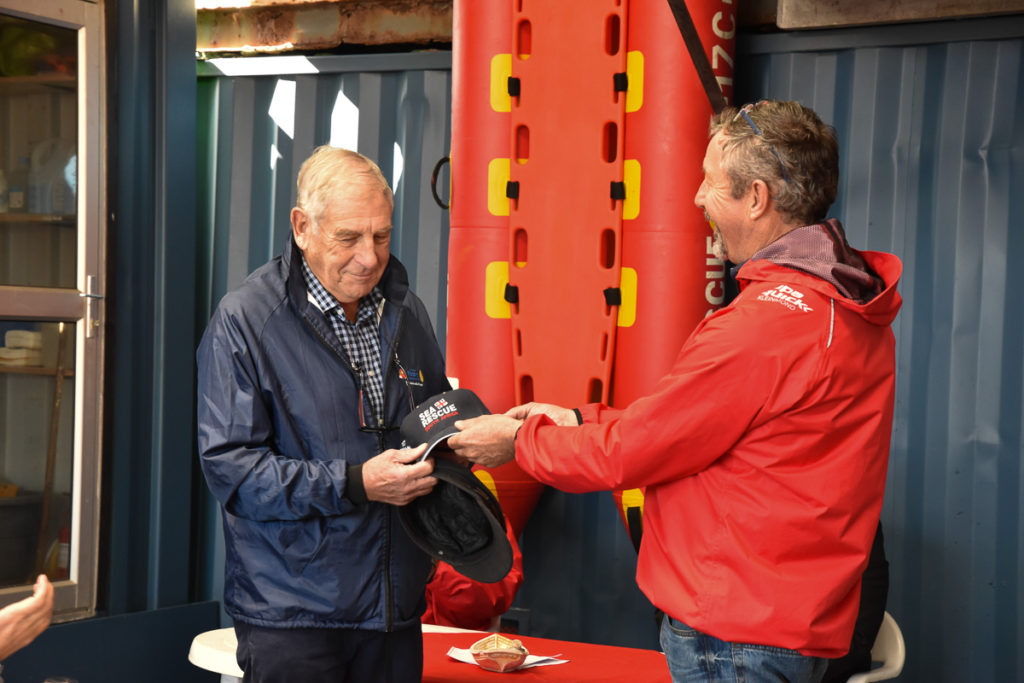 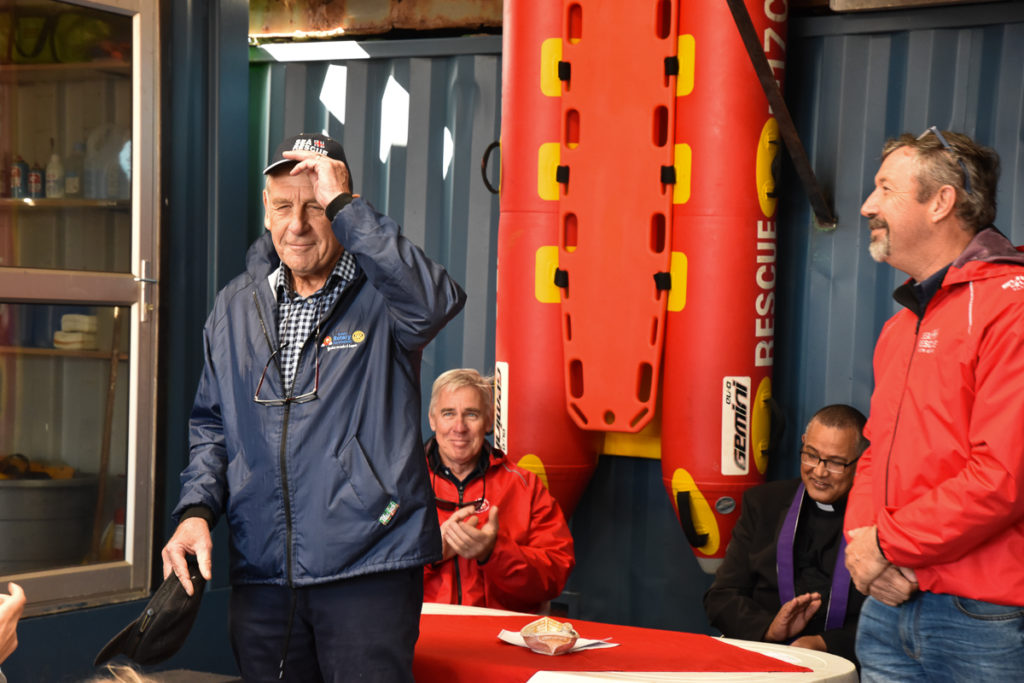 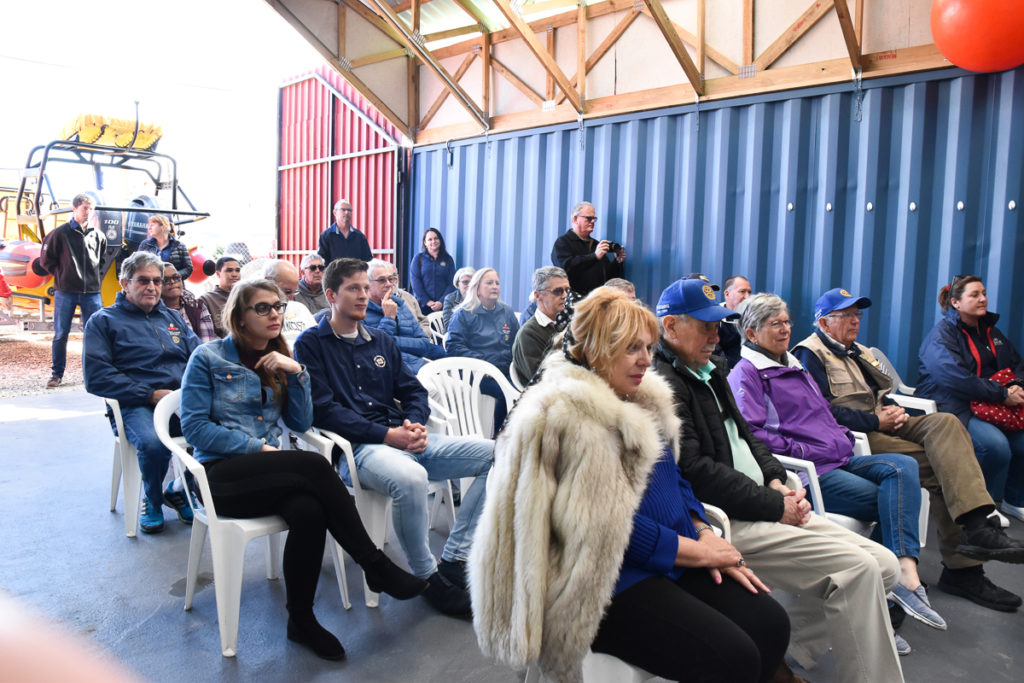 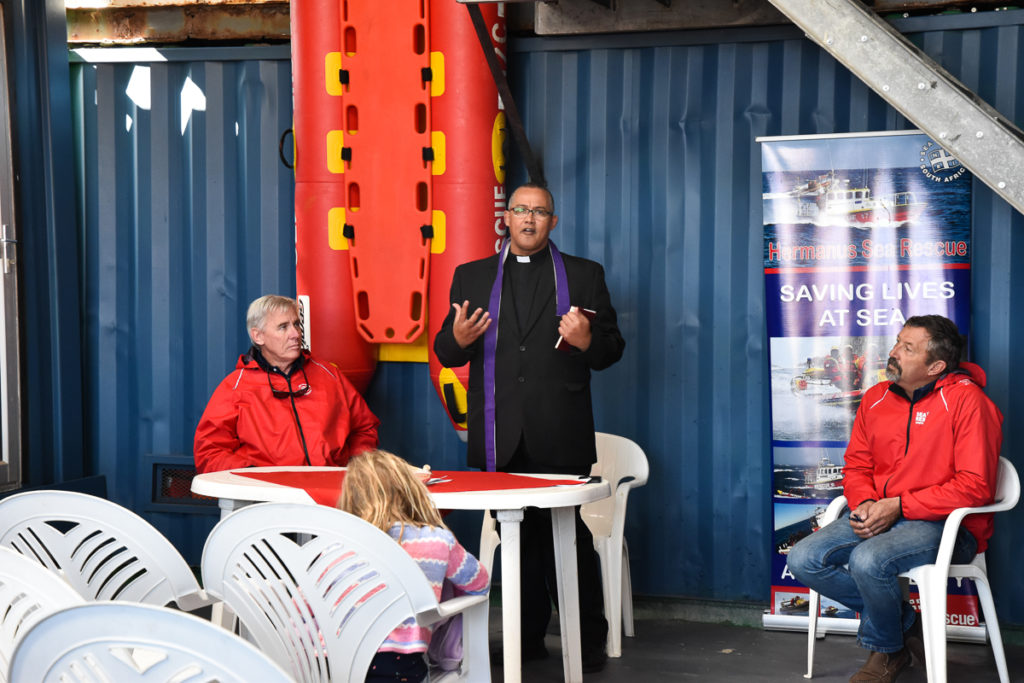 Father Christian Franz does the official blessing and prayer. 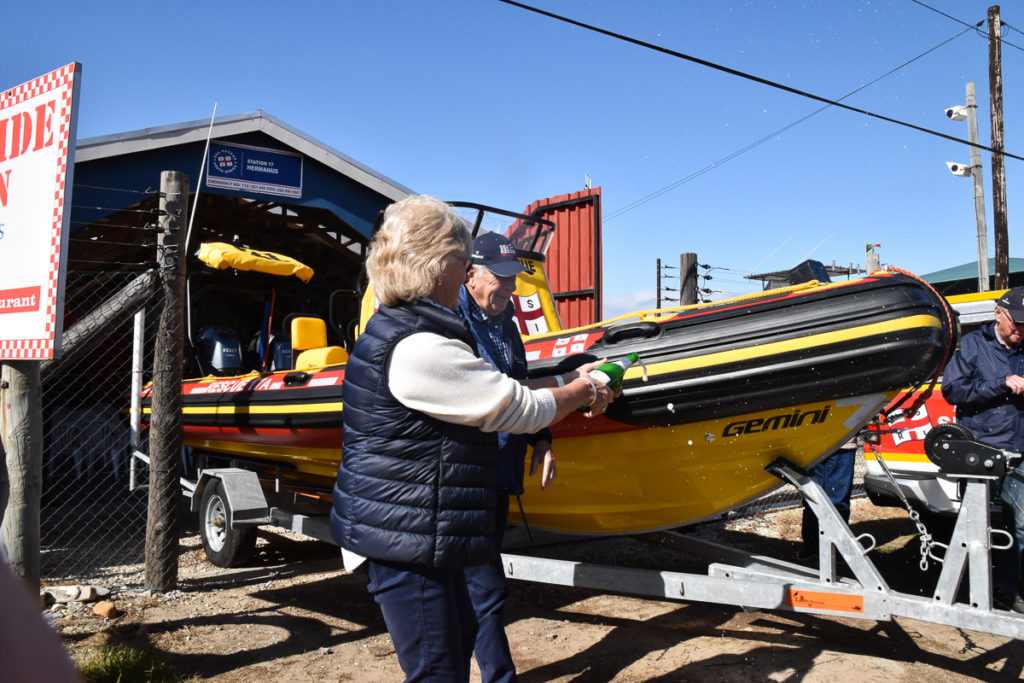 Chippy Burnett pours champagne over the bow and names her the Rotarian Burnett. “May God bless her and all who sail in her” 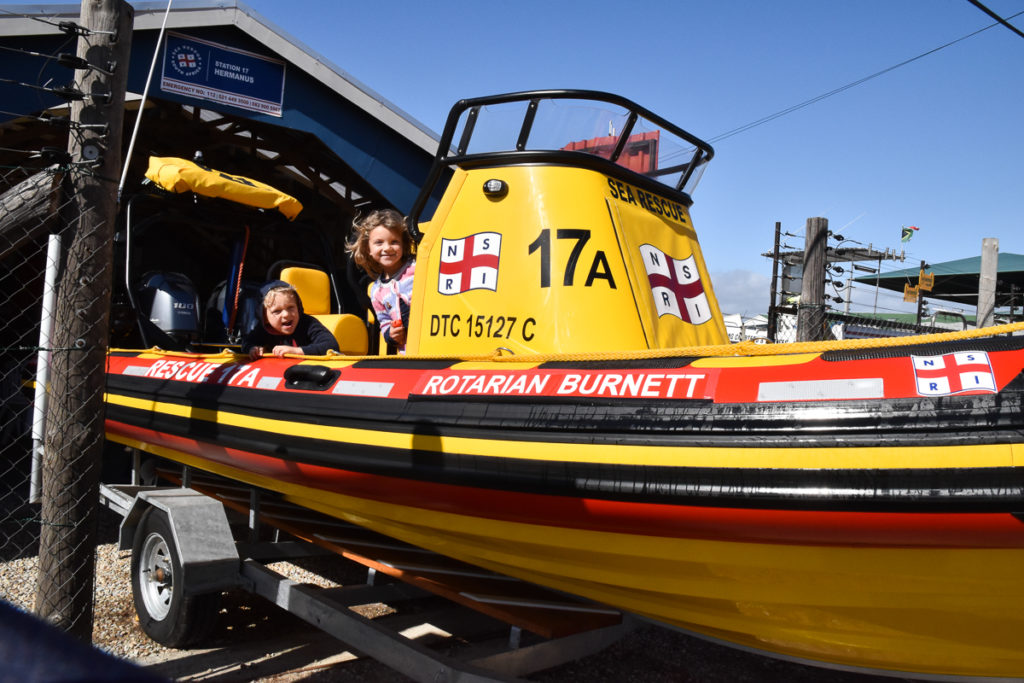 Richard Burnett's grandkids enjoy some time on the vessel. 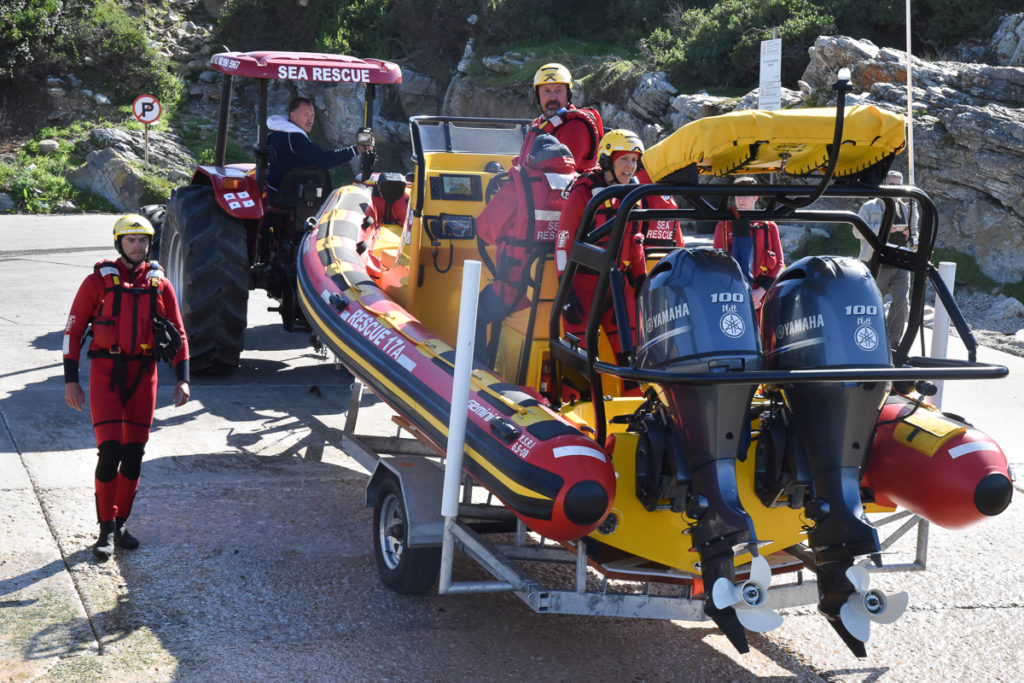 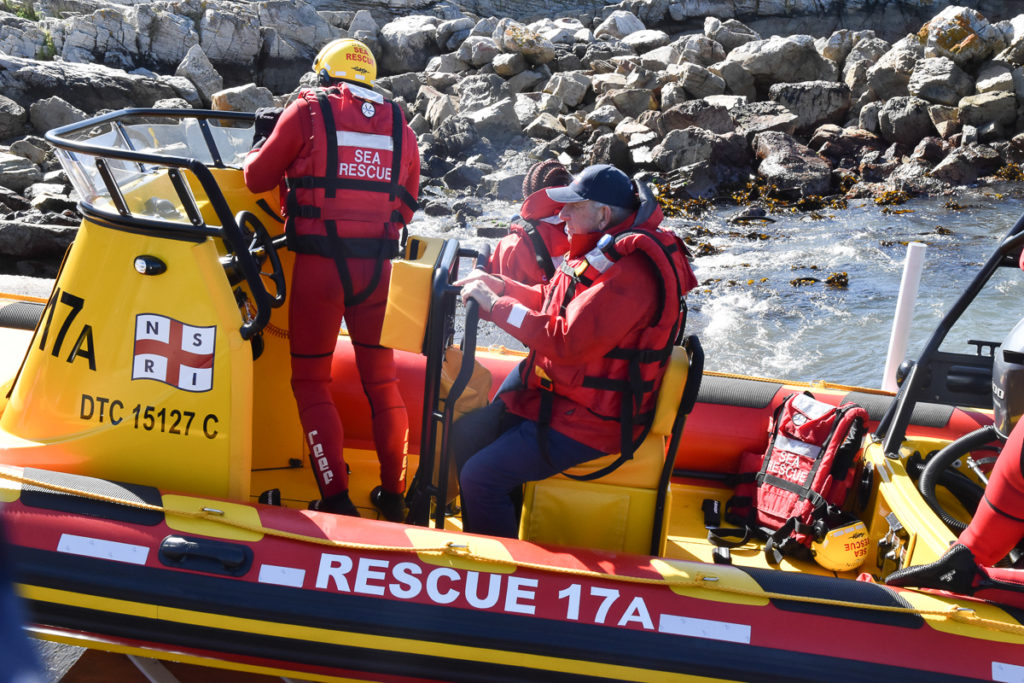 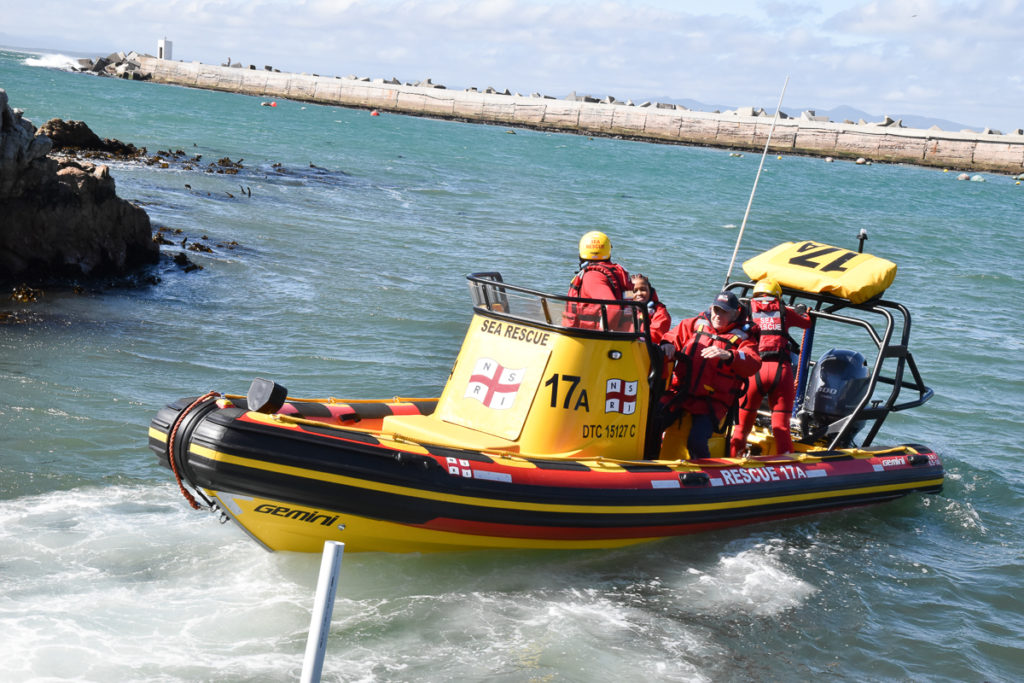 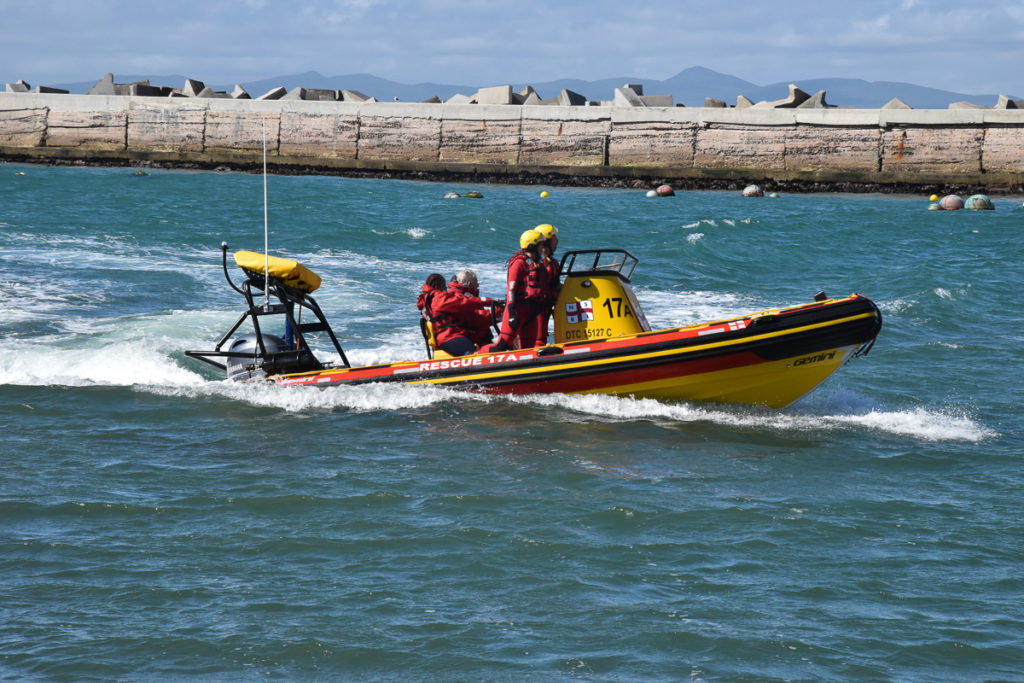 Patient evacuation off a ship: