SAWDN successfully disentangled a juvenile 8 meter Humpback whale from an entanglement in fishing gear off Buffels Bay, Cape Point.SAWDN were activated late yesterday afternoon, Sunday, 30th June, following eye witness reports of a whale appearing to be entangled.SAWDN volunteers, aboard an NSRI Simon's Town rigid inflatable sea rescue craft and the local whale watching boat Southern Right, responded to the scene and, in unfavourable sea conditions, initiated a disentanglement operation. The whale was seen to have relatively good freedom of movement so the operation was suspended last night and resumed this morning.During the night TMNP (Table Mountain National Park) rangers monitored the whale.SAWDN volunteers, were assisted by an NSRI Simon's Town sea rescue craft, Dave Hurwitz's whale watching boat Southern Right and the fishing vessel Albatross. The disentanglement operation lasted just over an hour this morning. Heavy cutting gear and grappling hooks were used, and with the assistance of the fishing vessel Albatross, the fishing line was lifted and the whale was successfully released from the rope entangled around its right flipper. It appeared healthy and confidently went on its way after being released.SAWDN wish to thank NSRI Simon's Town, Dave Hurwitz and his boat Southern Right and the fishing vessel Albatross for their assistance in this successful operation today. 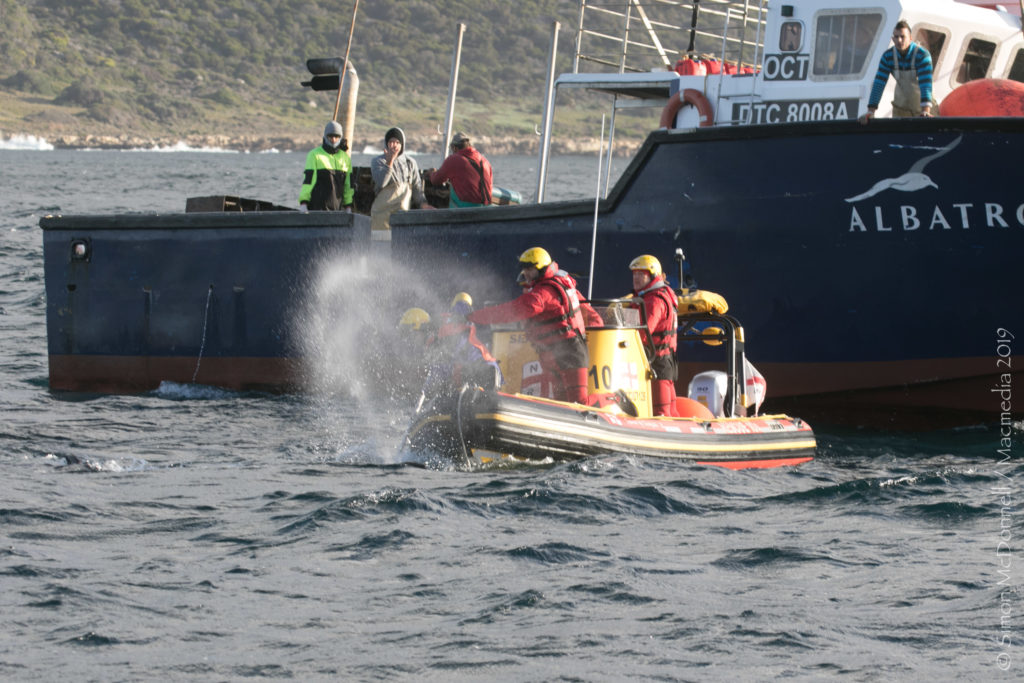 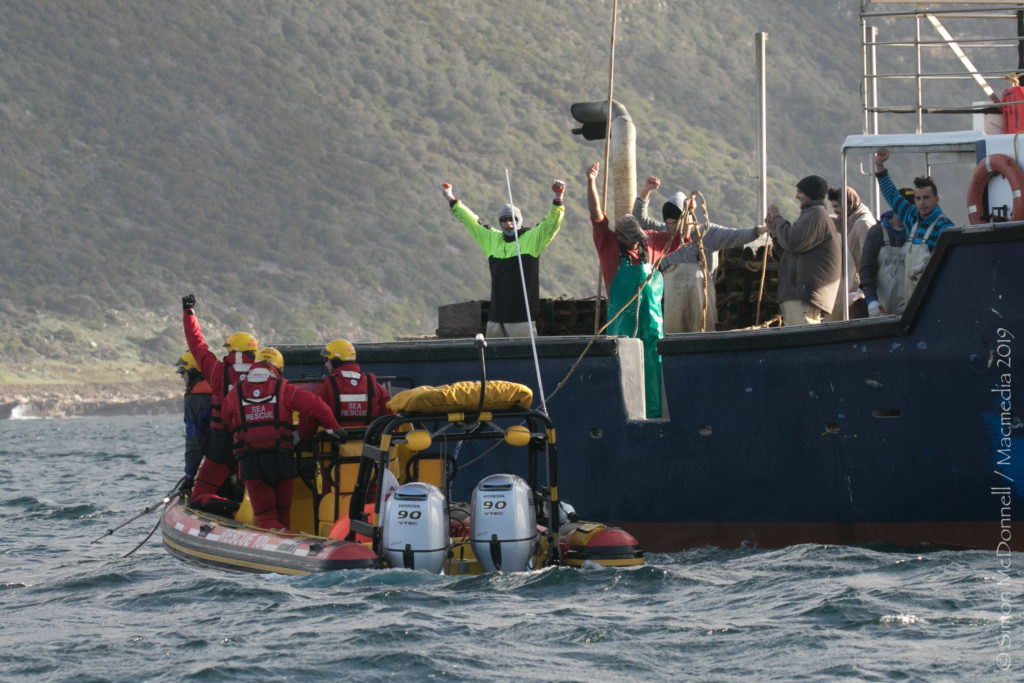