MUNSTER – SOUTH COASTJohn Nicholas, NSRI Port Edward station commander, said:At 10h49, NSRI Port Edward were activated following reports of a boat capsized in the surfline at Glenmore Beach, Munster, on the South Coast.NSRI Port Edward rescue swimmers, Police Search and Rescue, Med-Evac ambulance services and Netcare 911 ambulance services responded to join Emithonjaneni Lifeguard Services (ELS) Glenmore lifeguards on the scene.On arrival on the scene we found 4 men from the capsized boat had been rescued from the surf by the 4 ELS Glenmore lifeguards.The 4 men were medically checked by paramedics and found not to be injured. One of the rescued men had lost his prosthetic leg during the incident and the prosthesis was recovered from the shoreline and returned to the man.Their capsized boat washed onto rocks on the shoreline and arrangements will be made for the boat to be recovered.NSRI commend the 4 ELS Glenmore lifeguards for their swift action. 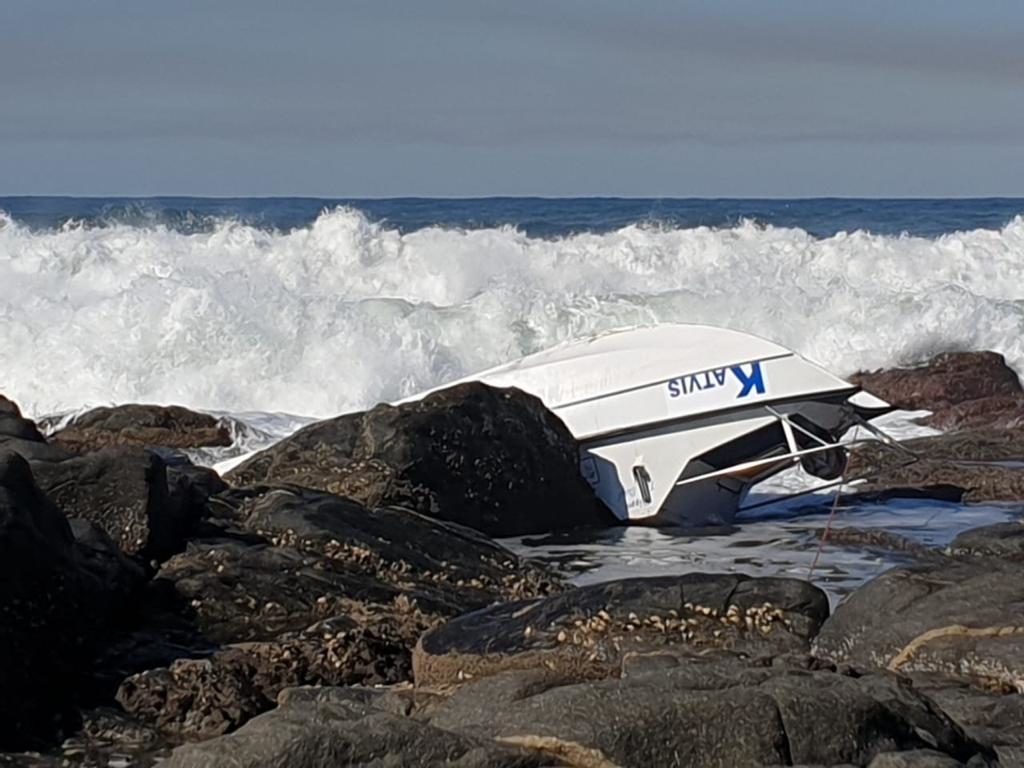 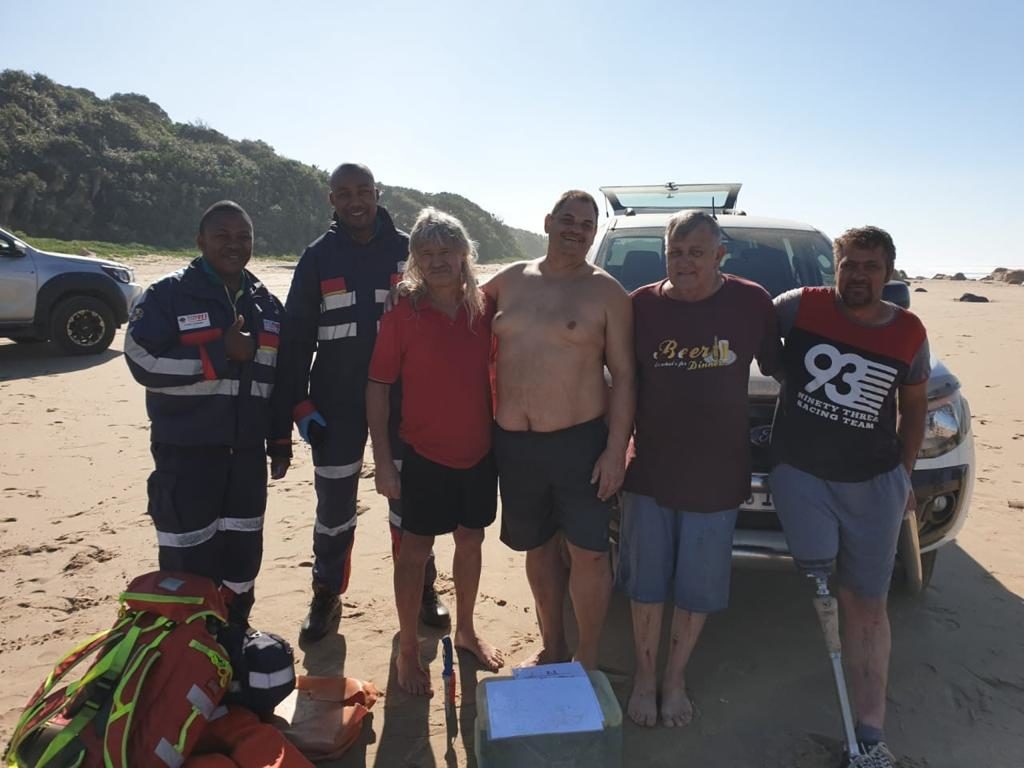 From left: The 4 rescued men - Theo Steyl, Lourens Potgieter, Theuns Labaschagne and his son Alan Labaschagne standing with 2 of the paramedics.
Share

Durban crew responds to yacht that suffered damage and taking on water..