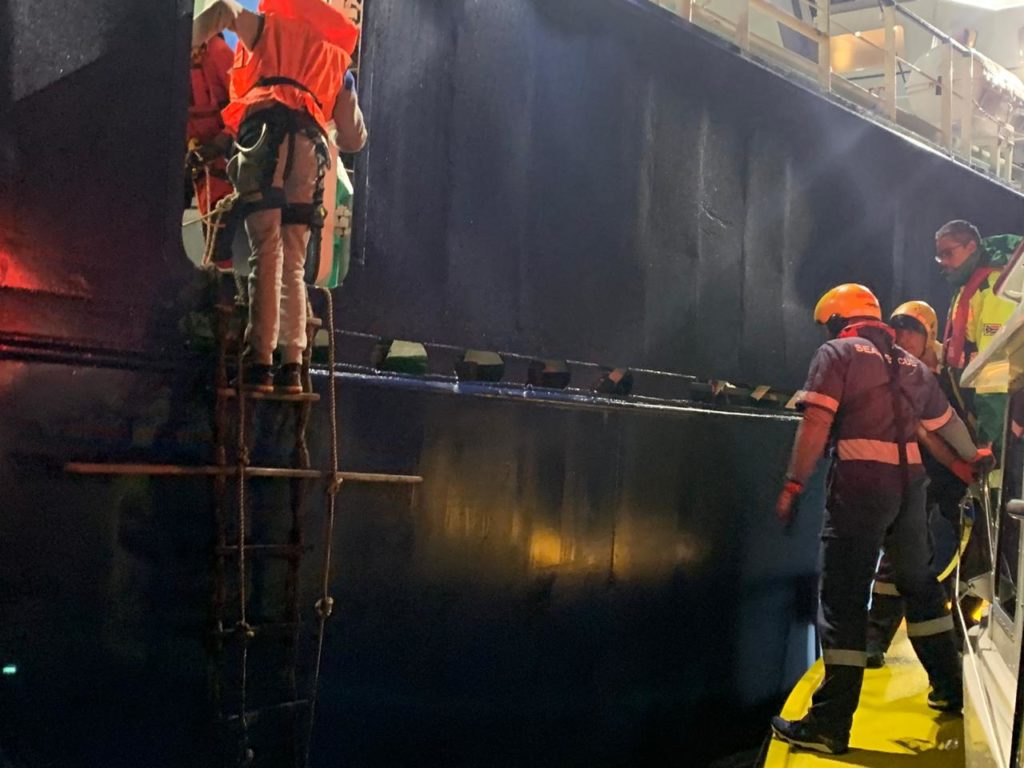 TABLE BAY:Quentin Botha, NSRI Table Bay station commander, said:At 22h30, Friday, 05 July, NSRI Table Bay duty crew were placed on alert following a call to the NSRI Emergency Operations Centre from the agents of a local fishing trawler reporting a crewman injured after being struck in the face and body by a cable while at fishing grounds deep sea South of Cape Point.The fishing trawler was making headway towards the Port of Table Bay.MRCC (Maritime Rescue Coordination Centre) were alerted and a WC Government Health EMS duty doctor, with the assistance of Metro Control, medically evaluated the patient and communications were established with the fishing trawler by Telkom Maritime Radio Services.A patient evacuation was authorised and at 00h30 NSRI Table Bay duty crew were activated to prepare to rendezvous with the trawler expected to be off shore of the Port of Table Bay by approximately 02h00 on Saturday morning.The sea rescue craft Spirit of Vodacom was launched accompanied by 2 EMS rescue technicians and we rendezvoused with the trawler off-shore of the Port of Table Bay.2 of our NSRI rescue swimmers and the 2 EMS rescue technicians were transferred onto the trawler and the patient, in a serious but stable condition, suffering head and arm injuries was treated for his injuries and transferred onto the sea rescue craft and brought to our NSRI Table Bay sea rescue base.ER24 ambulance services were activated and the patient has been transported to hospital by ER24 ambulance in a stable condition. 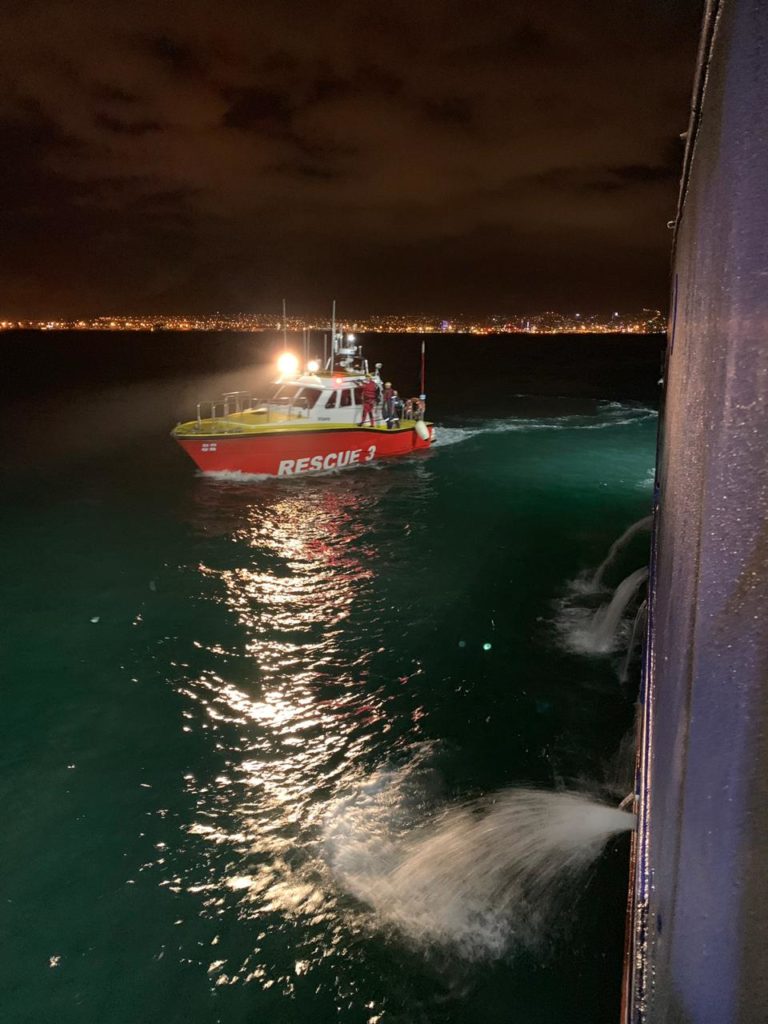 PORT ELIZABETH:Ian Gray, NSRI Port Elizabeth station commander, said:At 07h50, Saturday, 06th July, NSRI Port Elizabeth duty crew were activated following reports of a ski-boat suffering motor mechanical failure 100 meters off-shore of the Noordhoek Ski Boat Club slip-way with only the local skipper onboard.Our NSRI rescue vehicle responded towing the sea rescue craft Spirit of Surfski 4 to the scene and on arrival on the scene the skipper was found safe ashore and not injured and the boat was washing ashore in the incoming surf and the boat was recovered and no further assistance was required.
TO REPORT A SEA RESCUE EMERGENCY DIAL 112 FROM A CELLPHONE
Share