ATLANTIC SEABOARD:Luke van Riet, NSRI Bakoven station commander, said:At 10h55, Saturday, 25th May, our NSRI Bakoven duty crew were activated by the Transnet National Ports Authority (TNPA) following a request for assistance from 3 local male crew fishing off Oudekraal, reporting motor mechanical failure to their outboard motor.They had hailed a passing kayaker and requested the paddler to paddle over to another boat that was nearby to request the crew of that other boat to call for assistance on their behalf. The kayaker obliged and NSRI were alerted.Our sea rescue craft Rotarian Schipper was launched and we responded to the scene where they were at anchor. On arrival on the scene 1 crewman from the casualty craft was transferred onto our sea rescue craft and an NSRI crewman transferred onto the casualty boat and a towline was rigged.We towed them to OPBC (Oceana Power Boat Club) without incident and no further assistance was required.CAPE POINT:Darren Zimmerman, NSRI Simon's Town station commander, said:At 11h48, Saturday, 25th May, NSRI Simon's Town duty crew were activated following a request for assistance from 3 local men on a boat, they were out fishing and suffered motor mechanical failure to their outboard motors off Rooikrans, Cape Point.We dispatched our sea rescue craft Spirit of Safmarine III and Spirit of Surfski II. While en route to the scene a local crew on their private ski-boat confirmed that they had taken the casualty boat under tow and were towing it towards Millers Point. NSRI rendezvoused with them off Buffels Bay.We took over the tow from the ski-boat and towed the casualty craft and her 3 crew to Millers Point where their boat was recovered.We thank the crew of the ski-boat for their assistance.PORT ALFRED:Stephen Slade, NSRI Port Alfred deputy station commander, said:At 11h15, Sunday, 26th May, NSRI Port Alfred duty crew were activated following eye-witness reports of a boat capsized with 2 local men on board at East Pier in the Kowie River Mouth.Our sea rescue craft Lotto Challenger and Rescue 11 Alpha were launched and our sea rescue vehicle and Gardmed ambulance services responded.Both men had managed to get ashore and local surfers were assisting to recover the men's personal effects that had been ejected from the boat when it capsized.With only minor and cuts and bruises they required no medical attention and we righted their boat and towed the casualty boat into the Kowie river harbour where their boat was recovered and no further assistance was required.The eye-witnesses and the surfers who assisted on the scene are commended for their assistance. 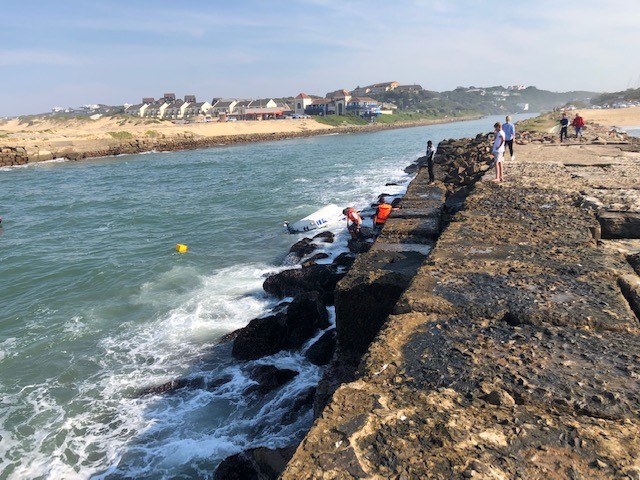 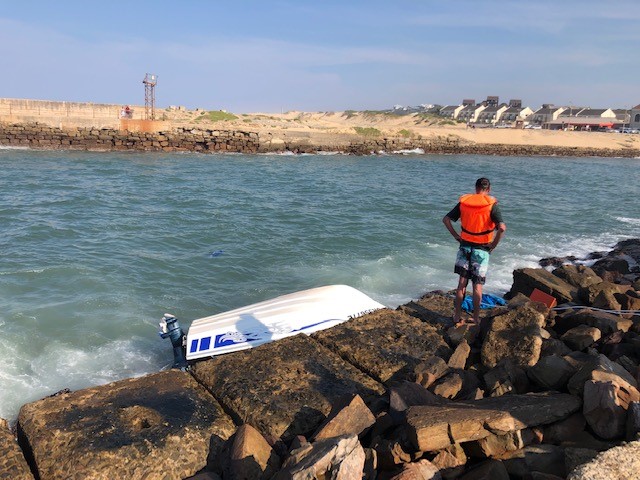 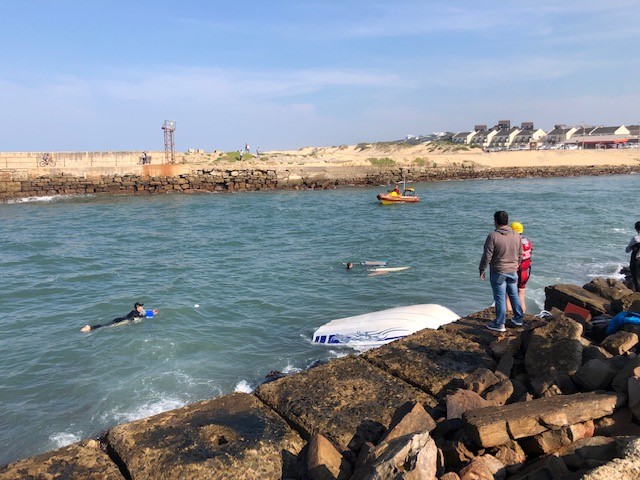