A search and rescue operation commenced for the local 42 year old skipper of Sabrina who was missing and suspected to have fallen overboard.

The boat, with charter passengers onboard and crewed by the skipper, a spotter and a guide, was at sea when the skipper went missing and he was suspected to have fallen overboard unnoticed by any of the crew or passengers.

During a search the skipper was located and recovered from the water approximately 1.5 nautical miles from where he was first noticed to be missing from the boat and he had been in the water for about 40 minutes.

His concerned wife arrived at the base and she was reunited with her husband but understandably in an emotional state she was treated for breathing difficulties and chest pains.  Both the husband and wife were transported to hospital by ambulance in stable conditions and they are expected to fully recover.

It appears that the skipper had gone below decks to the bathroom and failing to return to the top deck the crew had searched for him but could not find him onboard and the alarm was raised.

After being rescued the skipper confirmed that he had slipped and fallen overboard when he was returning to the top deck. 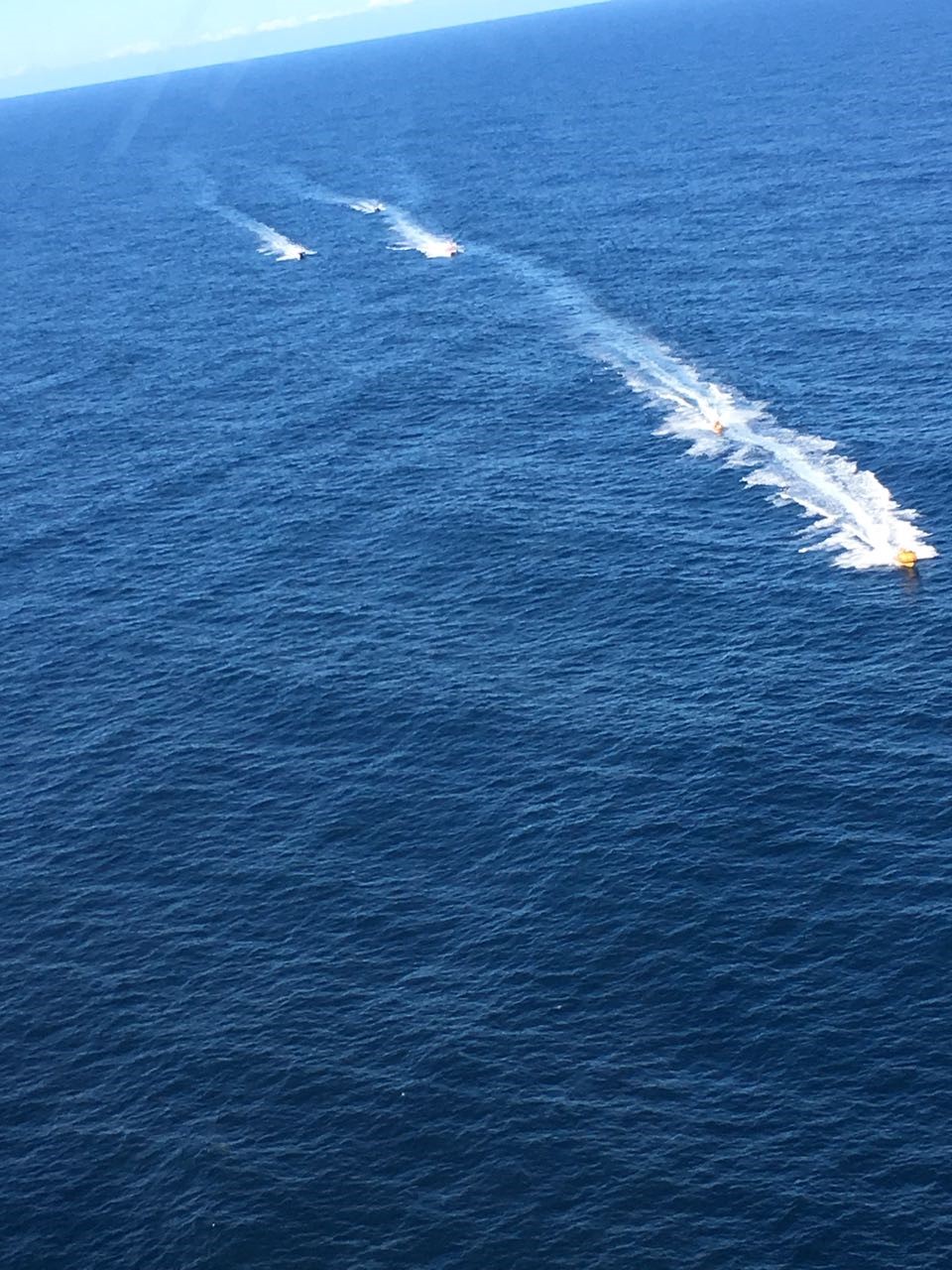 Ray Farnham returning to shore after rescuing the skipper and show the 4 boats involved in the search and rescue operation heading back to shore with the casualty boat Sabrina. 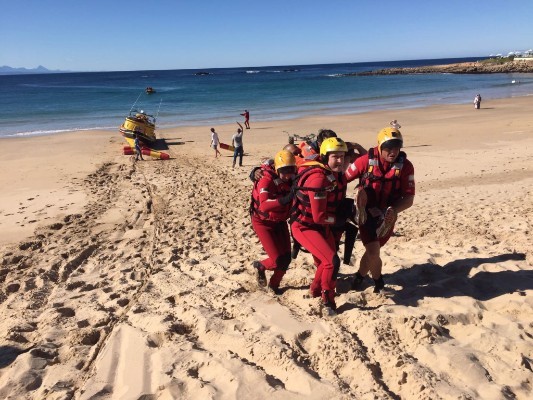 The rescued skipper being brought up the beach to the NSRI Plettenberg Bay base.
TO REPORT A SEA RESCUE EMERGENCY DIAL 112 FROM A CELLPHONE