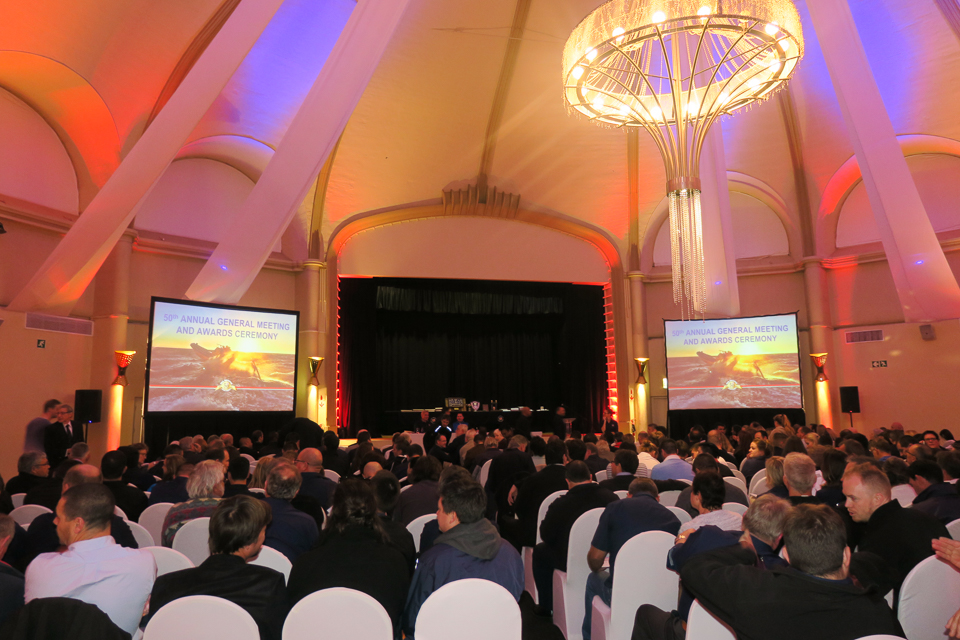 The Awards Committee Chairman, Howard Godfrey set the scene and shared an account of the first rescue, and invited the founder members who served as crew from 1967 were honoured as Honorary Life Members.

The Station 3 crew of rescue boat “Snoopy” based at Three Anchor Bay: the late Ray Lant, the late Bob Deacon, the late Neville Lipman, the late Harry Nagel and the late Cooper Gorton

A video of Howard sharing an account of an early rescue: https://youtu.be/43Xycn9vJkQ

On the afternoon of Thursday 26 November 2015, the 29 metre steel Fishing Vessel BARATZ was sinking with 25 crewmen aboard in rough sea conditions.  They were 2 miles offshore, South East of Cape Recife, Port Elizabeth.  The sea conditions were 4/5 metre swells, with a Force 6 south easterly wind of 25 knots and rain squalls.

A video of John Fletcher sharing the account of the rescue: https://youtu.be/_Km5C7yOjdA

On 27 September 2015, a Mayday call was sent at approximately 18h00 from FV Lincoln. They reported a position 20nm south of Hangklip and 32nm south east of Cape Point, taking on water.  All 21 crew on board Lincoln were preparing to abandon ship. Station 10, Simon’s Town, Station 17 Hermanus, Station 29 Air Sea Rescue, MV Harvest Rising, FV Fuchsia, FV Armana, and FV African Queen, all diverted to the area on hearing the Mayday call.

CEO Letters of Appreciation were presented to: 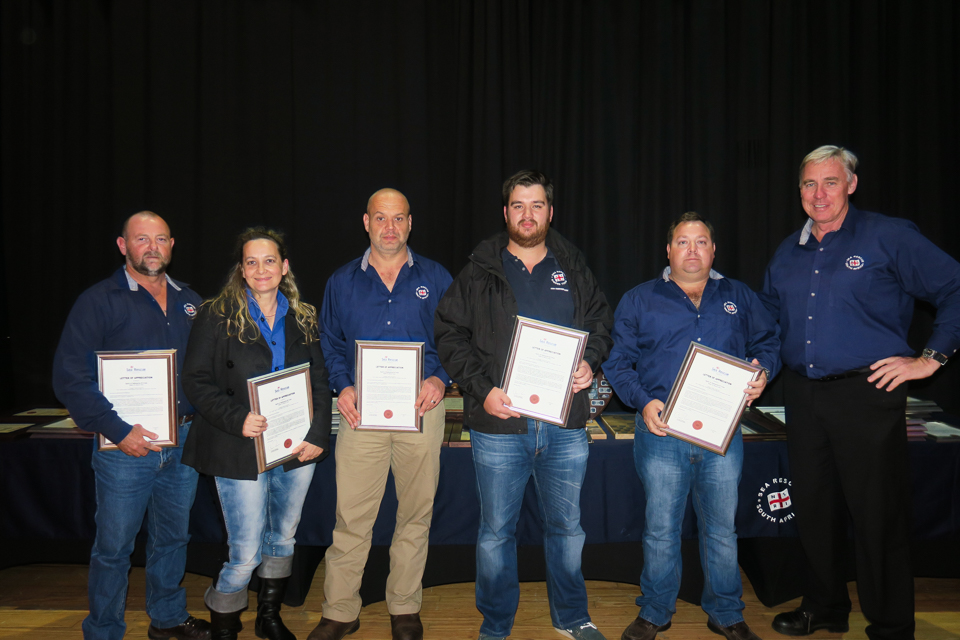 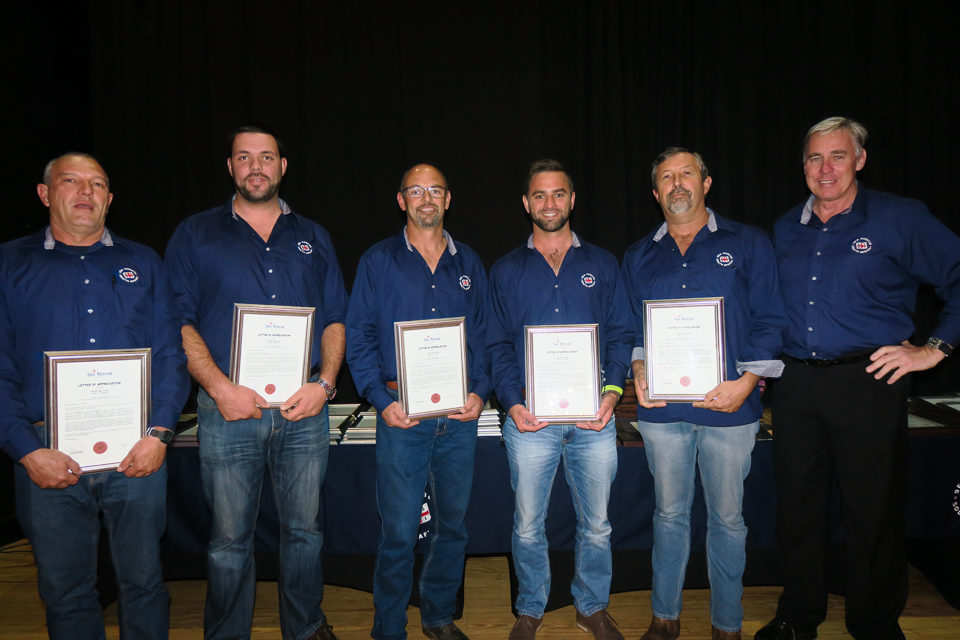 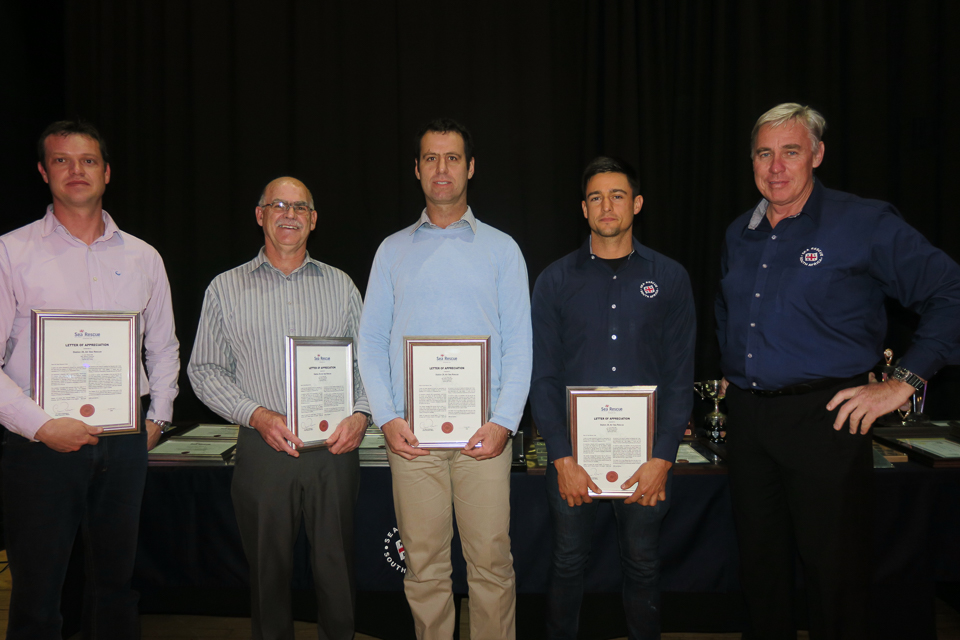 Directors’ Thanks  awarded to:

The Captains and crews of: Harvest Rising, Armana, Fuchsia and African Queen (They were not in attendance, a handover of these awards will take place at their offices)

Our congratulations to two young lifeguards for the rescue of a woman off Strand beach on the morning of Saturday 26 March 2017.

Directors’ Thanks  presented to: Paul Bevis

for his heroic effort on the evening of 25 July 2016 when he went to the aid of two men who were trapped by the flooding at Umlaas river south of Durban. 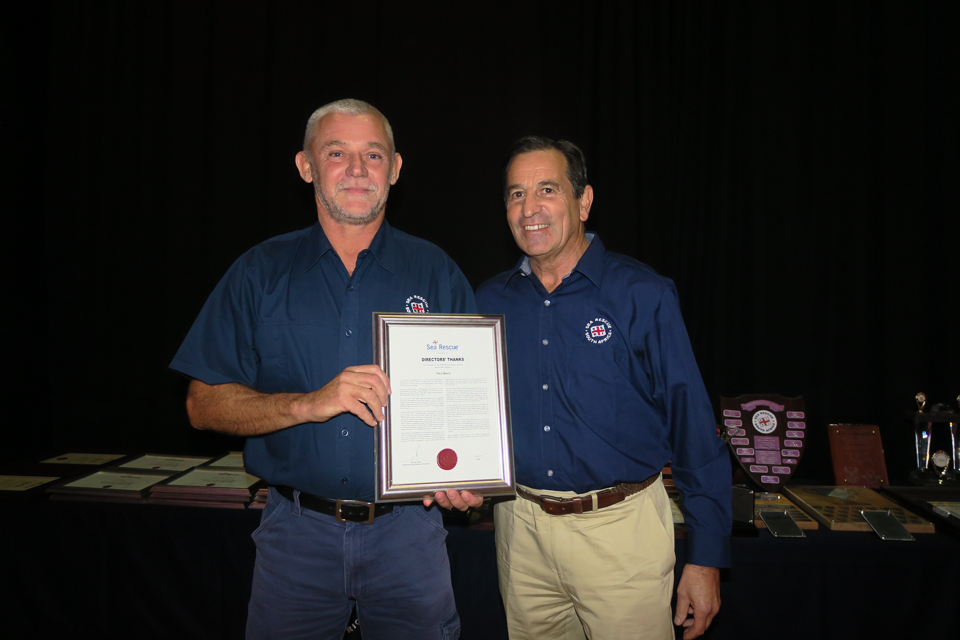 On 09 November 2016, during a violent storm that caused the flooding of the N3 during peak hour traffic.  The swift and decisive actions of Bianca-Lee Bird, Vuyani Dingiswayo and Lucas Bota helped save the lives of many people trapped in their cars on the flooded highway in Johannesburg.

CEO Letters of Appreciation are presented to: Bianca Lee Bird, Vuyani Dingiswayo and Lucas Bota (Vuyani and Lucas not in attendance, a handover of these awards will take place at their offices)

For coming to the rescue of the man swept off the rocks at Three Anchor Bay.

Awarded to Mr Ian Richard Wienburg in recognition of his dedication, commitment, passion and immense contributions as champion of maritime search and rescue services in South Africa. 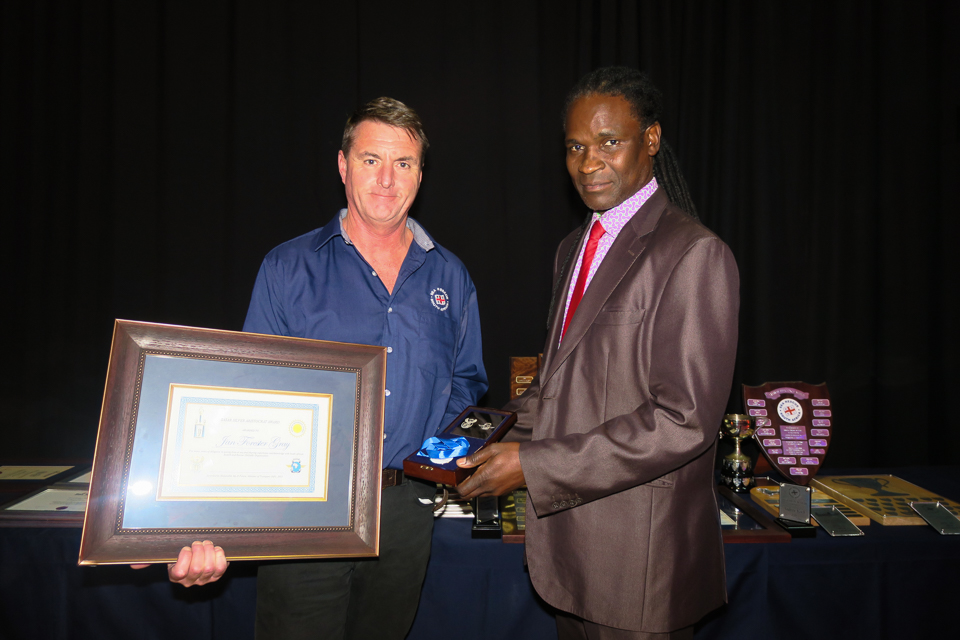 Awarded to Mr Robin Fortuin for demonstrating extreme bravery, courage, selflessness and exceptional skills during a search and rescue mission. 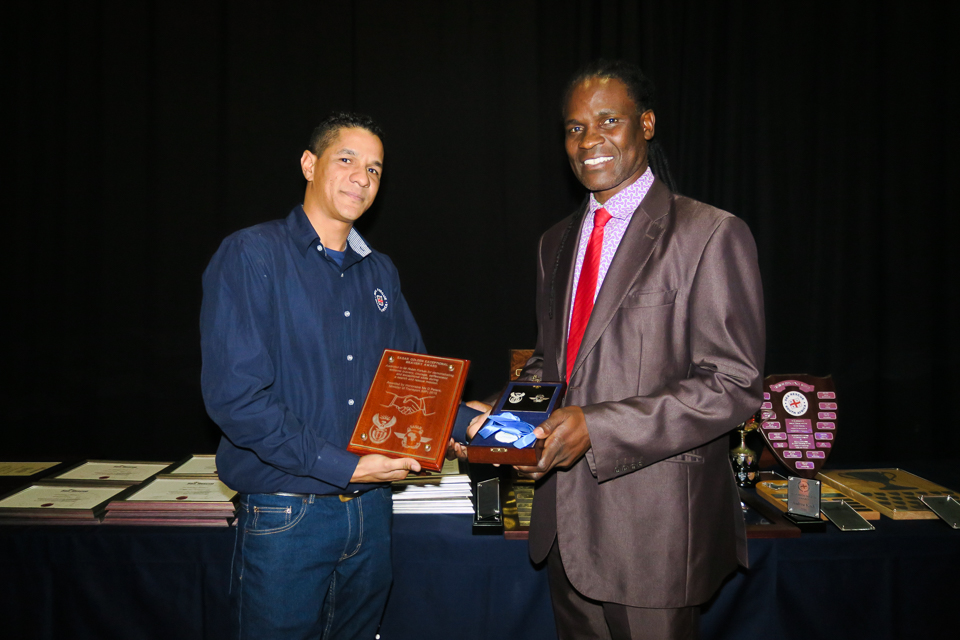 The Most Improved Station of the year 2016 was awarded to: Station 26 Kommetjie

The Best RIB Station of the year 2016 is awarded to: Station 23 Wilderness

The Pat O Sullivan Trophy, for the best Class 1 Station 2016 is awarded to: Station 3 Table Bay

MARMION MARSH TROPHY 2016 awarded to: Andrew Koch of Claremart Auction group for offering his time and expertise at our Annual Wine Auction which we host together with Rotary.  He has done this consistently for an incredible 17 years and always at no charge. 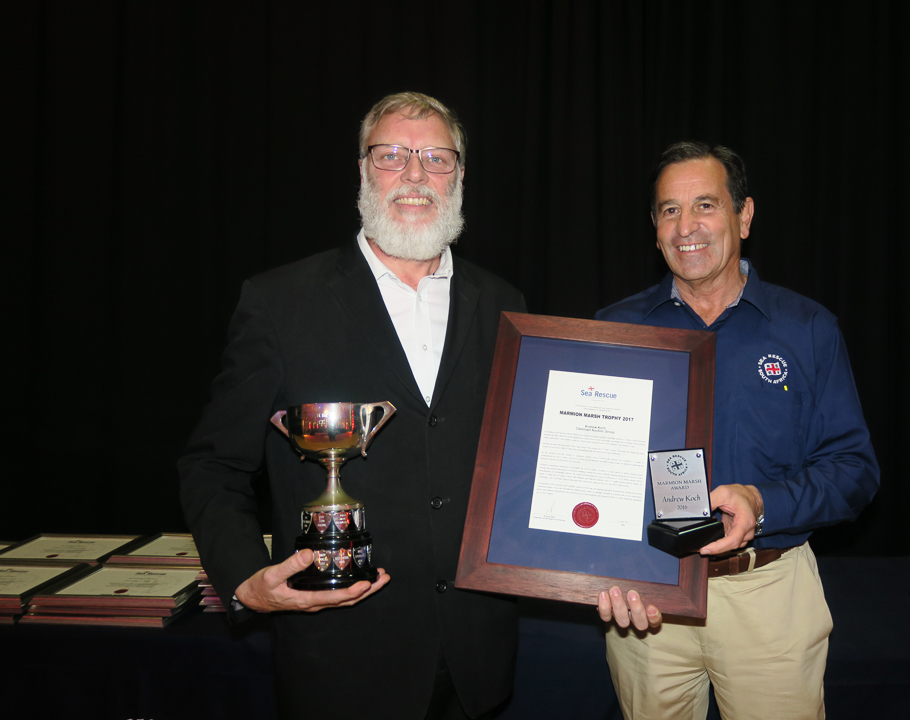 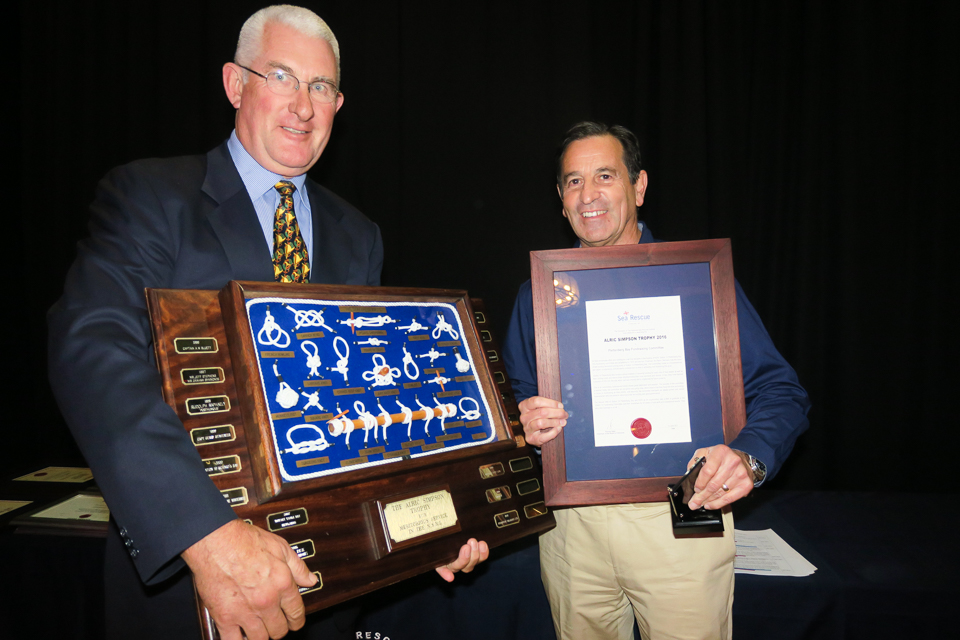 Directors’ Thanks to Mike Elliot – on the occasion of his standing down as Operations Board Member for NSRI Region 3, Eden District. (not in attendance – Hennie Niehaus received on his behalf)

Directors’ Thanks to Dick Manten – on the occasion of his standing down from the position of Station Commander of Station 22, Vaal Dam. 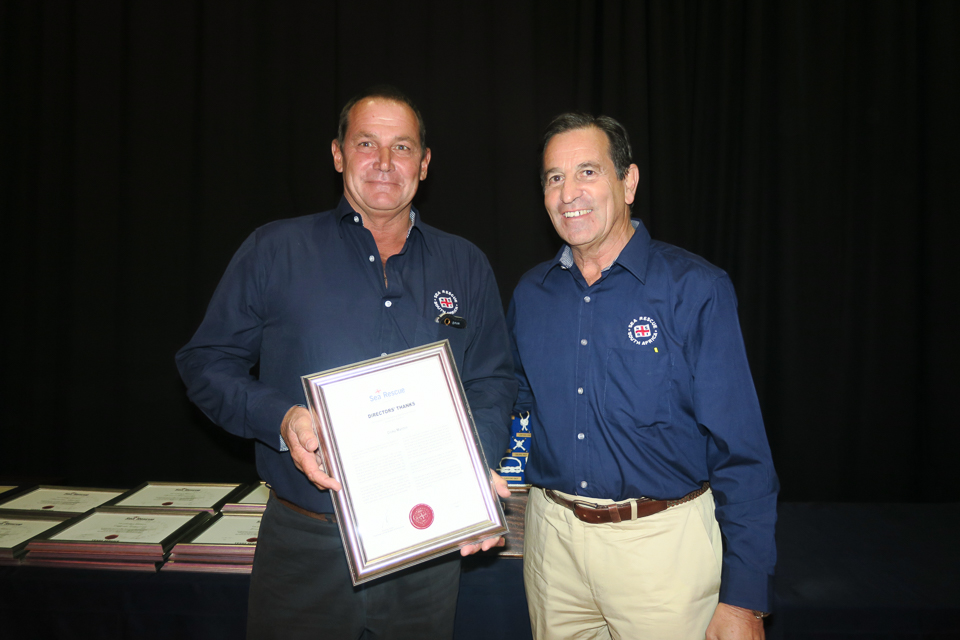 Directors’ Thanks to Hennie Niehaus – on the occasion of his standing down from the position of Station Commander of Station 23, Wilderness. 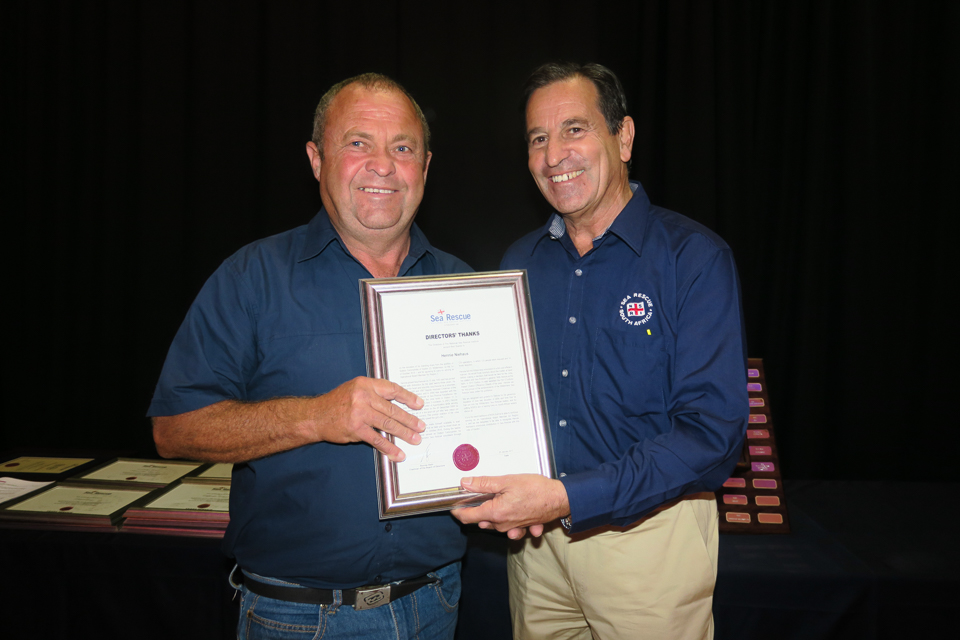 Chairman’s Letter of Appreciation to Chris Hudson – on the occasion of his standing down from the Awards Committee. 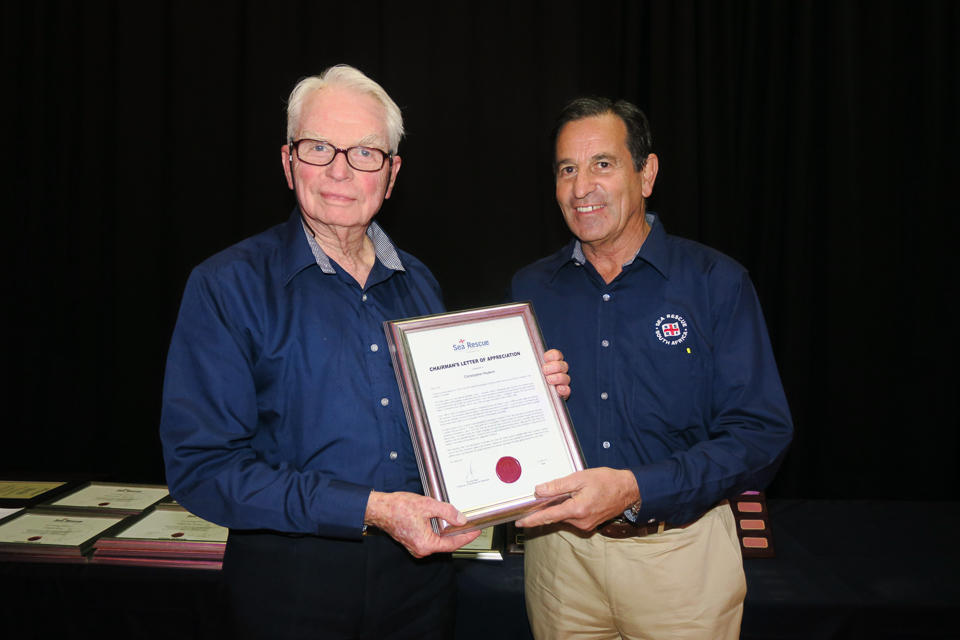 Chairman’s Letter of Appreciation to Mike Meyer – to record our appreciation for your work as one of the founders of the South African Whale Disentanglement Network (SAWDN). 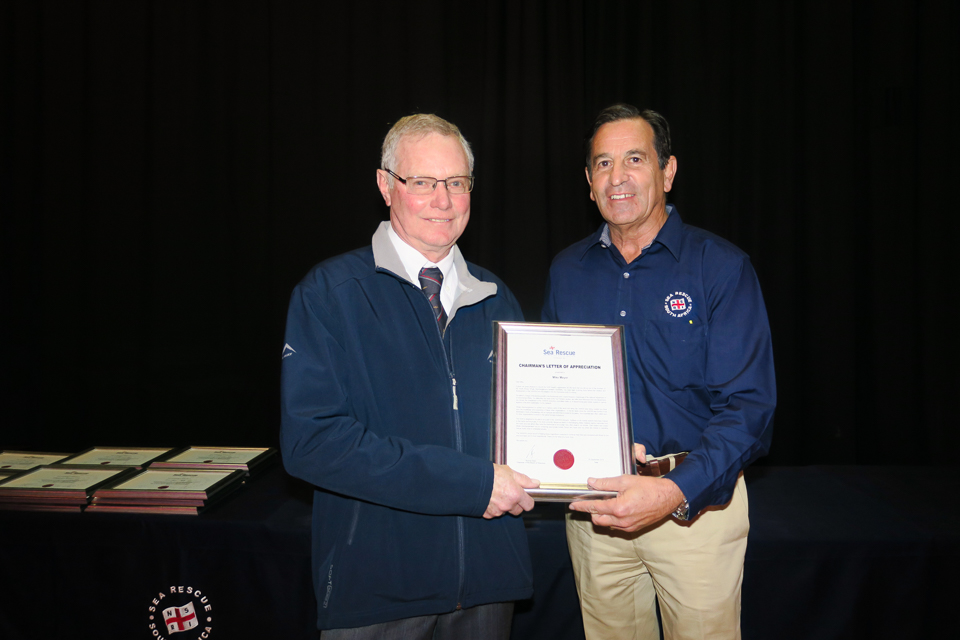 Video of Mike sharing his experiences of whale disentanglements: https://youtu.be/obpIeQ07F2Y

Allan Cramb shares a few of his favourite memories as he looks back over 50 years: https://youtu.be/tqh-JVZAgcY

Download for all citations handed over to our Award Winners: AGM Citations

Thank you to everyone who came to share this special occasion with us.