Jeremiah Jackson, NSRI Shelly Beach station commander, said:   At midday, Wednesday, 05 April, NSRI Shelly Beach duty crew prepared to launch the sea rescue craft Spirit of Dawn following a request for assistance from the Shelly Beach Control for the boat Lucky Sands with mechanical failure on one of her motors with 10 crew onboard off-shore of Shelly Beach.

All involved in the operation are commended for their efforts.

The Sea Rescue craft Spirit of the Vines was launched and on arrival on the scene a 43 year old local man was found paddling towards the shoreline at the back-line off-shore of Longbeach.

The man was not injured and taken aboard our sea rescue craft and his board and sail were recovered.

He was brought safely to shore at the Kommetjie slipway and he required no further assistance.

It appears that while windsurfing a lull in strong gusting to 35 knot winds in a 3.5 meter swell caused him to be unable to get wind-born and he had no choice but to start paddling towards shore when the alarm was raised.

We launched the sea rescue craft Rescue 15 and on arrival on the scene we found the yacht Mega Motion unmanned and we towed the yacht into the Mossel Bay harbour without incident and the yacht was safely moored. 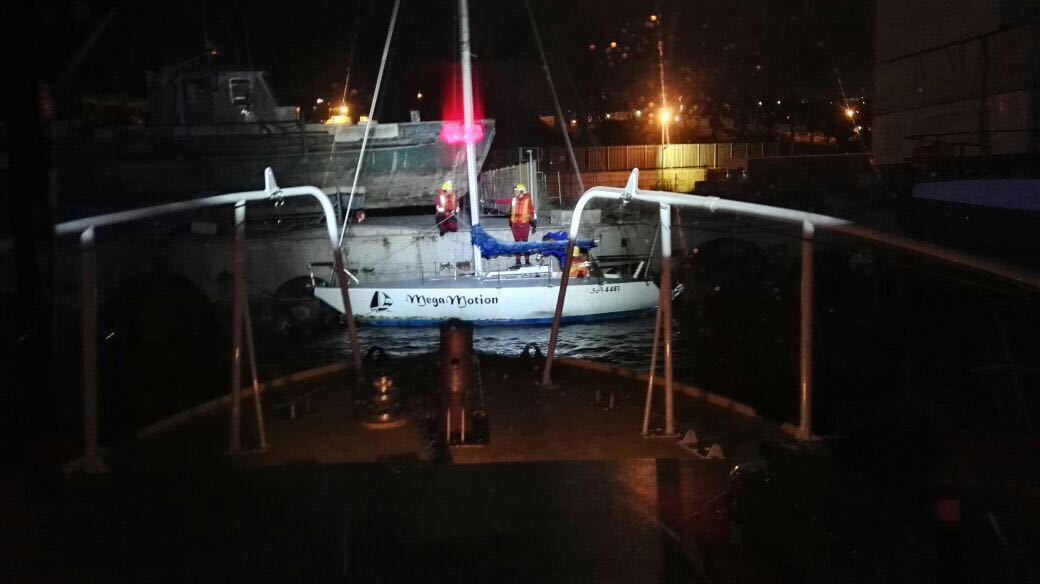