At 07h30 on Sunday the 25th of September a multi-disciplined scenario based rescue training exercise was kicked off in the Keurboomstrand area.

The rescue scenarios included injured patients on rocks, on a cliff face and up stream on the Matjies River. The testing scenarios were designed to focus on organisation co-operation on the ground as well as Joint Operations Centre creation and control. The teams exercised their response and triage, as well as extraction of patients via foot, helicopter, rescue boat and rescue vehicle.

The four hour exercise was completed with a debriefing back at Plettenberg Bay Sea Rescue station at 12h00 noon. 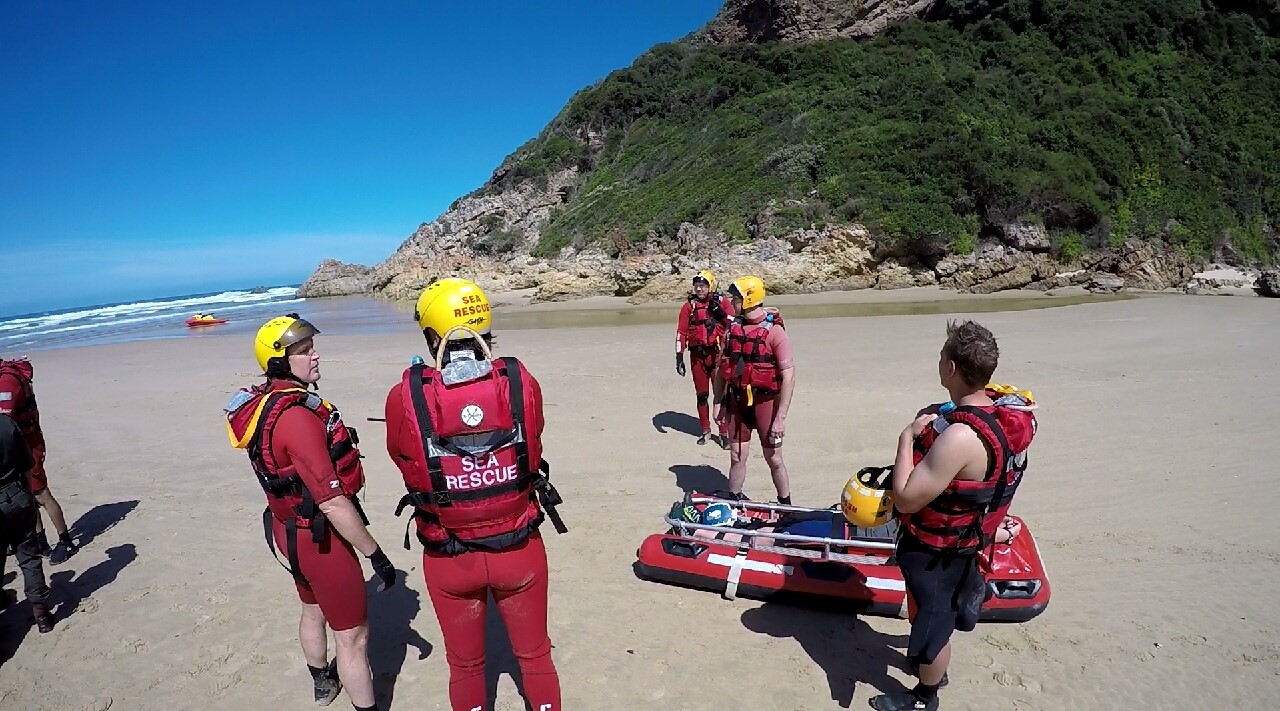