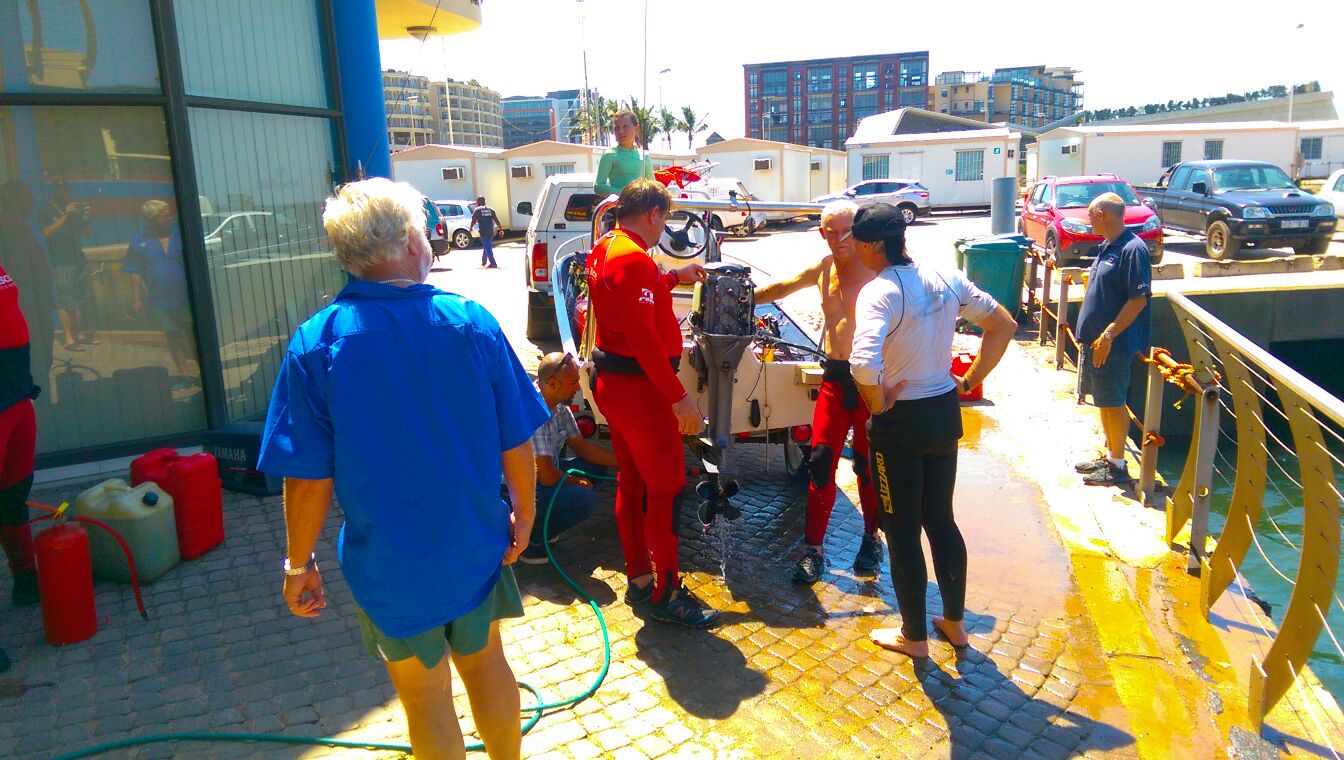 At 09h30, Saturday, 05 March, NSRI Durban duty crew were activated by the Transnet National Ports Authority (TNPA) following eye-witness reports of a small boat capsized off-shore of The Bluff with reportedly two persons on the boat.

The sea rescue craft Megan II was launched and Netcare 911 ambulance services were activated. While responding to the scene the casualty, a 52 year old man from Durban, had called sea rescue from his cellphone reporting the he and his 10 year old son were half a nautical mile off-shore of The Bluff holding onto their capsized craft and requiring assistance. On the sea rescue craft arrival on the scene,  the father and his son were found holding onto the upturned hull of their 3.2 meter skivvy boat.

They were both rescued onto the sea rescue craft and they were found to be not injured (the Netcare 911 ambulance response was cancelled) and they were brought to shore at Vetchies Pier. Their capsized boat was also recovered. It appears that rope had entangled around the small boats motor and while they were trying to free the rope the boat had capsized.

Both the father and son were wearing wetsuits and they had on life-jackets and when located by sea rescue they were found to be safe and in command of the situation giving sea rescue the impression that they were well prepared for any emergency at sea. They had also managed to recover their capsized kit and they were able to use their cellphone to call sea rescue.

They were not injured and once safely ashore they required no further assistance. 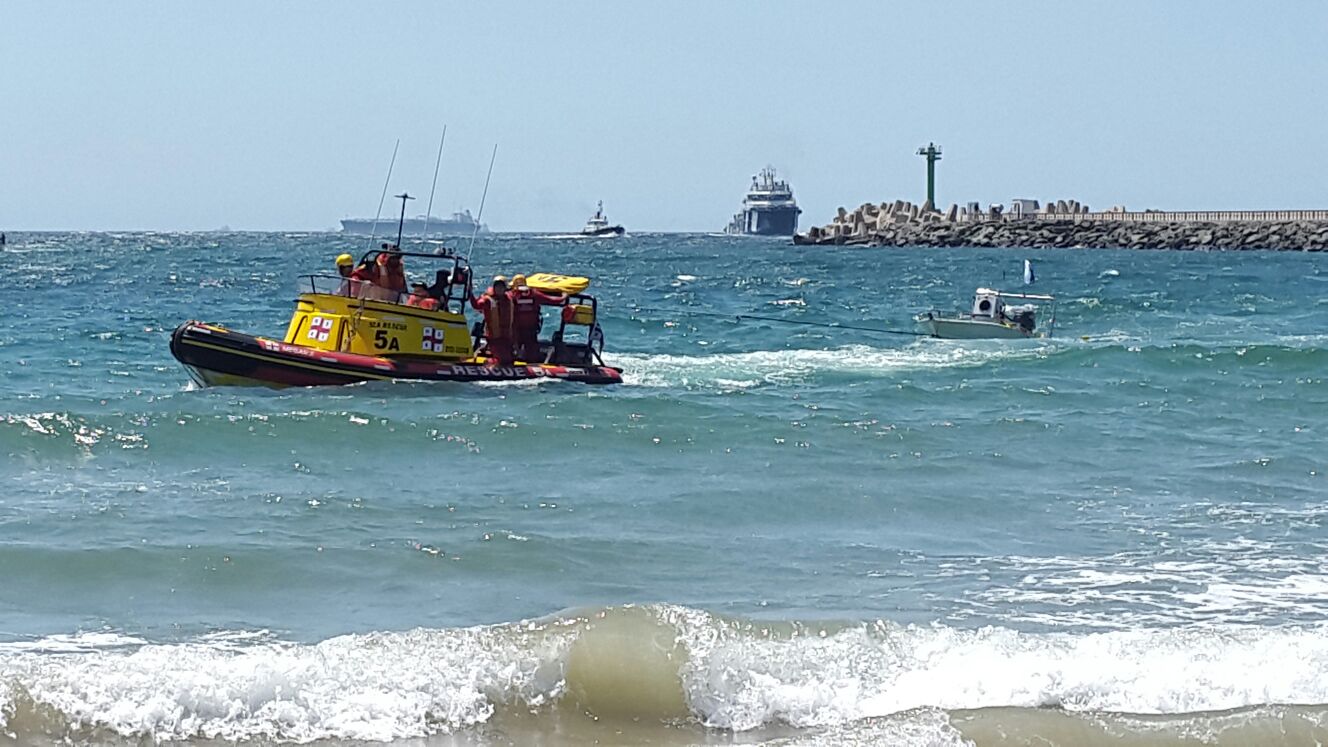