At 08h28 on Tuesday the 5th August, NSRI Hout Bay volunteer sea rescue duty crew were activated following reports from Hout Bay Neighbourhood Watch of a sedan crashed through the bridge railings of the Disa River bridge on Princess Avenue, Hout Bay, and in the Disa River and unknown if people were still trapped inside the vehicle.

On arrival on-scene we found a local Hout Bay Neighbourhood Watch member and local fishermen had hooked up his vehicle winches to a sedan, that was on its roof in the swollen river with only the wheels and under chassy protruding out of the water. This was to prevent the vehicle from being swept down river. A Cape Town Fire and Rescue Services fire tender that arrived on the scene then also attached their winch to the crashed vehicle.

It was unknown if a search needed to be conducted for the missing people further downstream.

Rescuers wading into the water could then confirm that there were still people trapped inside the vehicle.

The Fire and Rescue Services vehicle, using a winch, began to raise the crashed vehicle out of the water and to stabilise the vehicle we used the winch on our sea rescue vehicle which was now also hooked up to the crashed vehicle. With the crashed vehicle sufficiently out of the water Fire and Rescue Services removed a side and the back window and our sea rescue volunteer Geoff Stevens climbed into the vehicle where he located and recovered at first two females and then he located and recovered a third female and assisted by fellow rescuers they were brought onto the river bank where sadly they were declared deceased by paramedics.

The deceased females have been handed into the care of the Forensic Pathology Services.

The two survivors have been transported to hospital in stable conditions by ER24 ambulance.

Police have opened an inquest docket and are investigating the cause of the accident.

A Metro EMS rescue crane was used to remove the vehicle from the river. 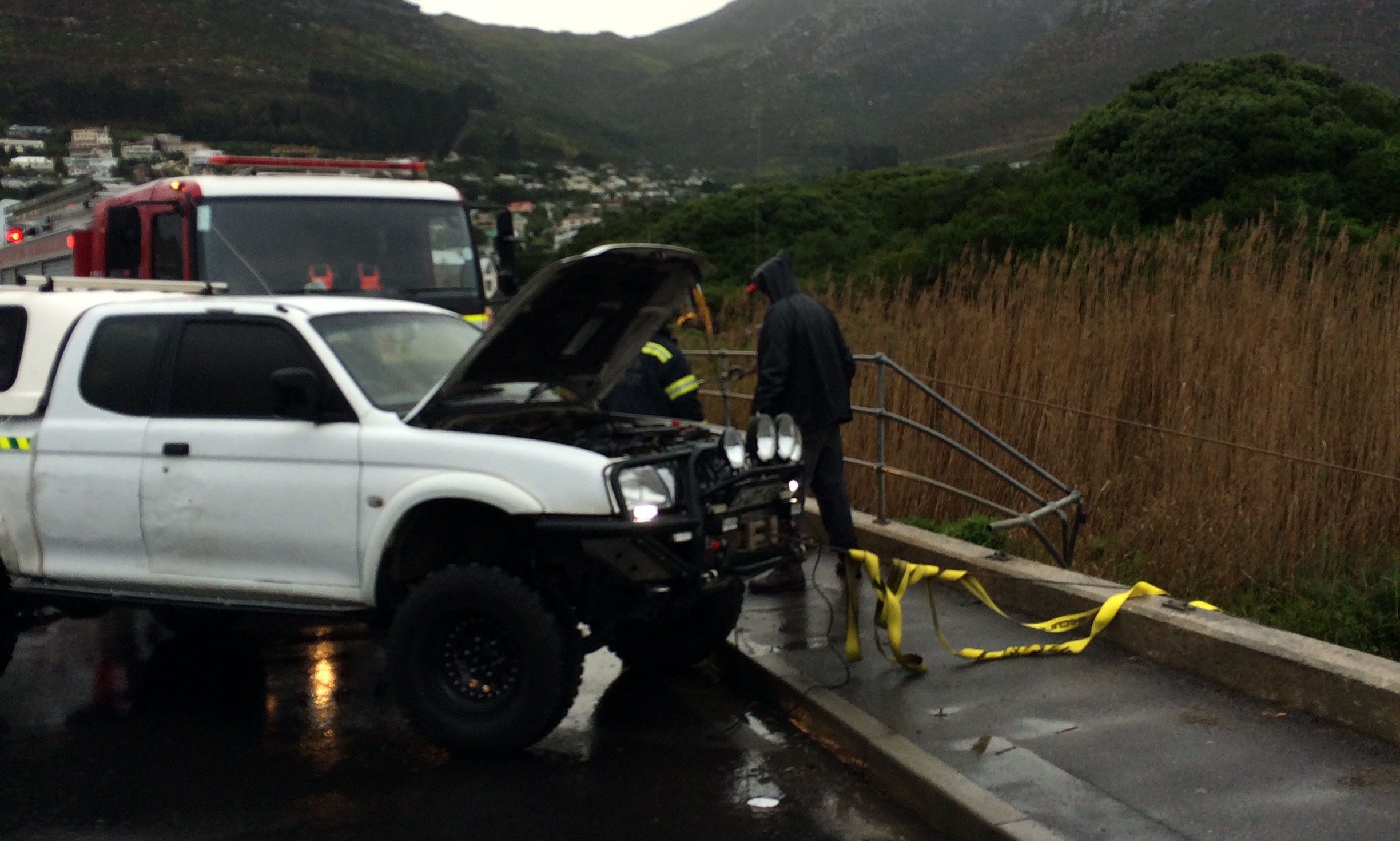 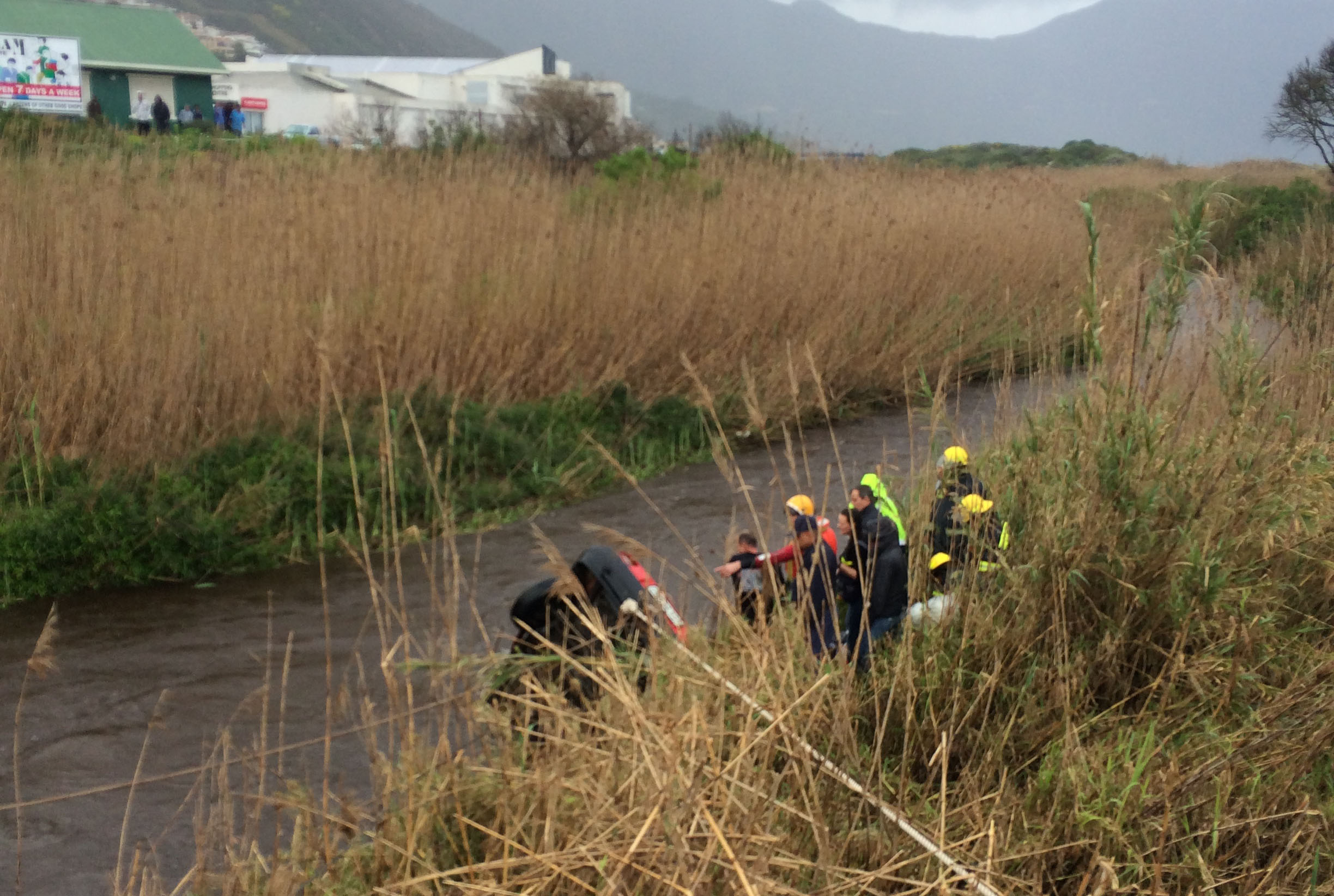 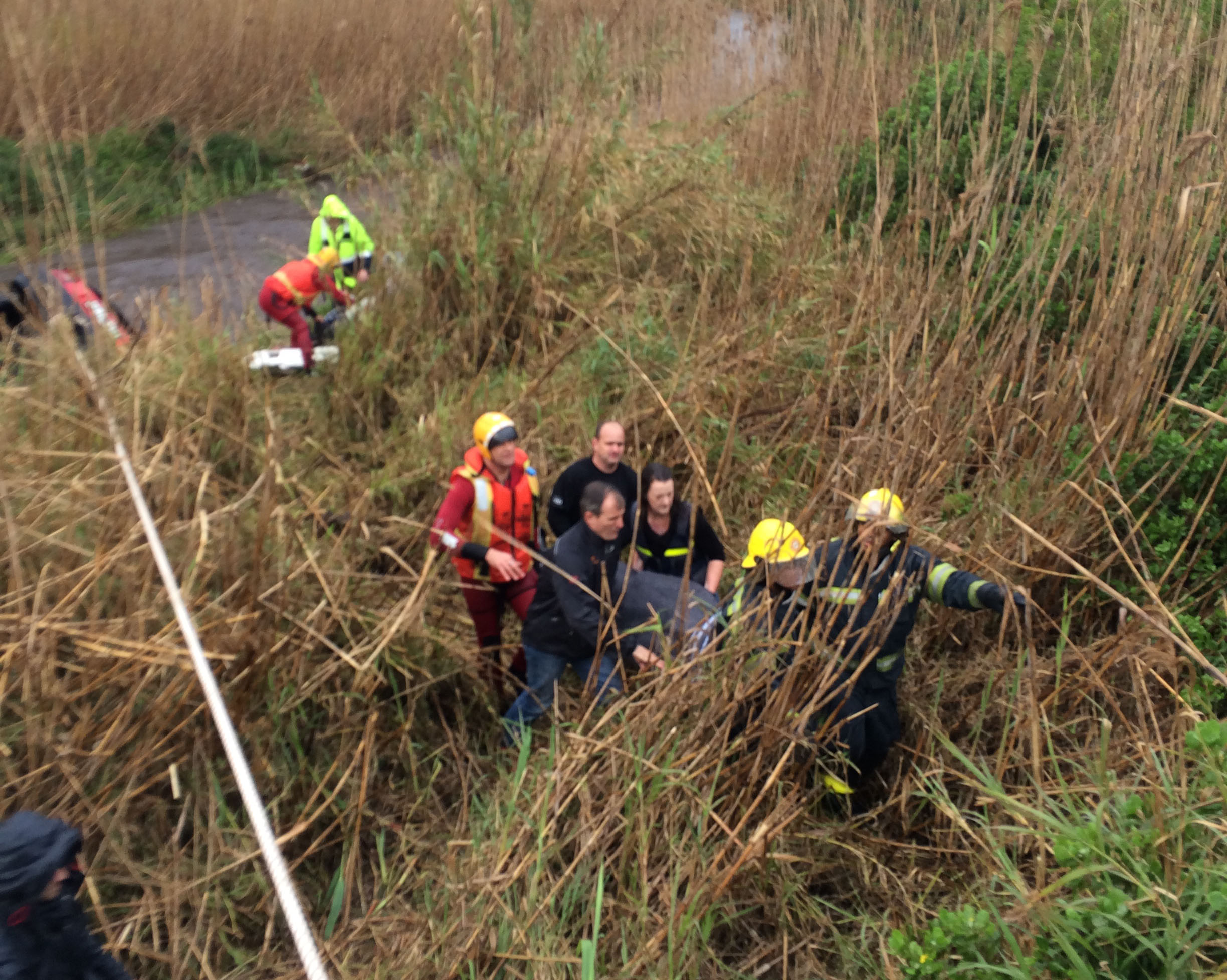 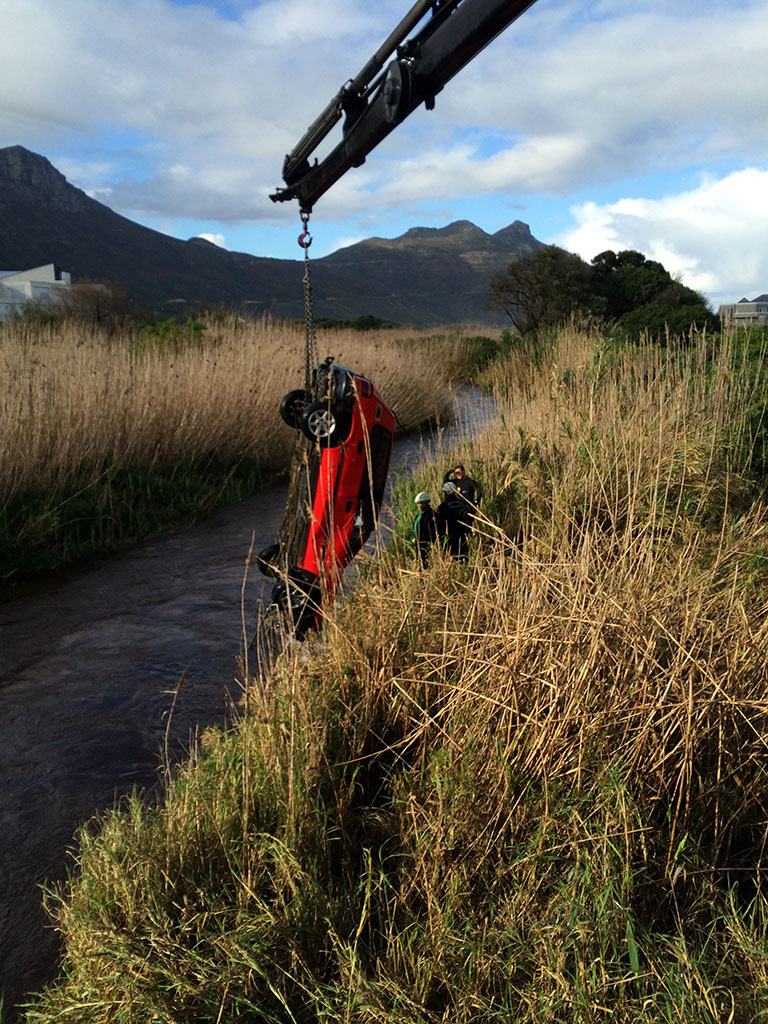