The yacht, with a Johannesburg skipper, carrying two Johannesburg crewmen, a Cape Town crewman and a British crewman, has abandoned their voyage to Seychelles and will effect temporary repairs at Struis Baai for two rudders lost when the yacht reportedly hit a submerged object in the early hours of Monday morning.

After hitting an unidentified submerged object that caused the loss of both rudders the yacht still had motor power but without the use of her rudders the skipper had severely reduced manoeuvrability and they raised the alarm seeking NSRI assistance.

Once temporary repairs are completed in Struis Baai they will return to Cape Town.

Later on Monday afternoon, 23rd June, NSRI Agulhas returned to the yacht to move her to a more appropriate jetty to provide shelter from the increasing wind speeds.

At 06h20 on Monday the 23rd of June, NSRI Agulhas volunteer sea rescue duty crew were activated following a request for assistance from the 40 foot yacht SMART TRI 40, sailing from Cape Town to the Seychelles, with 5 male crew onboard, reporting to have lost both rudders and unable to steer approximately 20 nautical miles South South West of Struisbaai in choppy sea conditions with an increasing wind force.

Our NSRI Agulhas volunteer sea rescue duty crew launched our sea rescue craft VODACOM RESCUER VII and rendezvoused with the yacht finding all 5 men safe and although they have motor power their ability to steer the boat without rudder made it near impossible to proceed.

A tow-line has been rigged and NSRI Agulhas are towing the yacht to Struisbaai expected to arrive at around 13h00 today. 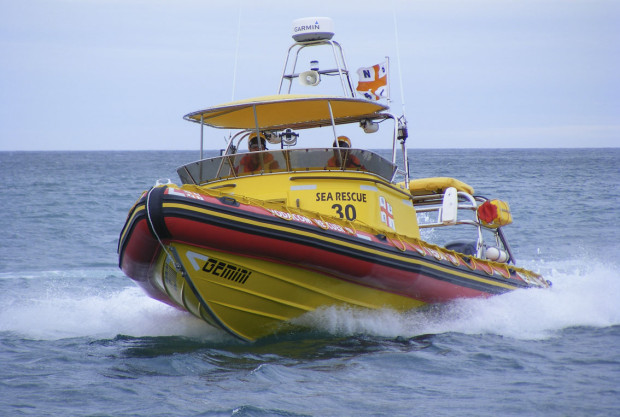