The body of the missing man has been located and recovered from the Krom River during an ongoing search on Monday afternoon and has been handed into the care of the Forensic Pathology Services.

Police have opened an inquest docket and his family are being cared for by Police.

Sincerest condolences are expressed to the family.

At 18h00 on Saturday the 5th of April, NSRI St Francis Bay volunteer sea rescue duty crew were activated following reports of a man disappeared in the Krom River, approximately 10 kilometres up river, after a small canoe that he and two friends were on reportedly capsized while they were paddling on the river.

On arrival on-scene a search commenced for a 45 year old local man who, according to the two friends, had gone missing after their canoe capsised. The two friends had raised the alarm after they had managed to reach the shore. They were not injured. NSRI rescue swimmers were deployed into the water to free dive search. Searches along the river banks and searches by boats on the river continued well into the night but despite an extensive search the man has not been found.

Today, Sunday the 6th of April, our NSRI St Francis Bay volunteers have deployed their boats to assist the Police with the ongoing search. A Police K-9 dog search and rescue unit are also on the scene assisting. A Police Dive Unit has been alerted. 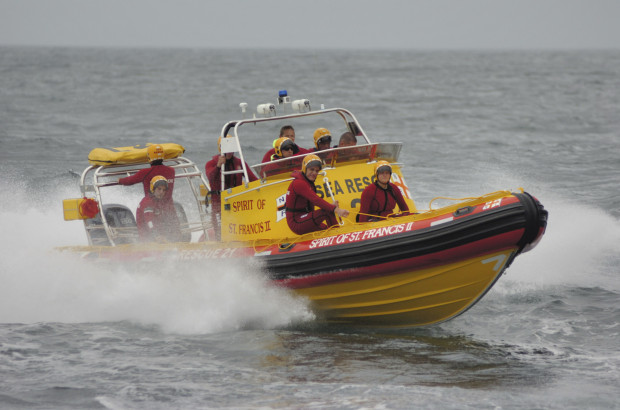