South African Air Force 28 Squadron has been in Cape Town for the past few weeks spending time training in maritime flight operations.

Two NSRI crew members, Robert Fine and Mahboob Ebrahim were invited to fly with the crew and observe the training onboard one of the Hercules C-130 planes.

The mission started early at Ysterplaat Air Force Base on Wednesday morning and after a flight briefing the plane departed for a location just off Saldhana Bay / Langebaan lagoon. Two SANDF  “Casualty” vessels were on scene for the C-130 to spot and then deploy life rafts close to their location.

Upon arrival in the area, the C-130 started a search pattern and once the “casualties” were located, the flight pattern then changed so that multiple smoke markers could be dropped in close proximity. These markers would assist with wind direction and be used so the pilot is able to line up the plane on final approach towards the “casualties” . Once in position, a life raft is pushed out the back of the plane and automatically inflates once in the water. A small parachute assists in breaking the fall.

The Hercules C-130B transport has a range of approximately 2700NM and 8 hours endurance. They are able to run search operations up to 1300NM off shore with a 1 hour on site search. (weather conditions etc. dependent)  Different sizes of life rafts can be dropped depending on the number of persons needing rescuing. Additional life rafts are also carried onboard should the first drop not be successful. 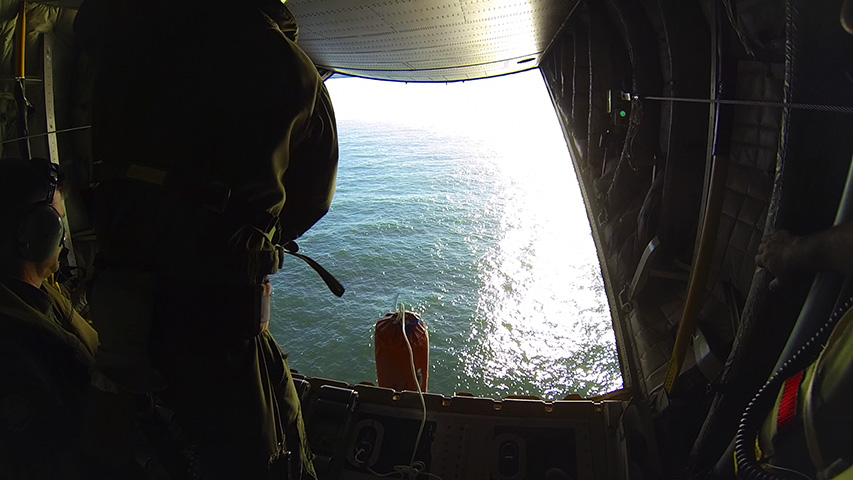 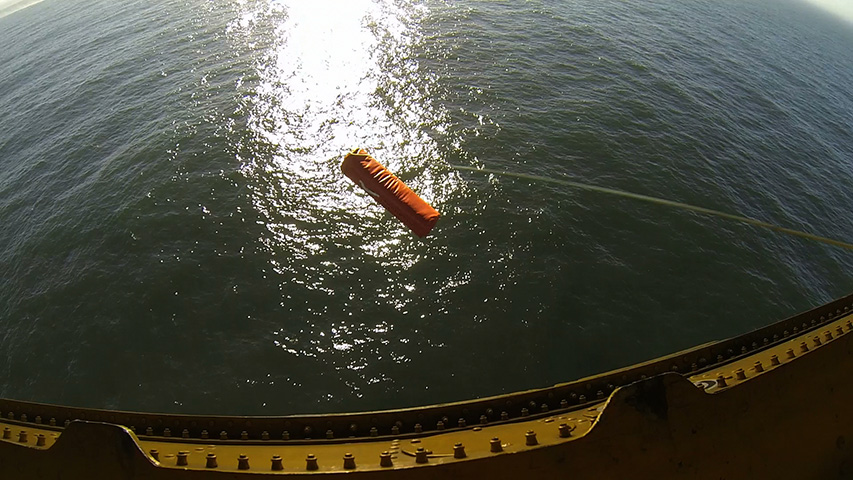