Members of the public had reportedly assisted one whale back into the water and Bay World members transported one whale to a holding tank at Bay World and NSRI were requested to assist the next day, depending on the whales condition, to use sea rescue craft to release the whale at sea.

That whale was monitored through the night by Bay World staff, Marine Scientists and Veterinary Surgeons and appeared to be healthy.

On Sunday morning, 26th January, Bay World reported that what was believed to be the second whale had re-beached again (it cannot be confirmed if it was the same whale) and had also been transported to Bay World for evaluation.

Red Tide had to be negotiated to find a clear area in the sea to release the whales.

That whale was monitored for 45 minutes but worsening weather conditions forced the sea rescue craft to return to base.

Marine Scientists are confident that the one whale would survive and are cautiously optimistic regarding the second whale.

The shore line will be monitored to see if either whale re-beaches. 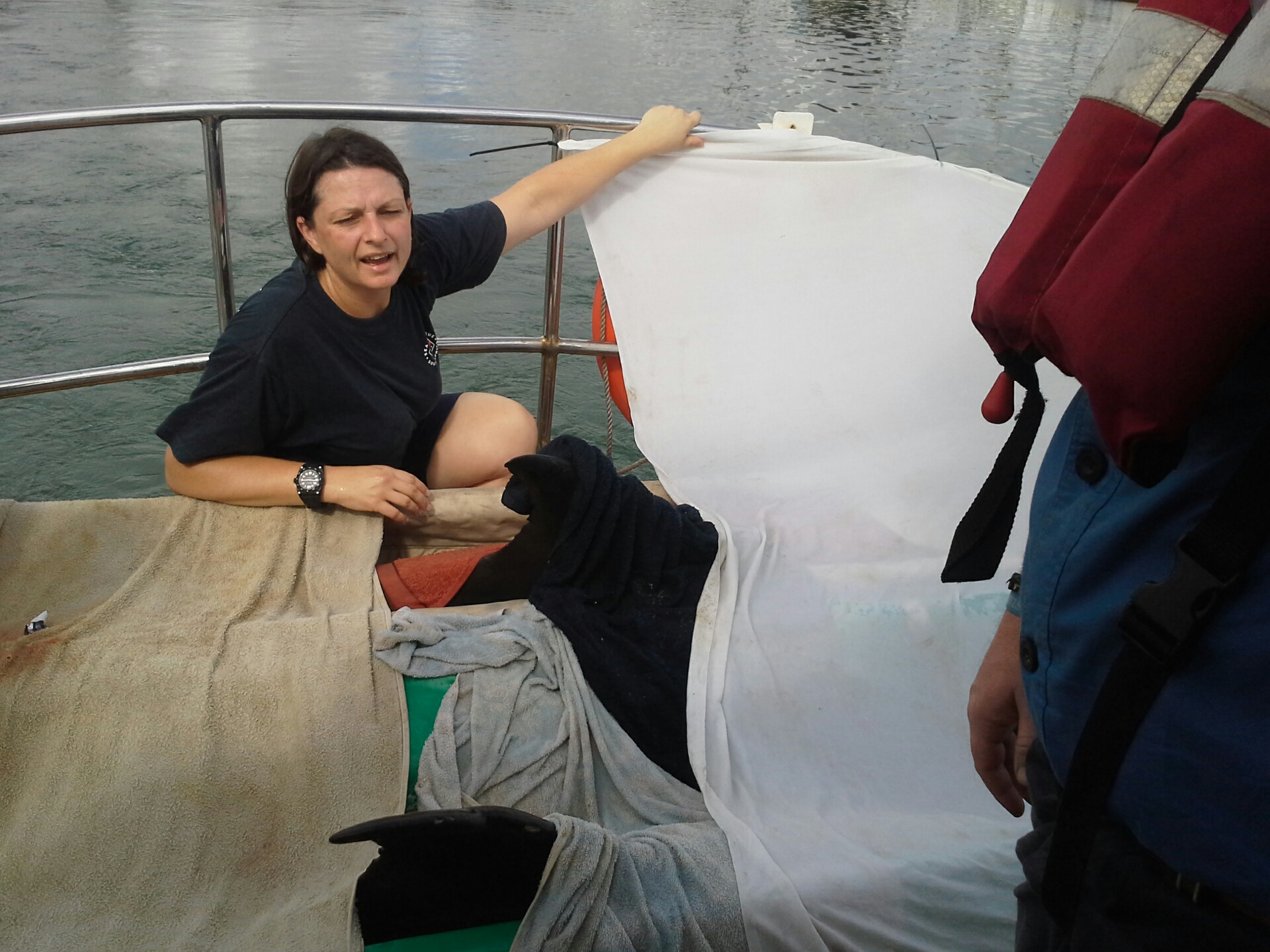