At 18:12 on the 2nd January, Deon Langenhoven, Deputy Station Commander of the NSRI Hermanus rescue base, received a call from a member of the public regarding a boat with engine trouble on the Fisherhaven lagoon. It was a family and there were 5 people on board.

He contacted the skipper on his cell who said that they were drifting right in front of the Arabella Hotel. The engine had stalled and he could not restart it. Hunters Gold Rescuer was towed via the road and launched at 18:50 at Fisherhaven slipway.

Hunters Gold Rescuer headed in the direction of the Arabella Hotel and soon spotted the vessel which had washed ashore on the opposite side of the lagoon near the Arabella. All 5 persons were fine and the vessel was towed back to Fisherhaven slipway. NSRI crew assisted with the recovery of the vessel. 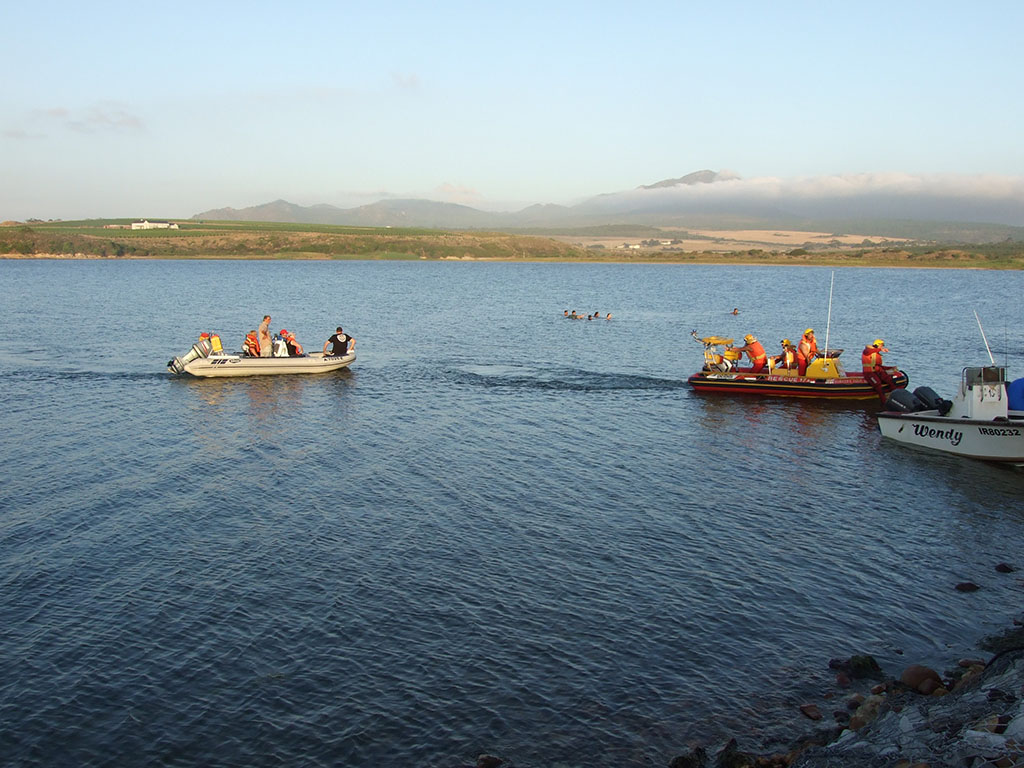 At 20H00 NSRI Hermanus was activated by Port Control regarding a call they received from a woman stating that she and 5 children were on a boat and in trouble. She did not know where she was. Only when the official started naming all the Stations did she say that they were in Hermanus but could not say where. When the official told the caller that they could get into big trouble for hoax calls she put the phone down and its been on voicemail since.

At 21H50 Hermanus was again activated by Port Control regarding red distress flares being fired. After speaking to the lady who called it in and going to investigate, did we establish that it was Chinese lanterns that were let go from Grotto beach at Voelklip.