At 12h40 on Sunday the 12th of January, NSRI East London were activated following reports of a boat with three people on board, capsized in the Ganube River Mouth.

The boat had been washed into the river mouth after capsizing and was stranded on rocks. Lifeguards had swum across to the boat where all 3 people, two men (aged in their 50’s) and a woman (aged in her late 30’s), all from Germany, were found safe on board. Lifeguards assisted the three across the river where arriving NSRI rescuers and EC Government Health EMS paramedics gave them the once overy. As no-one was injured, they required no medical assistance.

The boat could not be recovered from the rocks immediately and Police and SAMSA (the South african Maritime Safety Authority) are investigating the incident and possible arrangements to recover the small boat.

Later, at approximately 16h40, NSRI were informed that lifeguards had rescued one of the same men from the earlier incident, after he had been swept out towards the Ganube River Mouth by currents. It is believed that, while trying to swim across the river to recover personal items from the boat, he had gotten into difficulty. He was not injured and released requiring no further assistance. 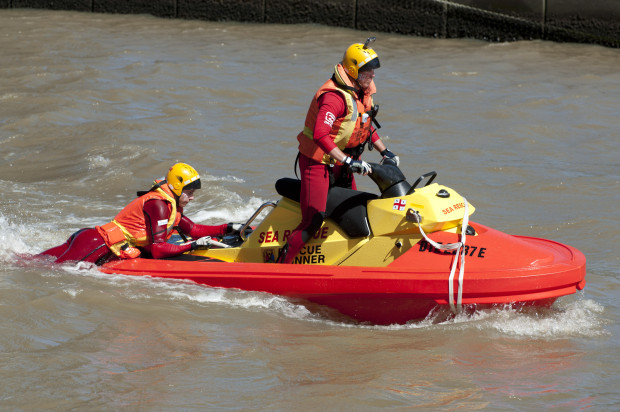