At 11h07 NSRI Bakoven were activated to respond to Mouille Point where 2 people had reportedly been rescued by a passing boat.

NSRI Table Bay, who were on a routine patrol in the area at the time, reached the boat and confirmed that the 2 were safe having already been taken to the Oceana Power Boat Club (OPBC).

An NSRI rescue crewman was put onto the casualty boat after it had been towed further out to sea. The crewman was able to start the motor and delivered the boat to the OPBC, handing her back to her very grateful owner.

It appears the two took a wave broadside which knocked them overboard. Their boat drifted quickly away from them and they were unable to reboard it. 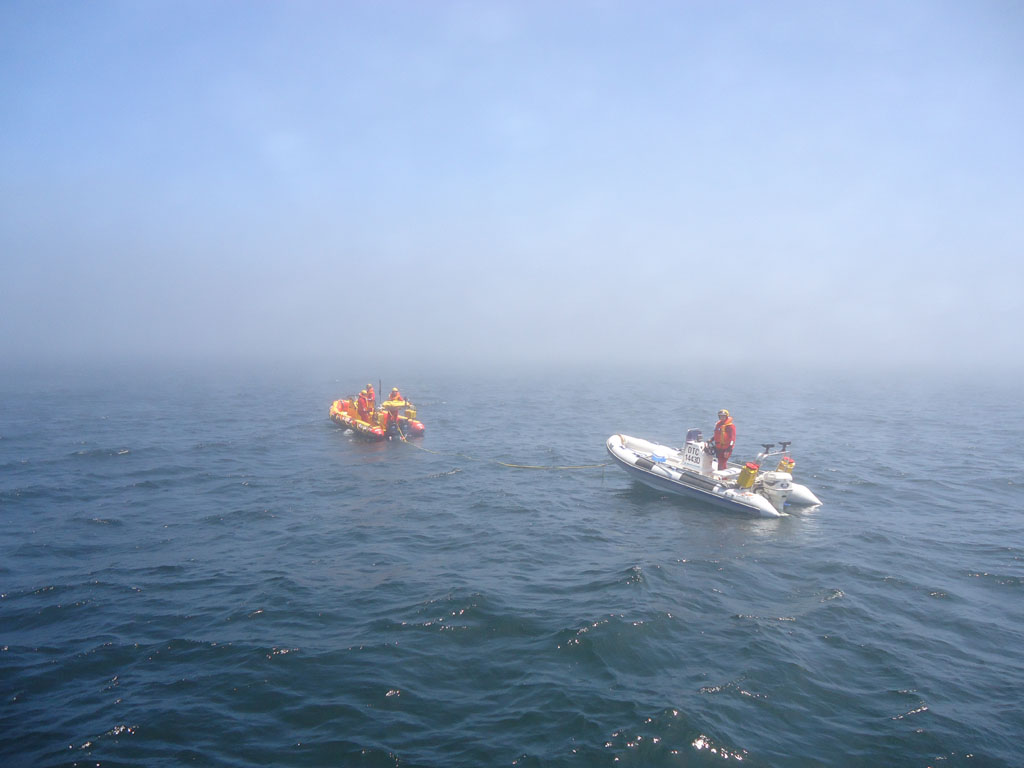 It appears that the man suffered a heart attack after coming out of the water following a swim.

At 18h05 NSRI Yzerfontein were activated to respond to Dassen Island where a 55 year old Cape Town man is believed to have suffered a heart attack aboard an 8 foot motor yacht.

NSRI Yzerfontein rendezvoused with the yacht, which had headed towards Yzerfontein, and paramedics declared the man deceased.

His body has been handed into the care of the Forensic Pathology Services and although the death is believed to be from natural cause,s an inquest docket has been opened by Police as per standard protocol.

At 16h23, Friday the 27th of December, NSRI Wilderness responded to the Wilderness beachfront, in front of The wilderness Beach Hotel, following multiple calls from eye-witnesses reporting 3 people being swept out to sea by rip currents.

On arrival all 3 people were on the beach.

2 off duty NSRI volunteers from another sea rescue station had assisted the 3 casualty’s who had managed to get out of the surf unassisted.

A 42 year old man from Upington was transported to hospital by ambulance in a stable condition for observation for near drowning symptoms.

At 12h00, Saturday the 28th of December, NSRI Wilderness responded to Wilderness Beach following reports of a male and a female being swept out to sea.

Lifeguards and ER24 ambulance services also responded and on arrival on-scene a 22 year old Pretoria woman and a 17 year old Johannesburg man were found on the beach.

Dreyer swam out and rescued the 22 year old woman.

Both casualties were checked on the beach by paramedics, both were warned of secondary drowning symptoms but they have chosen not to be taken to hospital.

Dreyer is commended for his rescue effort.

NSRI Shelly Beach responded at 06h00, Saturday the 28th of December, to assist the fishing boat Viking, that had a 44 year old Pietermaritzburg crewman onboard who sustained a lower back injury after slipping on the deck of the boat.

Accompanied by Medivac paramedics NSRI Shelly Beach rescue craft CALTEX ENDEAVOR rendezvoused with the boat at the back-line off-shore Shelly Beach. The injured man was secured to a trauma board, transferred onto the sea rescue craft and brought to shore where a Medivac ambulance has transported him to hospital in a stable condition.

Then at 07h02, NSRI Shelly Beach launched Caltex Endeavor to assist the charter boat AQUA PLANET which had suffered one motor mechanical failure, with 12 people onboard.

At 11h04, Saturday the 28th of December, Lifeguards at Sardinia Bay, Port Elizabeth swam out into the surf to assist two adult male kite-boarders, a Frenchman and a local man, who were in difficulty.

NSRI Port Elizabeth responded to assist but on arrival on-scene the lifeguards had successfully brought both men out of the water and neither of the two men were injured.

An extensive air, sea and shore search has revealed no sign of a 57 year old Mitchells Plain man that was swept off rocks while crayfishing and was swept out to sea before disappearing under water.

The man is missing and is feared to have drowned.

Police have opened an investigation and are in the process of locating family.