“The ship had made contact with MRCC (Maritime Rescue Coordination Centre) through their ship’s agent at 08h00 reporting the patient to be short of breath.

“The patient is a 56 year old Chinese male and 2nd engineer of the ship.

“The ship, sailing from China to Saldanha Bay, was ordered to sail closer towards shore.

“A SAAF 22 Squadron Oryx helicopter was scrambled from Air Force Base Ysterplaat carrying two SAAF pilots, a SAAF helicopter engineer, 3 NSRI HRU volunteers, an EMS doctor and an EMS paramedic.  Lift off was at 11h19.

“NSRI Hermanus, NSRI Gordons Bay and NSRI Strandfontein were placed on high alert to be on stand-by along the route that the helicopter would be flying.

“On arrival on-scene the helicopter landed on the ship’s deck and the patient was found to be in a stable condition (walking). Medical treatment was initiated by the EMS medical team and the patient has been airlifted to Air Force Base Ysterplaat, arriving at 13h05 where he was transferred into an EMS ambulance and transported to the Christiaan Barnard Memorial Hospital for further treatment. He is in a stable condition.” 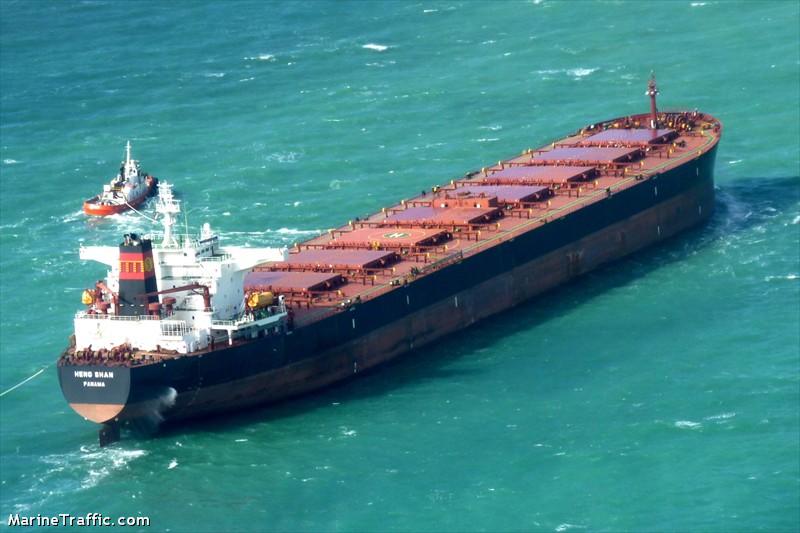