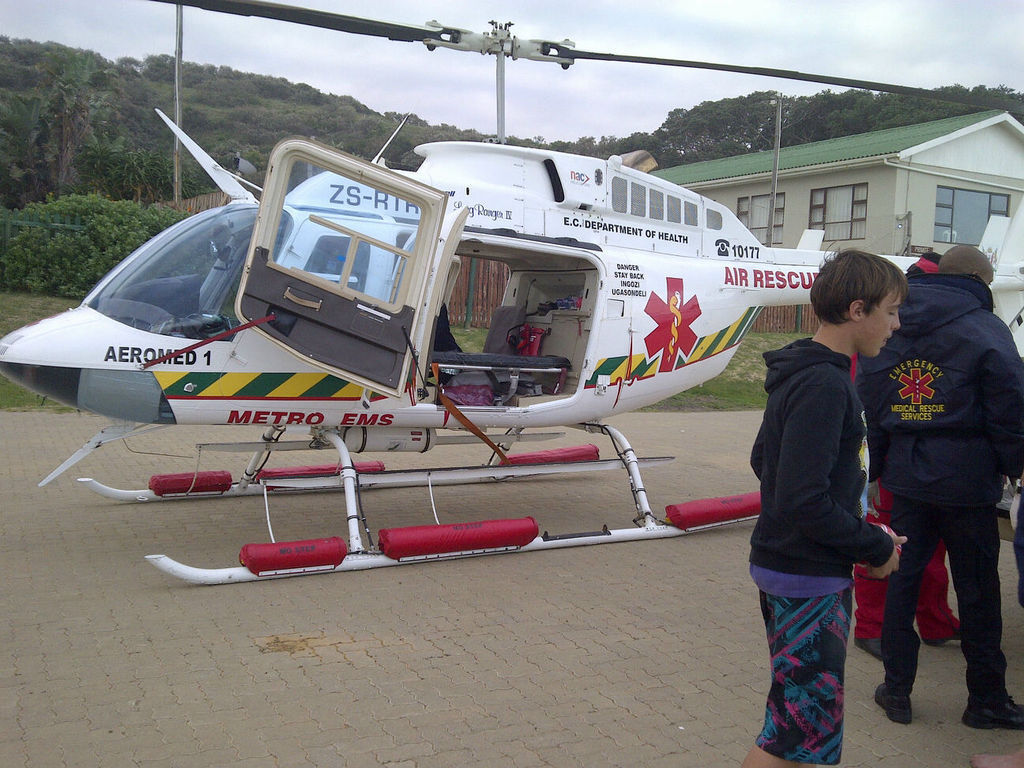 Off-duty NSRI Port Edward volunteer crewman John Nicholas (51) from Port Edward, was on a regular holiday this weekend at Haga Haga, on the Wild Coast, 70 km North of East London, with his family.

While at Haga Haga, as is normal routine, his son Johnathan (13), had gone hiking with friends: Wesley Dragh  (33),  Dafre Trotsky (43) and their four children aged between 6 and 8. (Wesley, Dafre and their 4 children are from Somerset East and also regular holiday visitors to Haga Haga).

At 14h10 (Saturday, 22nd June) Jonathan phoned his father to raise the alarm explaining that Wesley was injured and urgently needing help.  He explained to his dad where they were on the hiking trail.

John raced to the scene but  found that Wesley and the rest of the hiking party were trapped on a ledge that was soon to be swamped by the incoming Spring Tide.

While making arrangements to move Wesley to higher ground, Dafre was then swept off the rocks into the sea by a wave. John jumped into the sea and managed to rescue her, bringing her safely to shore. She was not injured and John then got all of the children and Dafre to safety (to higher ground) and he then carried Wesley about 100 meters to get him off the ledge and to a higher place (out of harms way from the incoming Spring high tide).

John admits it was a race against time as he had the incoming Spring high tide swamping him while he raced to get everyone and the patient off the ledge.

John then phoned NSRI Port Edward station commander Mick Banks asking him to please get him some help as fast as possible. Mick in turn then phoned NSRI East London and they activated the EC Government Health EMS who dispatched their EMS rescue helicopter.

John then arranged two local fishermen to assist him and together they rigged a make-shift pine plank board and carried Wesley about 500 metres up a cliff.

When the helicopter arrived it could not land nearby (in the barely accessible terrain) and John arranged a bakkie to transport the EMS paramedic and his stretcher to where the injured Wesley was.

The bakkie also could also not get directly to the patient an,d once the patient was secured into the stretcher, they had to carry him another 300 meters up a cliff to where the bakkie was and from there he was transported to the helicopter.  Wesley was airlifted to hospital in East London where his fracture was set in a cast.

Wesley returned to Haga Haga this morning and the families are due to return home tomorrow morning. Wesley is due to be operated on Wednesday in Somerset East to further treat his fracture.

While Wesley remains in a lot of pain he is recovering and just extremely grateful for John’s efforts in preventing the situation from escalating out of control. All admit that John’s actions were heroic under the extremely tense and difficult circumstances on the shoreline cliffs of Haga Haga yesterday.

NSRI commend the actions of our NSRI Port Edward crewman John Nicholas for his actions. 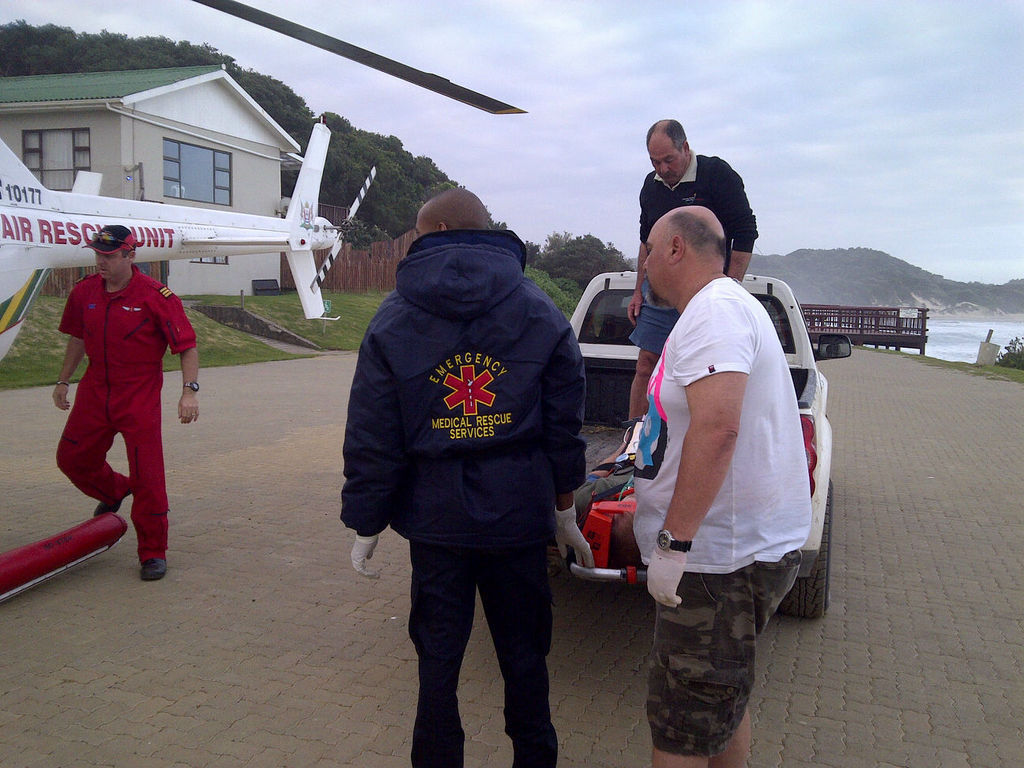 You can just make out Wesley, on a stretcher on the back of the bakkie about to be loaded into the helicopter.