“At 17h42 (Saturday, 25th May) NSRI Port Alfred volunteer sea rescue duty crew were activated following a request for assistance from two anglers, a 35 year old and a 40 year old, males, from Dispatch, Eastern Cape, reporting to be on a rock trapped by the high tide, at Rugged Rocks, 5 km West of Port Alfred.

“The two anglers had reached the rock easily at low tide to go fishing but with the Spring Tide high tide they had been cut off from land.

“Our NSRI Port Alfred volunteer sea rescue duty crew responded by road as the rocky terrain ruled out a boat rescue and on arrival on-scene NSRI rescue swimmers Keryn van der Walt, Stephen Slade and Darryl Olivier swam to the rock where they found both fishermen safe but cut off from mainland.

“A rope and pulley system was rigged and both fishermen were secured into life-jackets and then swum ushore one by one under the guidance and while being assisted by our NSRI rescue swimmers.

“Once safely ashore they required no further assistance.

“The two fishermen retrieved their fishing gear at low tide.” 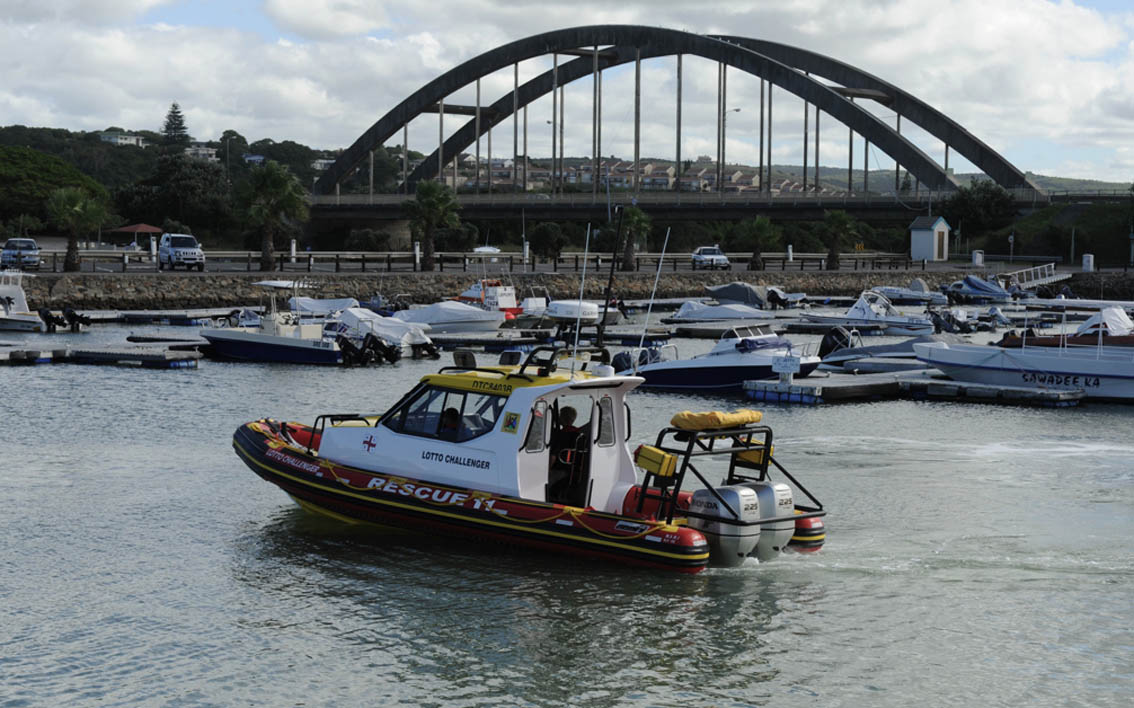