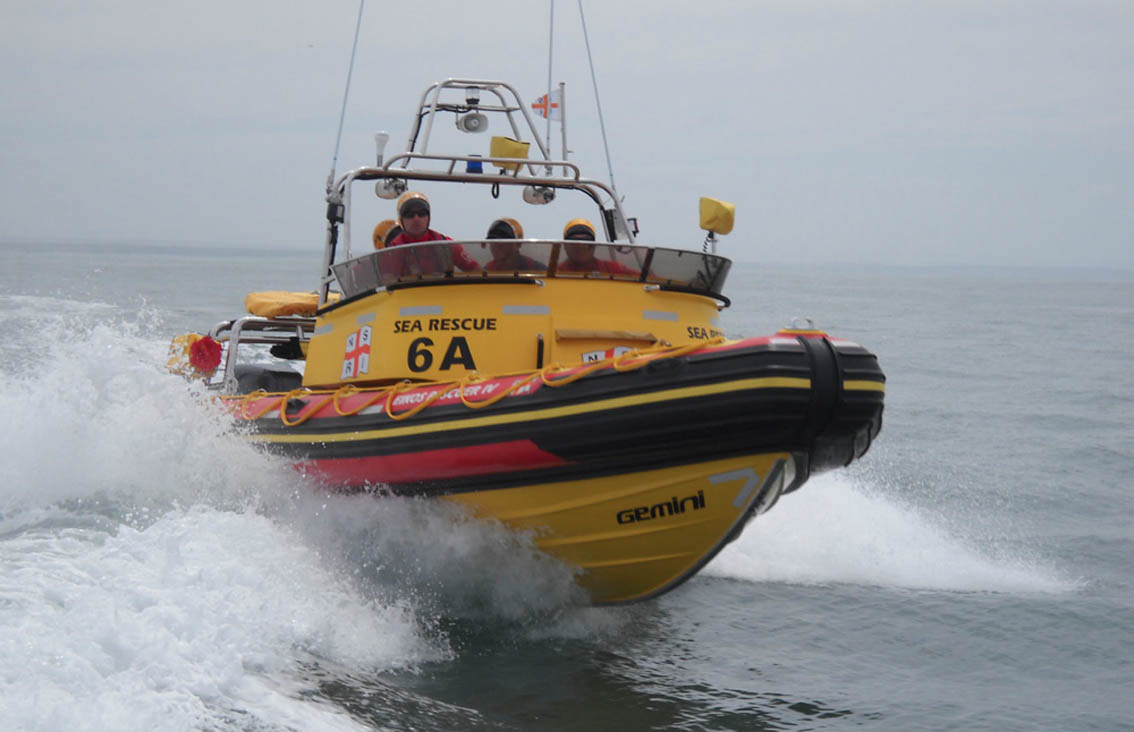 At 17h45 on Monday the 4th of March NSRI Port Elizabeth duty crew were called out following reports of a 5.8 meter rigid inflatable boat adrift at sea,with 3  men on board. They were thought to be between Schoenmakerskop and Sardinia Bay, 15 nautical miles from the Port of Port Elizabeth, with motor failure.

Ian Gray, NSRI Port Elizabeth station commander, said that our Port Elizabeth volunteers launched EIKOS RESCUER IV and on arrival on-scene, in fading light and 3 to 5 meter rough sea swells and a 15 knot wind, a search commenced with the hope of finding the drifting boat before nightfall.

Aircraft coming in to land at Port Elizabeth Airport were requested to be on the lookout as the search area was in their flight path.

At approximately 19h30 both our sea rescue crew aboard EIKOS RESCUER IV and an Airlink commercial aircraft that was coming in to land spotted the drifting boat, 2 nautical miles off-shore, as night fell. All 3 men were found safe and not injured.

It is expected that their boat will wash ashore in the area.